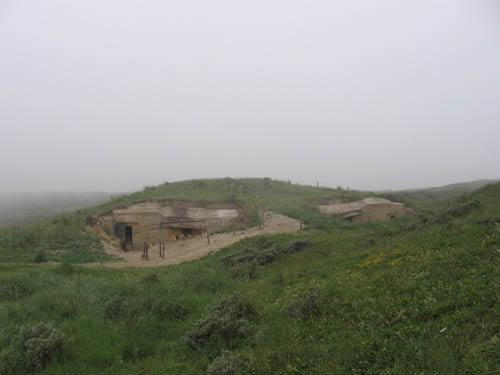 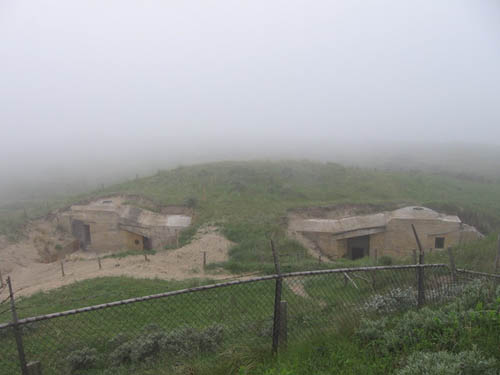 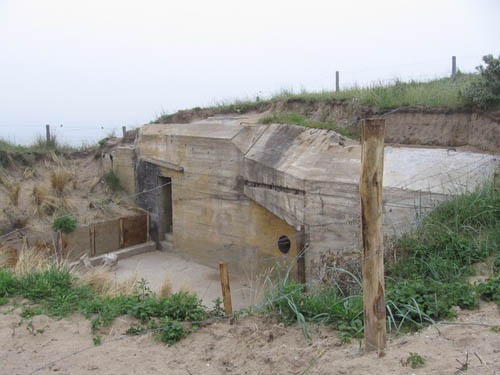 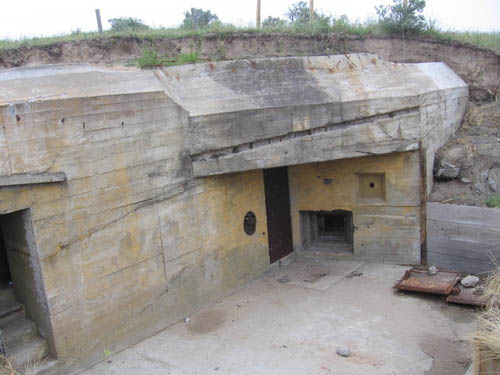 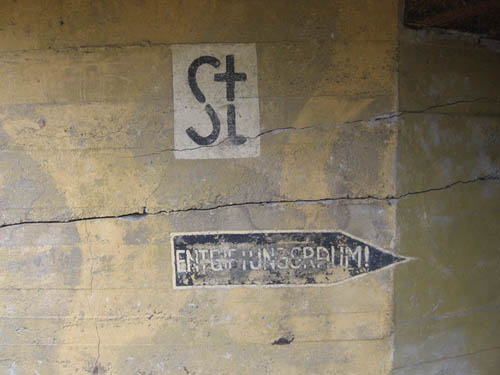 The construction of this V143 type bunker was completed in September 1943. A large "Mammut" type radar screen was standing on top of the bunker during the Second World War.The V143 is still in very good condition, as the originel camouflage pattern and marks are still visible.

Two individual bunkers at the south and north of the V143 radar bunker served as shelter for marine personnel. The bunker at the north side is of the type Marine M151 and the one at the south side of the type Relgelbau 621. These bunkers were primarily used for housing marine personnel of the Artillerie Abteilung and Marine Funkmeßabteilung.
Nowadays, the V143 and M151 bunkers aren't accessible anymore.