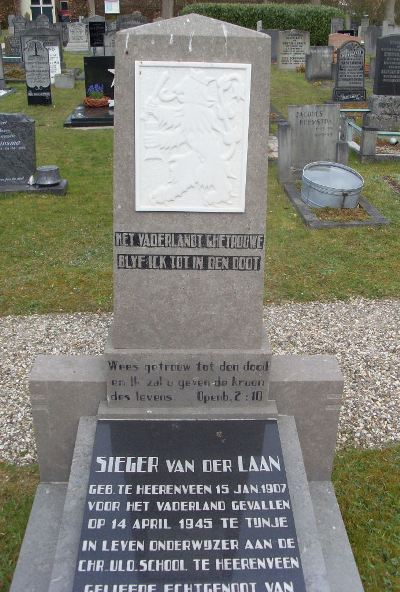 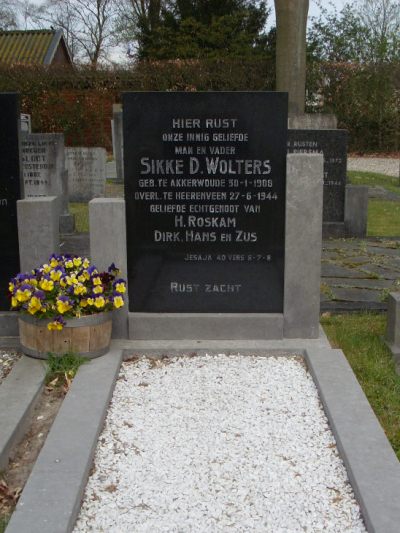 The general cemetery located at the Binnenweg in Heerenveen contains one Dutch war grave.

Sieger van de Laan: Member of the resistance. He was a teacher who was shot on April 14, 1945 by a German soldier in the Tijnje when he was an interpreter in a Canadian reconnaissance unit. The unit encountered a group of Germans who surrendered. When Van der Laan wanted to interpret, he was suddenly shot by a German. After that, the Canadians have all the Germans shot.

Sikke D. Wolters. This man was a very notorious member of the NSB (National Socialist Movement) and was liquidated by the Resistance on June 27, 1944 in the cycle shed of the station in Heerenveen. His twin brother was a NSB mayor.