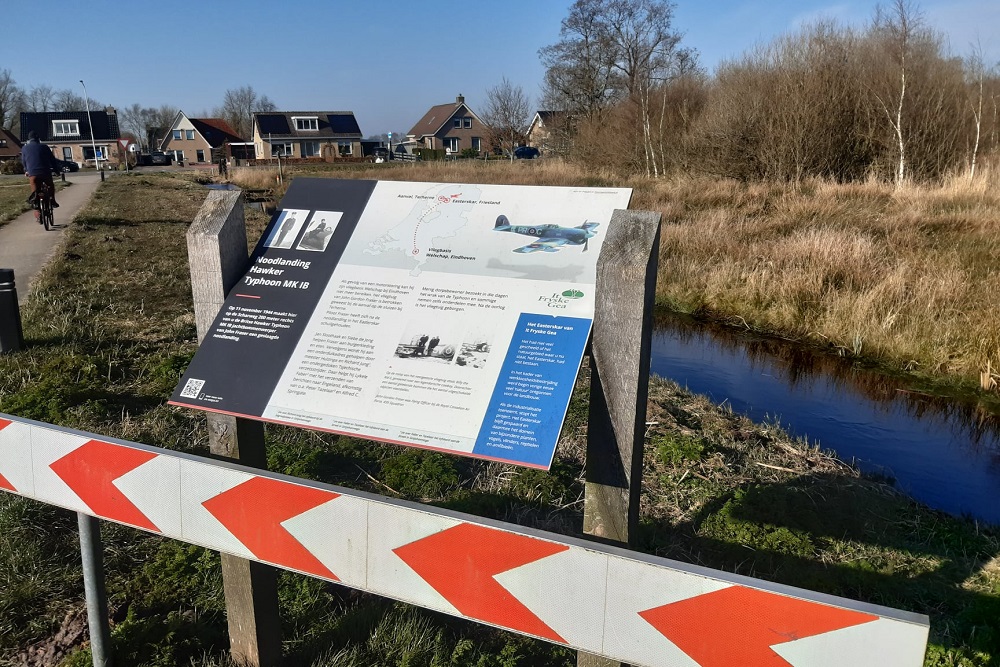 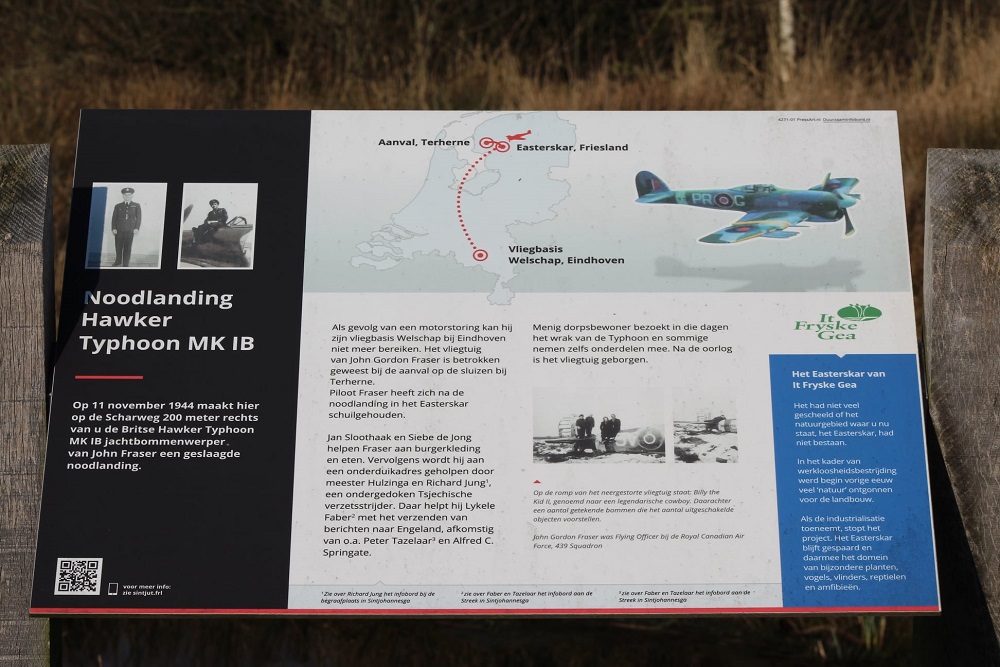 On 11 November 1944 John Fraser's British Hawker Typhoon MK IB fighter-bomber made a successful emergency landing here on the Scharweg.
Due to an engine failure, he can no longer reach his air base Welschap near Eindhoven. John Gordon Fraser's plane was involved in the attack on the locks at Terherne.
Pilot Fraser hid in the Easterskar after the emergency landing.