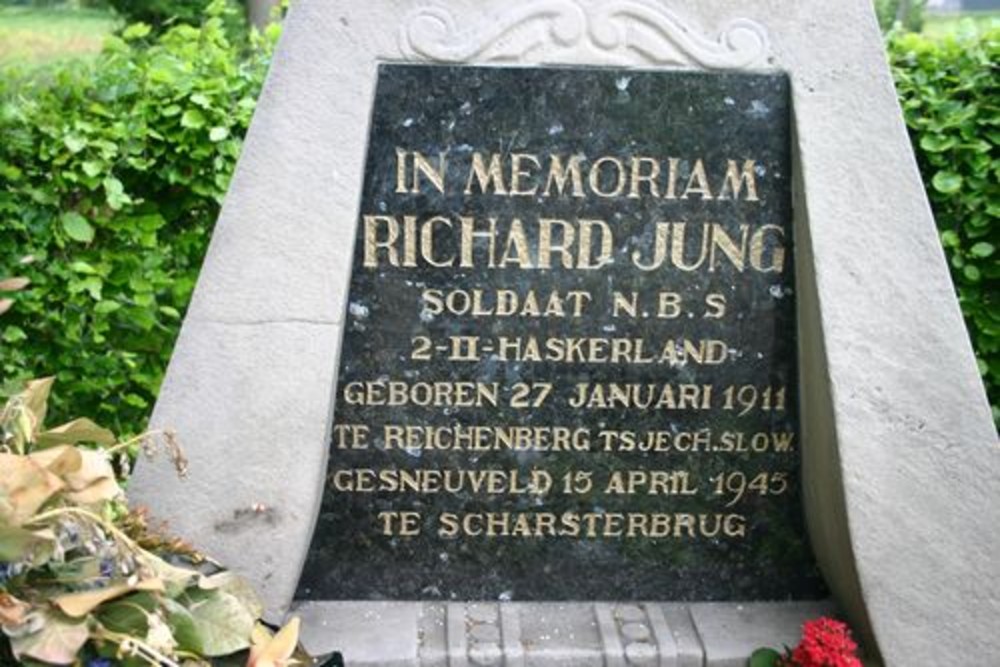 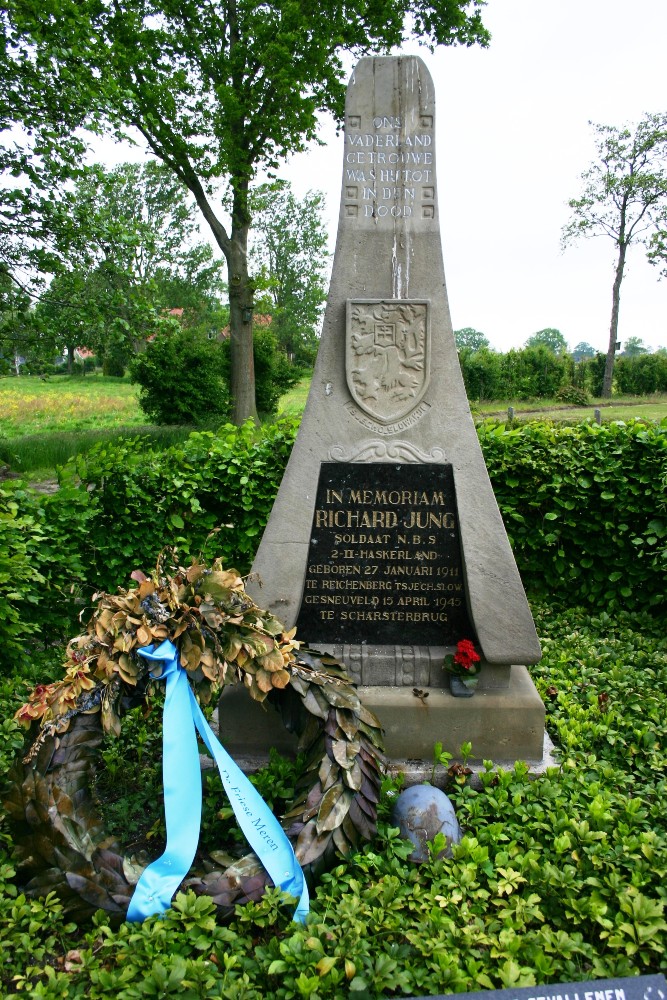 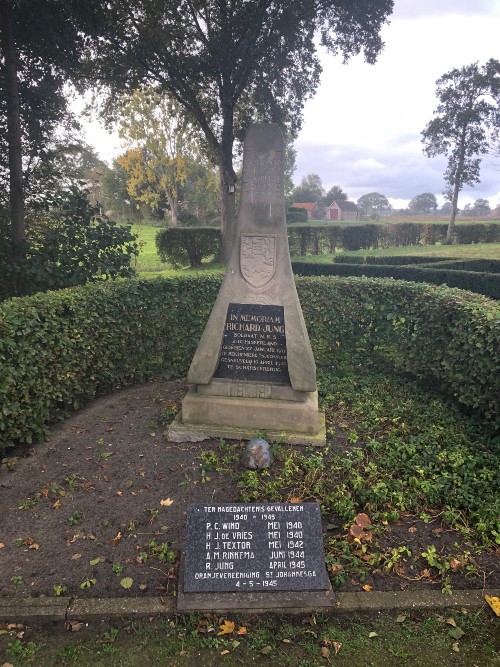 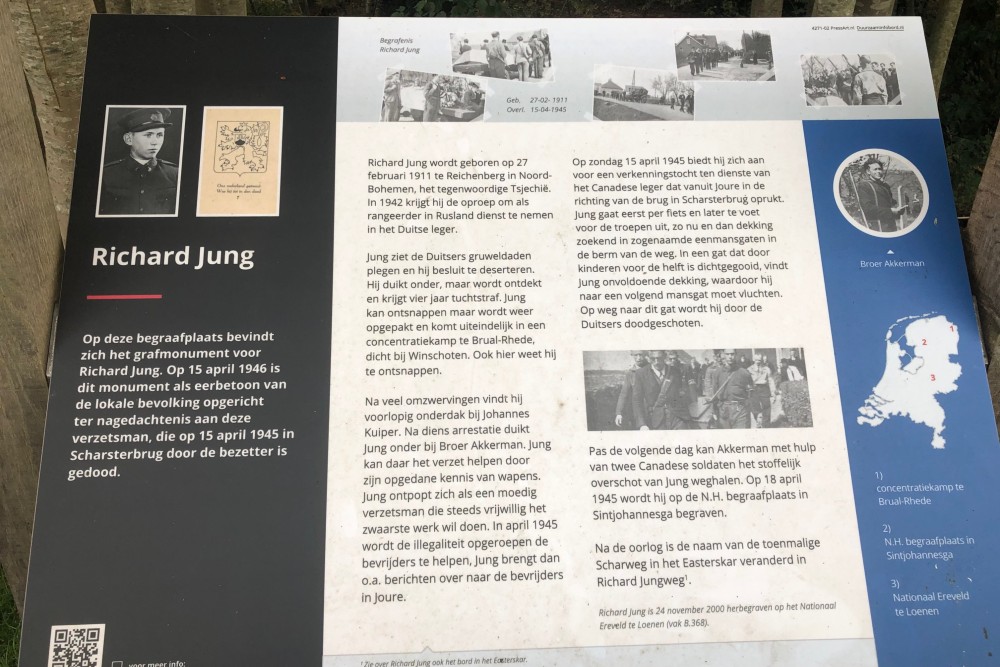 The grave monument for Richard Jung in Sintjohannesga was erected in memory of this resistance fighter who was shot by the occupying forces in Scharsterbrug on 15 April 1945.

Richard Jung was born on February 27, 1911 in Reichenberg in the Czech Republic. He was a shunter with the Czech Railways. In 1942 he was called up to enlist in the German army, which Jung refused as a fierce opponent of National Socialism. He committed sabotage and was arrested.

Jung was locked up in various concentration camps and prisons, from which he was fired or managed to escape, including in Wenizza, Dnipropetrowsk, Dubno, Ratipol and Brual-Rhede Lager III. He fled and entered the Netherlands at Nieuweschans. After many wanderings, he went into hiding in the Schar, with the Johannes Kuiper family. Here he stayed for nine weeks and met Broer Akkerman from Sintjohannesga.

He left with Akkerman when his host was arrested in Drenthe. On April 8, 1945 the Haskerland group of the Dutch Inland Armed Forces was mobilized. Jung turned out to be a courageous resistance fighter who always volunteered to do the toughest and most dangerous work.

On Sunday April 15, 1945, he volunteered for a reconnaissance mission for the Canadian army, which was advancing towards the bridge in Scharsterbrug. Jung progressed on the bicycle, but when that became too dangerous, he decided to continue on foot. Every now and then he took cover in the so-called one-man holes in the shoulder of the road. In a hole that had been half-filled, Jung was unable to find enough cover, with the result that he was shot by the occupier.

Akkerman has removed Jung's remains under enemy fire with the help of two Canadian soldiers. On April 18, 1945 he was buried in the N.H. cemetery in Sintjohannesga. In Rotsterhaule a road is named after Richard Jung.