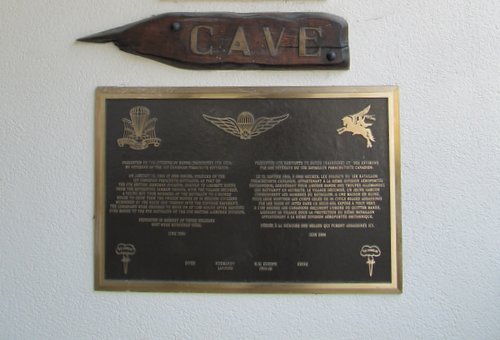 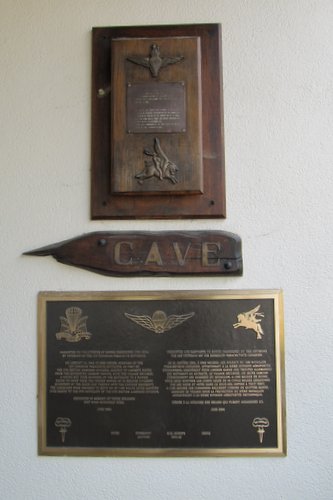 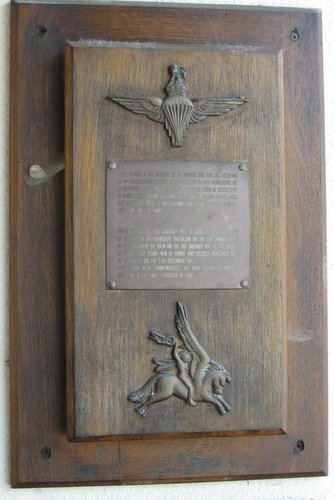 This plaque hangs below theother plaques at the entrance to the crypt of relationships with the following text:
Presented to the citizens of Bande (Nassogne) and area
by veterans of the 1st Canadian Parachute Battalion
On January 11, 1945 at 0900 hours, soldiers of the
1st Canadian Parachute Battalion, as part of
6th British Airborne Division, arrived to liberate Bande
from the retreating German troops, with the village secured,
a young boy took members of the Battalion to a ruined
house to show them the frozen bodies of 34 Belgian civilians
murdered by the nazis and thrown into the exposed basement.
The Canadian were ordered to move at 1100 hours after handing
over Bande to the 9th Battalion of the 6th British Airborne Division.
Dedicated in memory of those Belgians
who were murdered here.
June 2004
Dives:
Normandy
landing
N.W. Europe
1944-45
Rhine