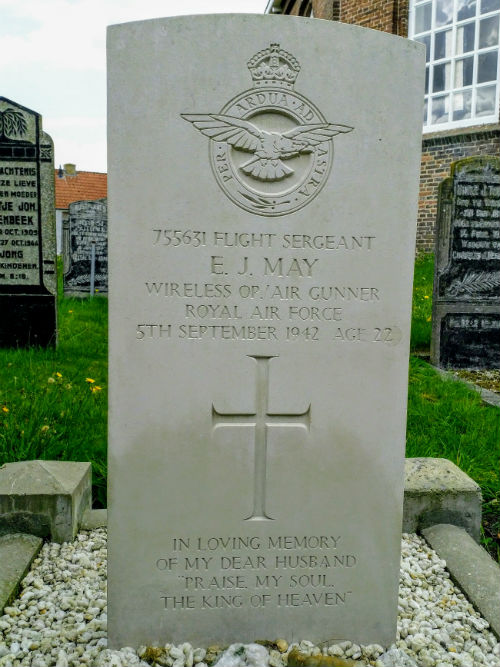 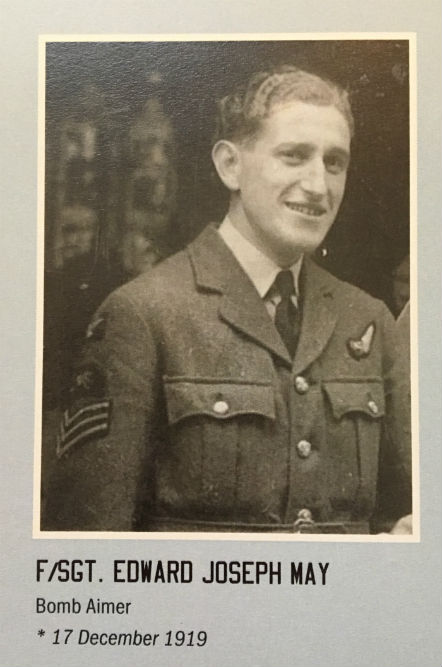 In the Cemetery of the Protestant Church in Earnewald (Eernewoude), Tietjerksteradeel Community, is one Commonwealth War Grave.
This is the grave of:

On 5 September 1942 at 0025 departed from RAF Syerston, Lancaster R5682 with the mission: a bombing raid over the city of Augsburg in Germany. The aircraft was hit by flak anti aircraft guns and was afterwards shot down by a German night-fighter. After that, the aircraft crashed down at 0251 in Wartena. Of the seven crew members, three were killed. One is buried in this cemetery, one is buried in Wartena and the other casualty was never recovered. The other four crew members were taken prisoner of war by the Germans. 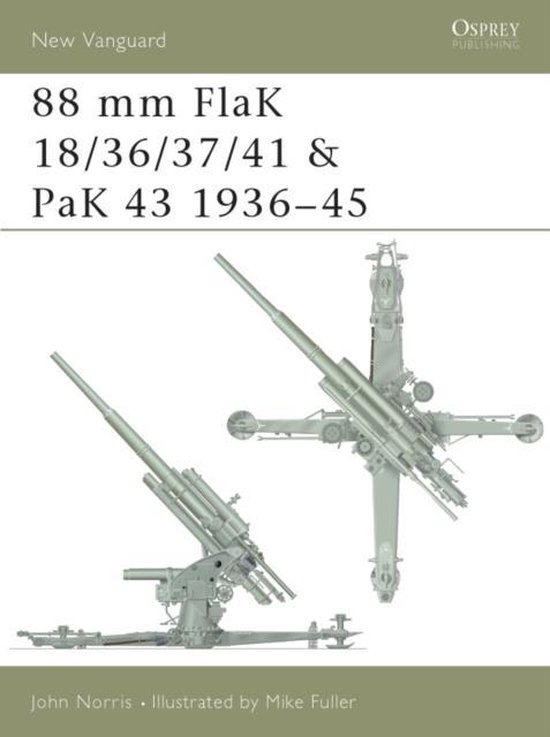