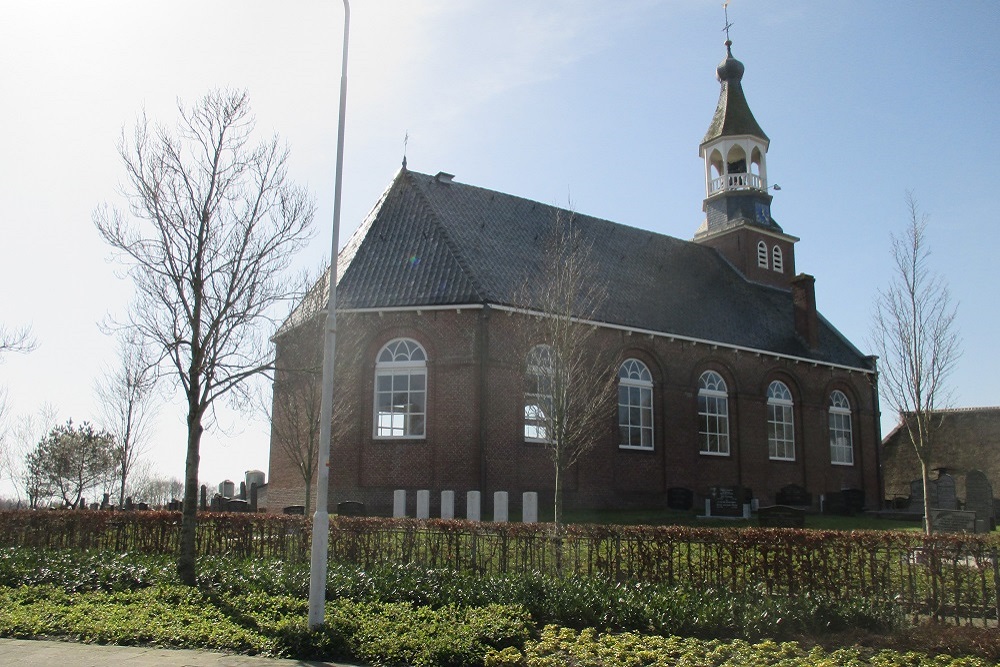 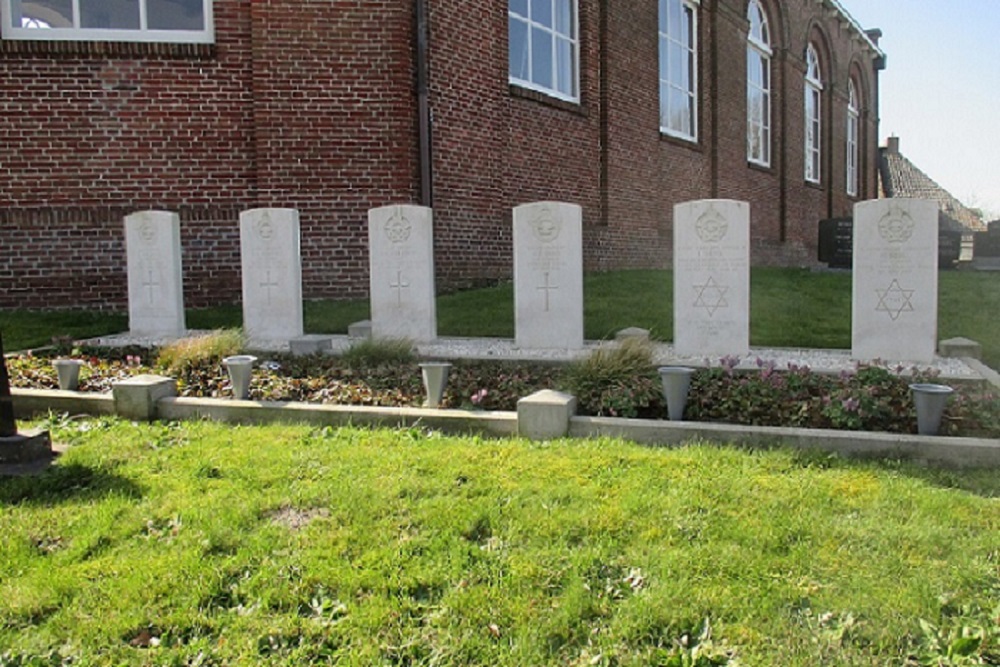 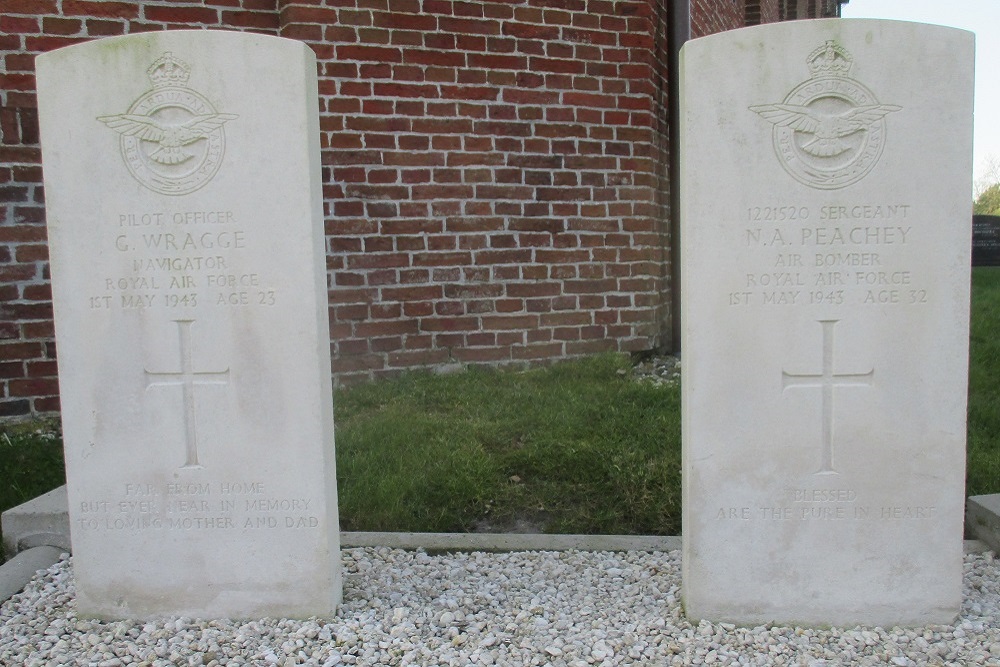 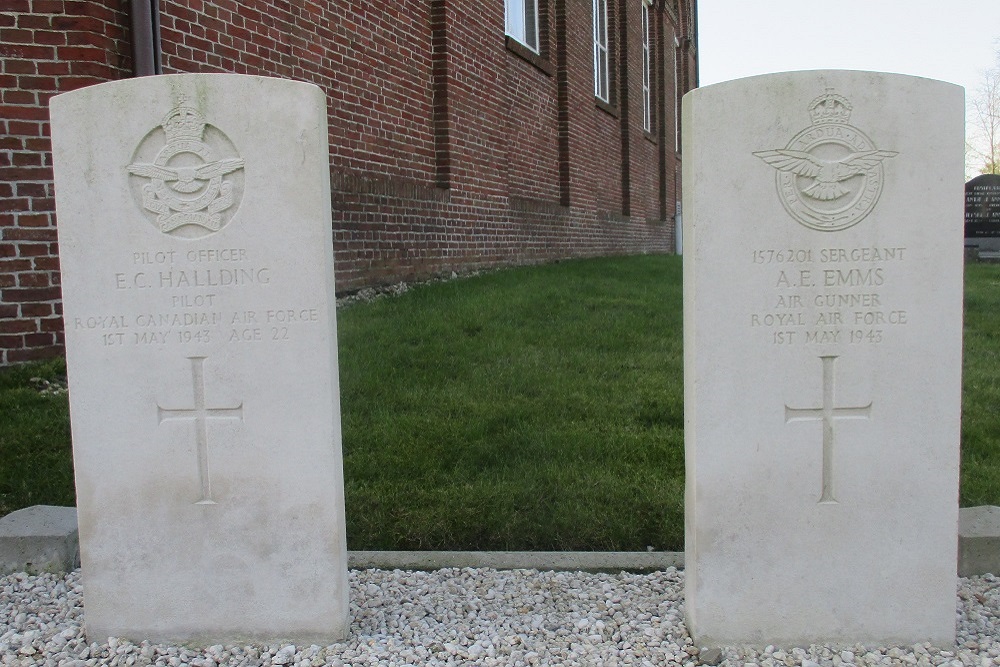 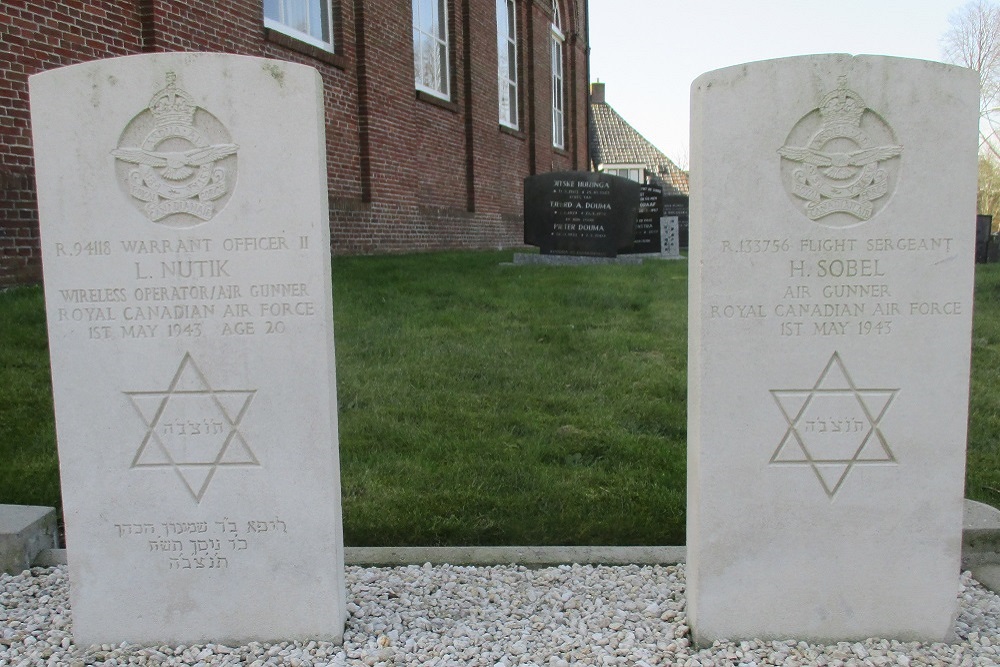 The Cemetery of the Protestant Church in Damwoude contains six Commonwealth War Graves.
These are the graves of airmen of No. 7 Squadron RAF, who died on 01-05-1943.

On 1 May 1943 at 0040 departed from RAF Oakington, the Stirling R9263 with the mission: a bombing raid over the city of Bocholt in Germany. The aircraft was shot down over the Netherlands by the German night-fighter Leutnant Heinz Grimm 12/NJG 1. and crashed at 0252 in the former village of Akkerwoude. The crash killed six of the seven crew members, they are buried in this cemetery. One crew member survived the crash, he was taken prisoner of war by the Germans.