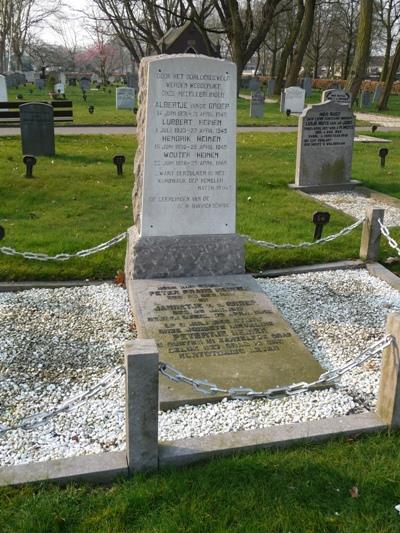 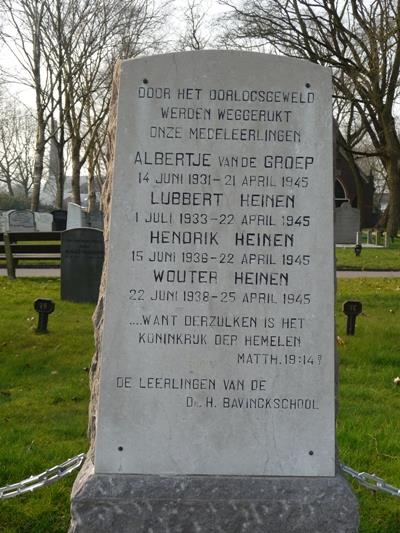 Memento Mori General Cemetery contains a small plot with six Dutch War Graves. A seventh grave belonged to a Frenchman. His body was sent to France in 1949.

There is also a grave memorial for six civilian victims of the fighting on 21 and 22 April 1945. Four of them were pupils of the Dr. H. Bavinckschool, which placed this memorial.

A seventh person, who died shortly after the war, is also buried here.