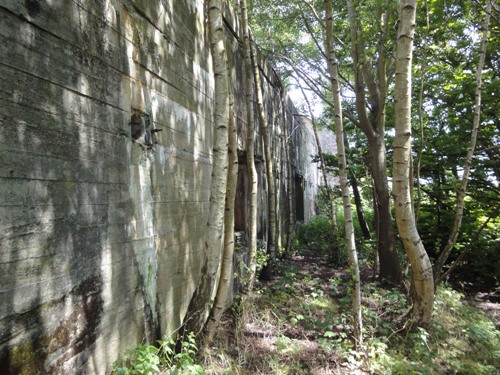 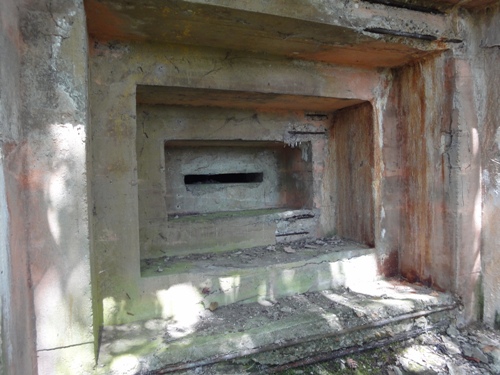 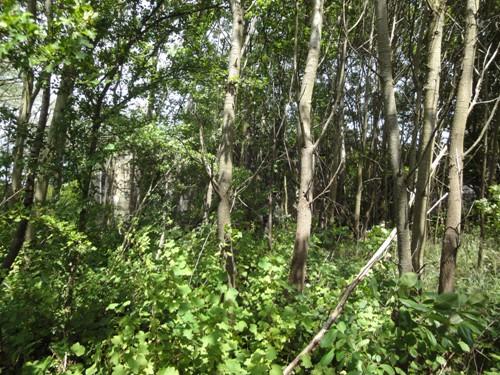 In the first days of the invasion of Holland, the Luftwaffe attacked the airfield several times. Some twenty Dutch airplanes (Fokkers and Koolhovens) were destroyed. The Germans were interested in de airfield for the defence of their ship convoys along the coast. Between 1940 en 1942 one or two Staffeln (squadrons) fighter aircraft were stationed at Haamstede Airfield. As the course of war changed, the Germans needed to set their priorities for the defence of the coast elsewhere. Eventually, the airfield was abandoned in 1943. To prevent the Allies to make landings, the Luftwaffe disabled the airfield.

To deceive the Allies and to distract their attention from the real airfield, the Germans constructed a dummy aerodrome (Scheinflugplatz 33) at Vroonweg between Renesse and Burgh-Haamstede.

Besides the commando bunker for the airfield, de Luftwaffe constructed some twenty other bunkers, mainly for the security of the airfield and anti aircraft artillery. As long as the airfield was operational, the Luftwaffe was, together with the German army (s Heer) and navy (Kriegsmarine), jointly responsible for three coastal batteries as well, near Westenschouwen, Renesse and the light tower.

This command bunker lies on private property and is difficult to see from the public road.