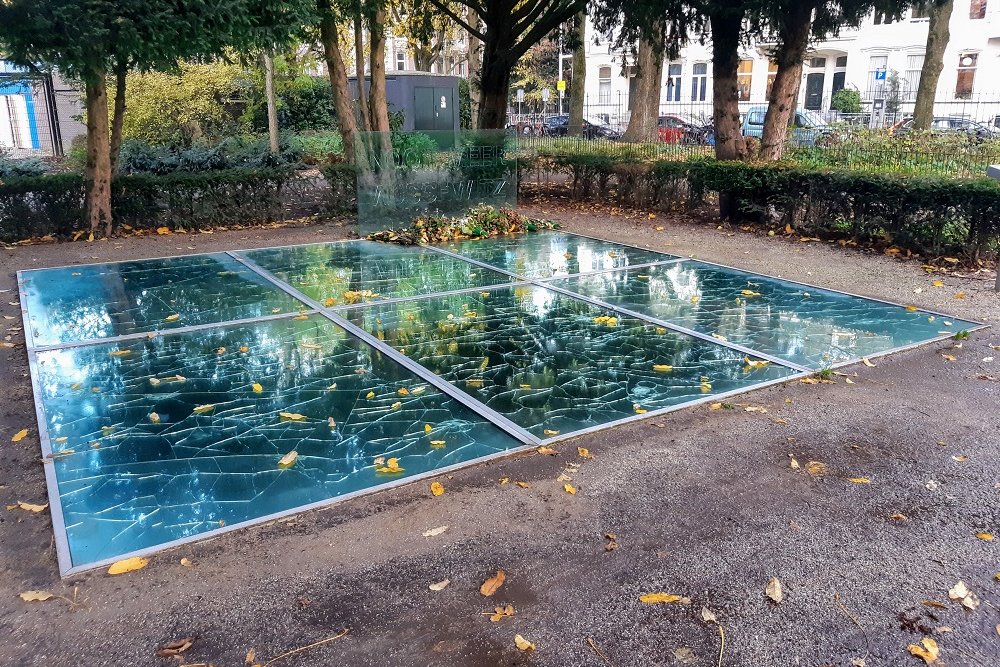 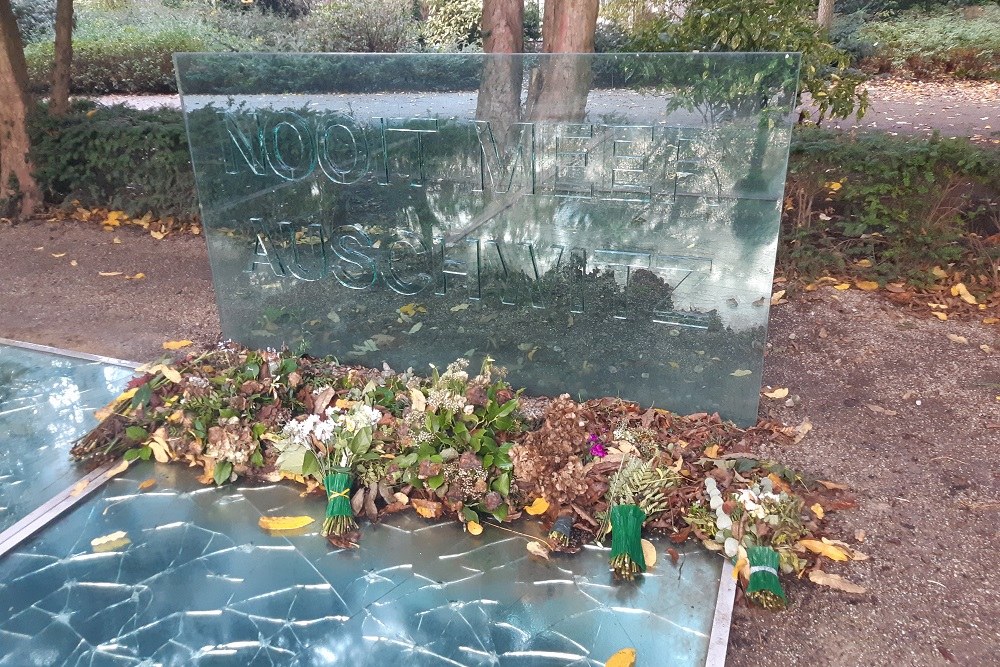 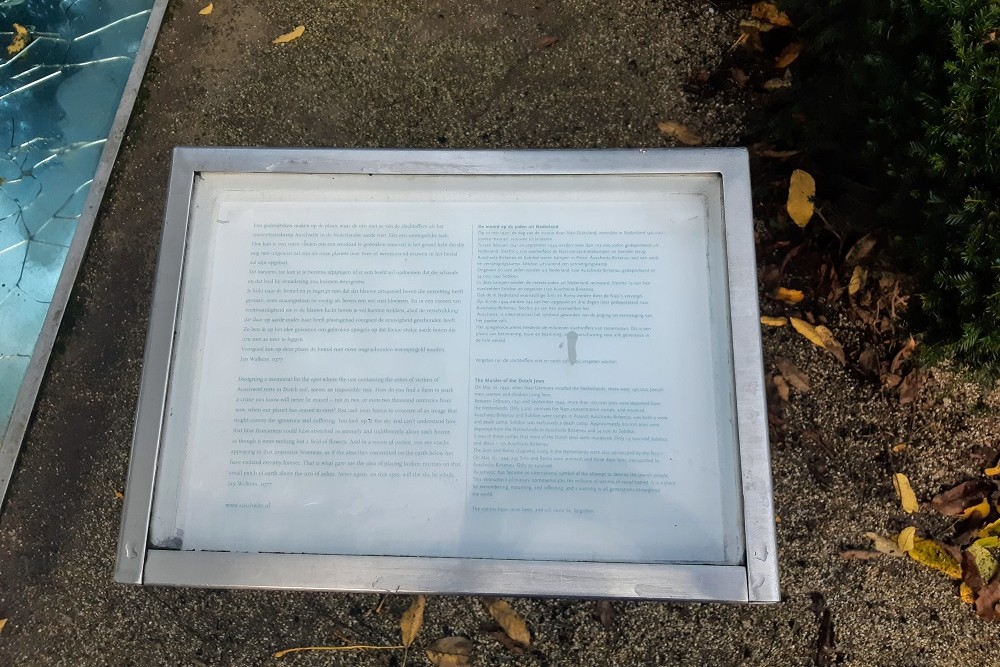 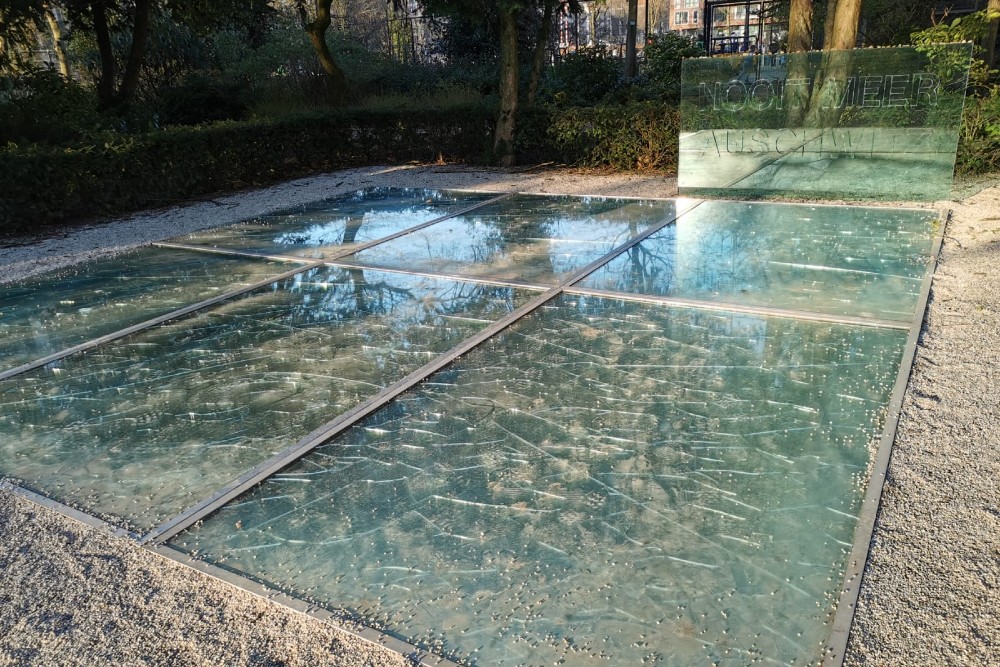 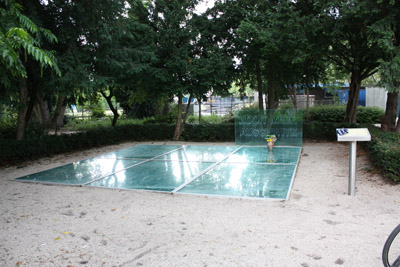 In the year 1952 a simple stone was placed at the Amsterdam Eastern Cemetery as a reminder to Auschwitz.

The memorial reflects the sky through broken mirrors, because the sky will never be the same after Auschwitz.

At this day all Auschwitz memorials are being held at the monument, followed by a remembrance-lunch.

Auschwitz and Sobibor were death camps in Poland,
mainly built for massacre.
For 95,000 Jews from the Netherlands were these camps their final destination.
Not more than 500 of them have survived.

Auschwitz has become a symbol of
the attempted destruction of the Jewish people.
This monument is erected in commemoration of the hundreds of thousands,
the millions of victims of racial delusions.

This is a place of remembrance and grief, of guilt and repentance,
a warning for all generations throughout the world."