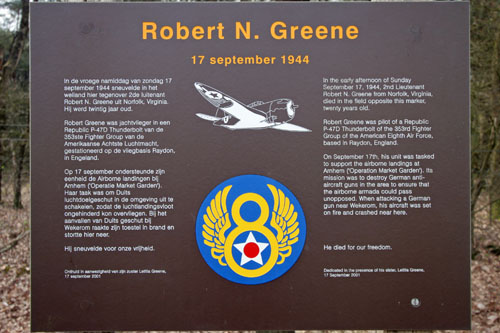 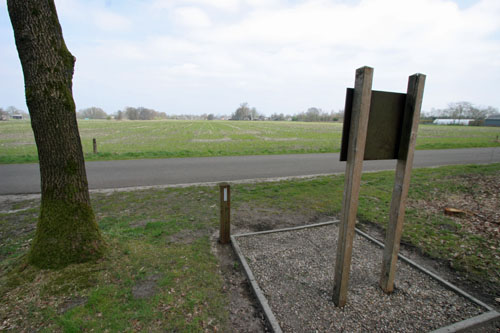 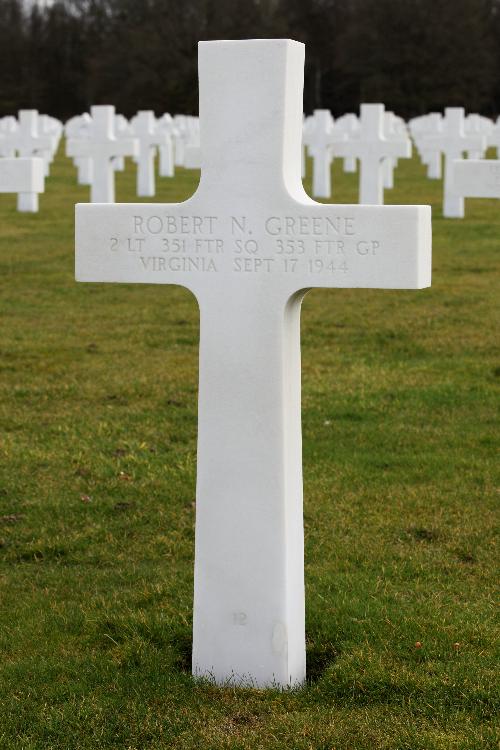 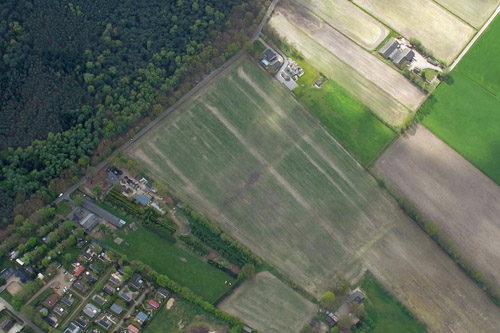 The text on the Plaque is:

In the early afternoon of Sunday September 17, 1944, 2nd Lieutenant Robert N. Greene from Norfolk, Virginia, died in the field opposite this marker, twenty years old.

Robert Greene was pilot of a Republic P-47D Thunderbolt of the 353rd Fighter Group of the American Eighth Air Force, based at Raydon, England.

On September 17th, his unit was tasked to support the airborne landings at Arnhem (Operation Market Garden). Its mission was to destroy German anti aircraft guns in the area to ensure that the airborne armada could pass unopposed. When attacking a German gun near Wekerom, his aircraft was set on fire and crashed near here.

He died for our freedom.

Dedicated in the presence of his sister, Letitia Greene, 17 September 2001

Robert is buried at the American cemetery at Neuville-en-Condroz in Belgium in Plot D row 22 grave 12.