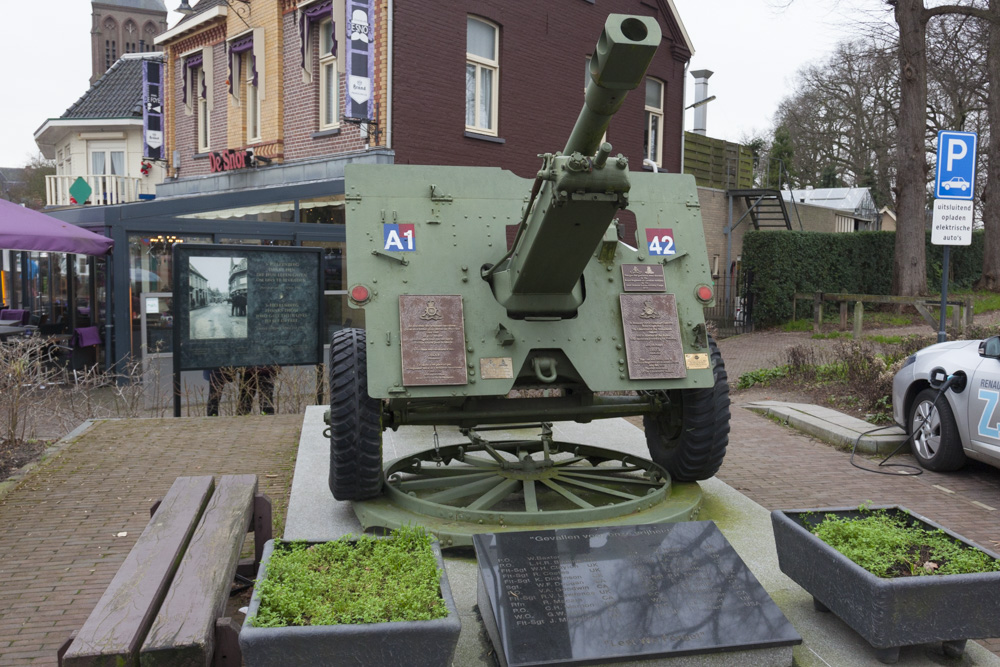 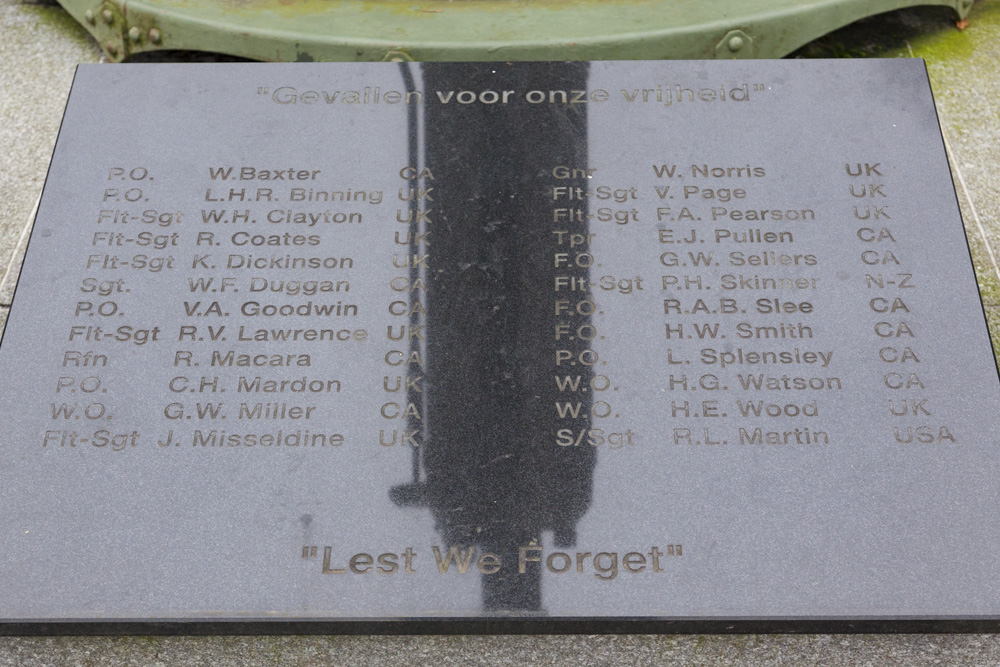 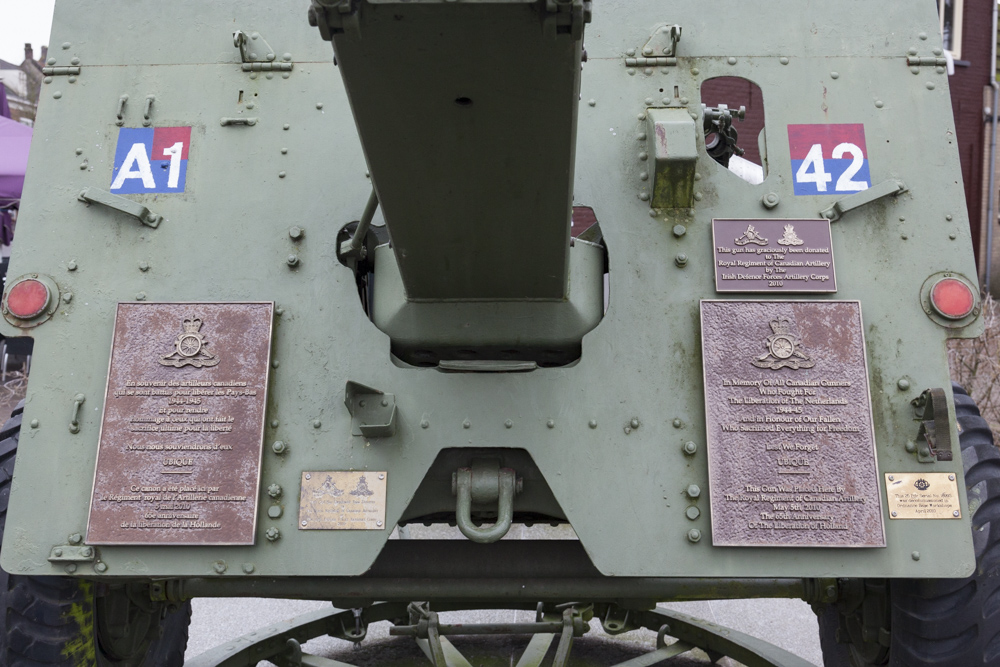 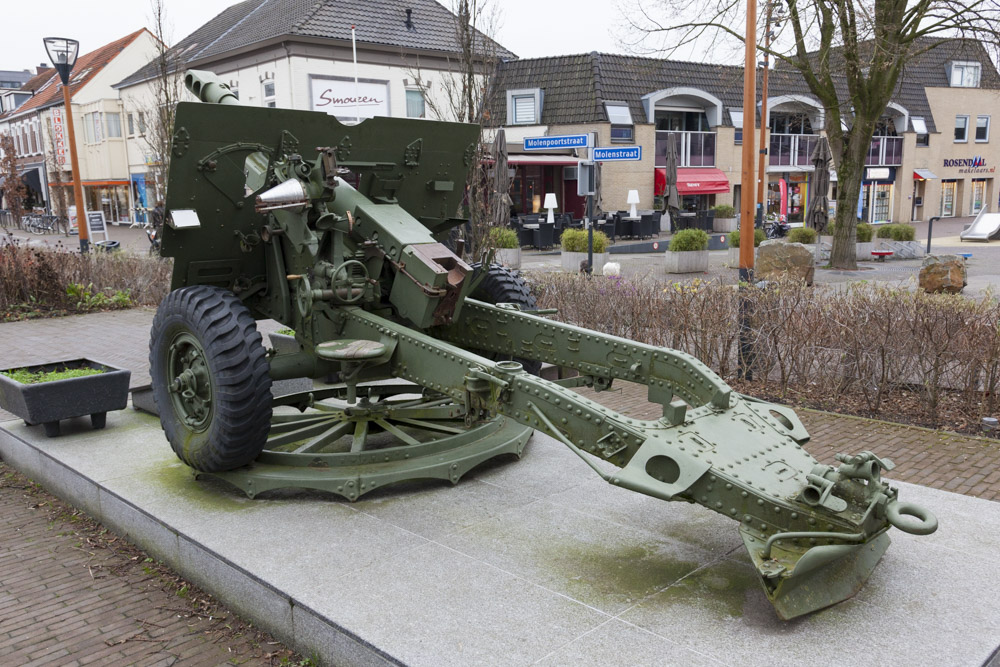 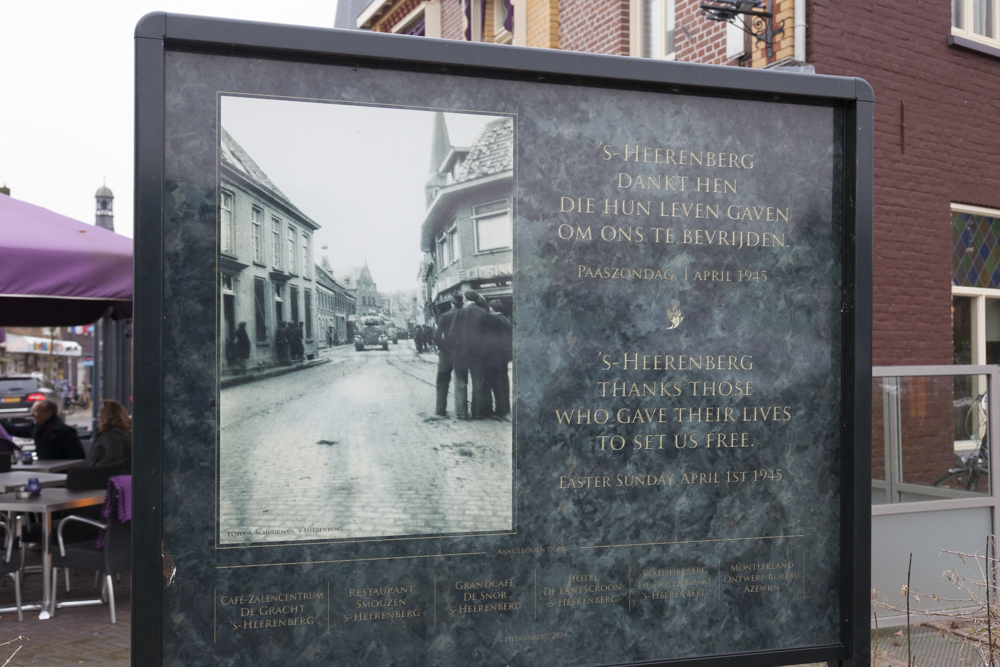 The Commemoration Committee 4 May placed a Canadian cannon on De Bleek in 's-Heerenberg in honor of the Canadian liberators on May 3rd, 2010. The monument was unveiled on May 5, 2010. The cannon is in 's-Heerenberg, because this was the first city above the Rhine that was liberated by the Canadians. They were already in Emmerik and other German cities above the Rhine, but they occupied those and not liberated them.

The 25 pounder which is in 's-Heerenberg was used in the Second World War in the eastern part of the Netherlands and just after April 1st, 1945 was pulled in via Netterden, Netherlands. This is also a "piece" which was used in the Gulf War, then used by Irish artillery. In 2009 the guns were taken apart and taken back to Canada to be dismantled. Two 25 pounders were donated by the Canadian artillery to Europe, one is here in 's-Heerenberg and the other on the invasion beaches.