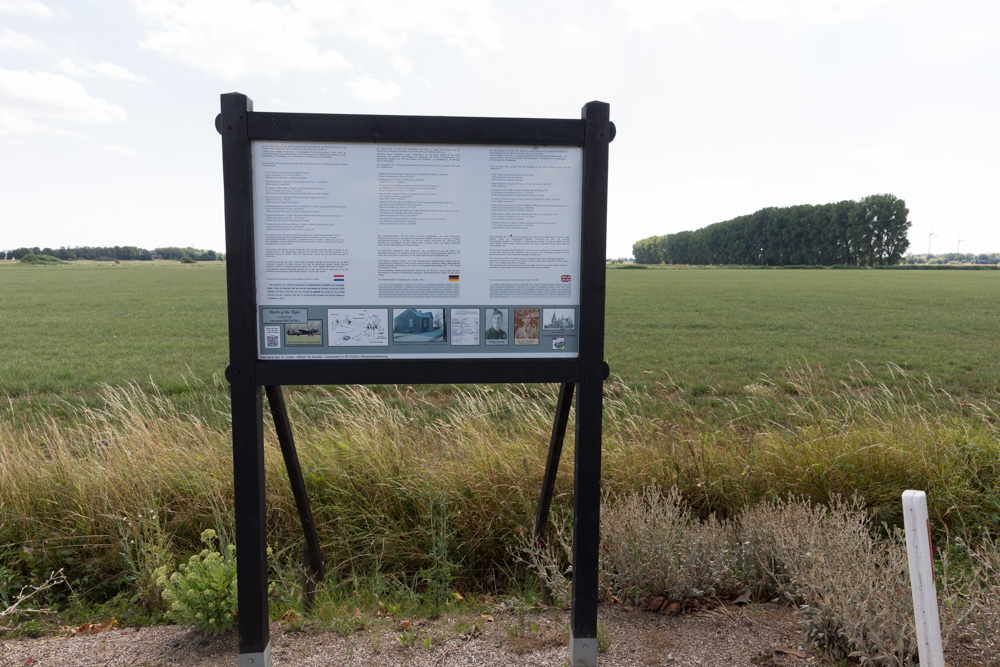 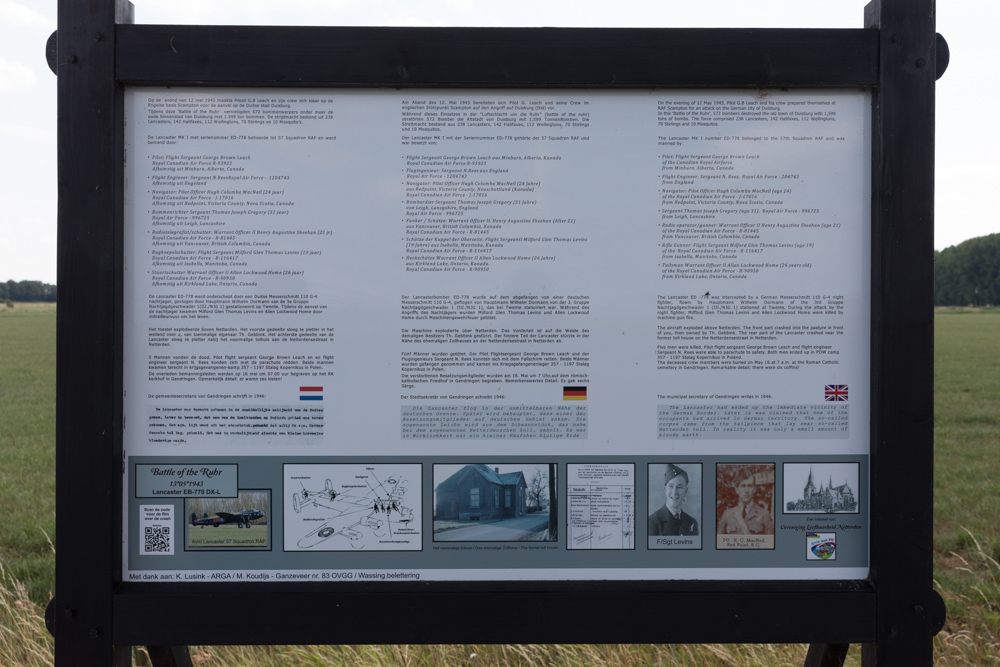 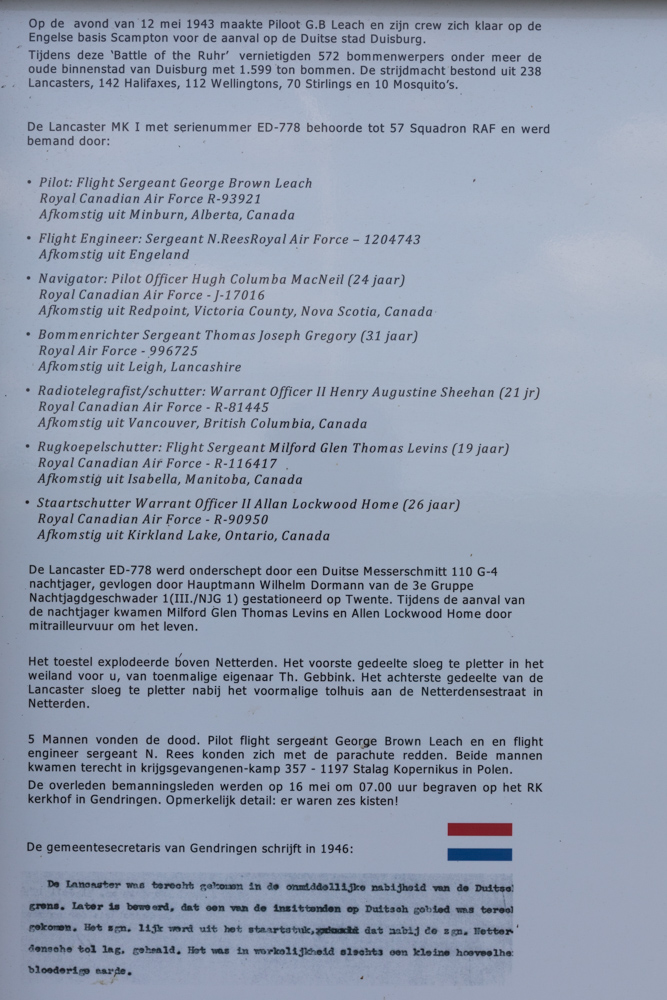 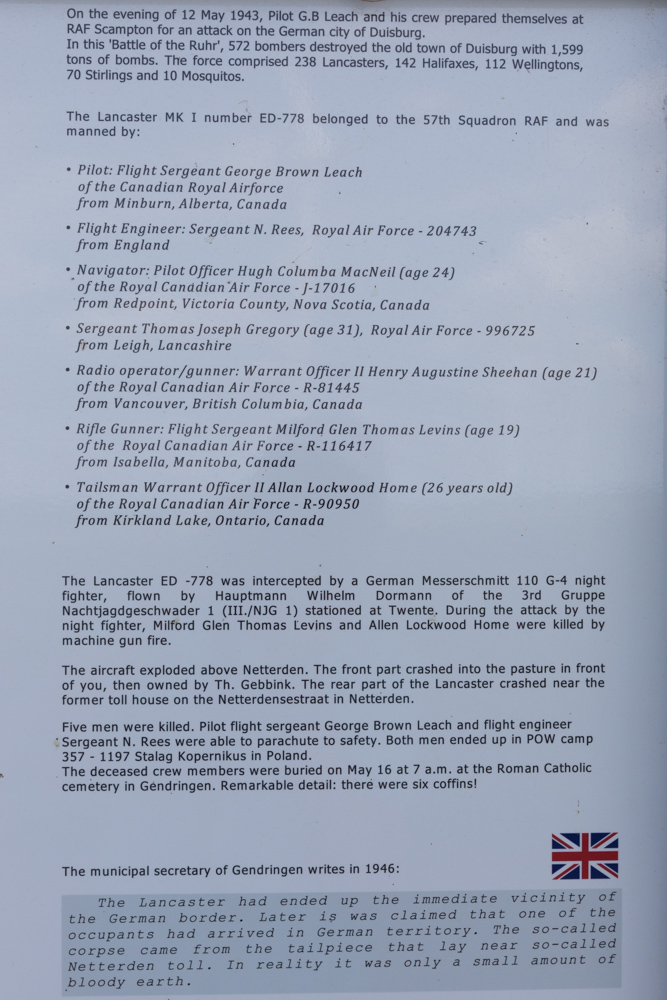 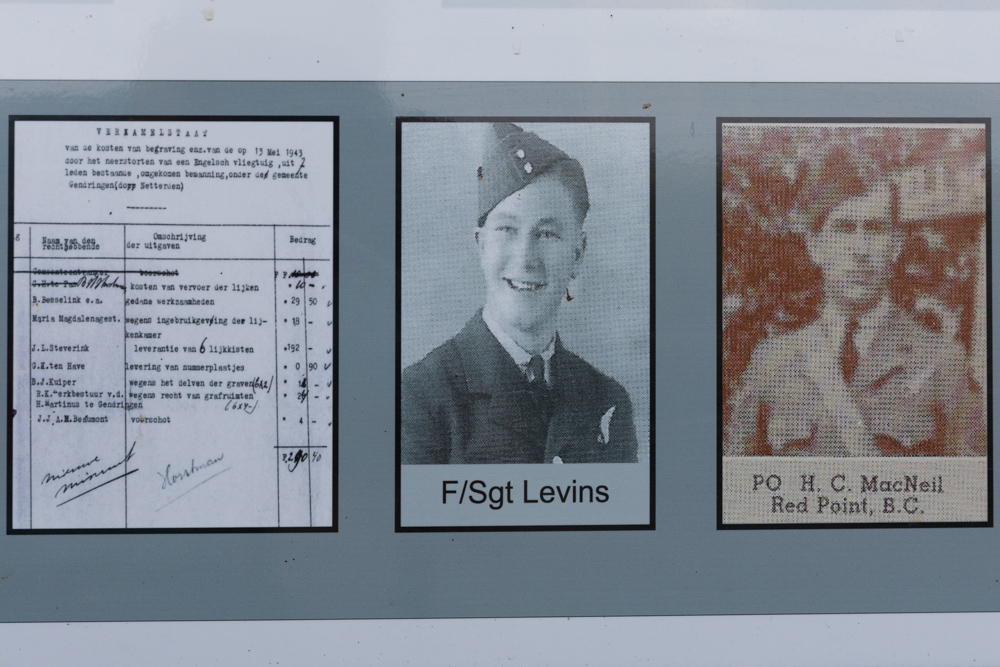 Lancaster Mk1 ED778 was attached to RAF 57 squadron. On May 12, 1943 it was used for an attack on Duisburg. The aircraft was intercepted by an Me110 night fighter and exploded above Netterden and came down in the meadow here. Five crew members were killed. They are buried at the R.C. cemetery in Gendringen. The two survivors were taken prisoner of war.