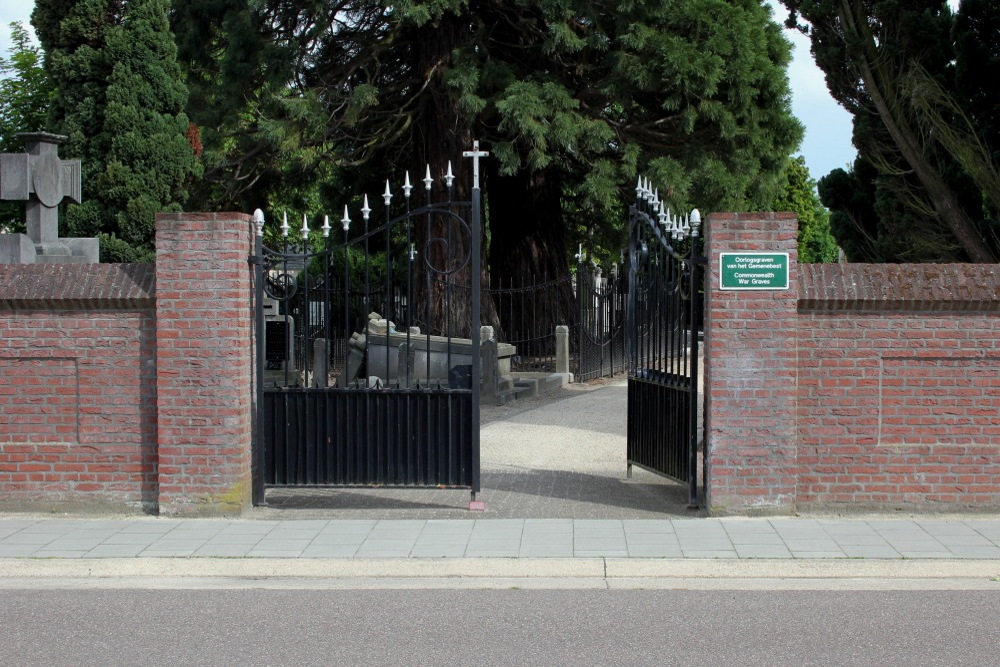 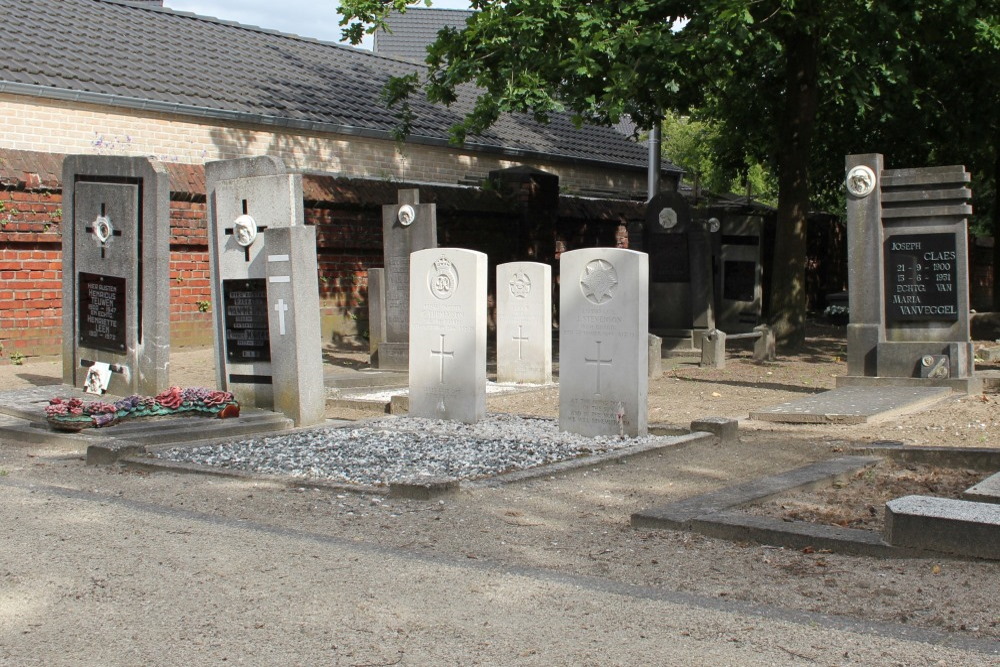 On the old cemetery of the municipality two British soldiers who perished during the liberation of the village of Neerpelt on September 10th, 1944 have been buried. The British army of Field Marshal Montgomery was having a break of one week at the Kempische Kanaal in the North of Limburg in Belgium. The quarter of the village called Grote Heide which is situated at the other side of the canal therefore is liberated in a later stage from its German occupying forces. On September 17th, 1944, the starting signal for the large Operation Market Garden is being given from Neerpelt and the neighboring Lommel. While the Germans are holding the bridge and the other side of the canal, the British troops advance through the Heerstraat to the canal in order to eliminate the German opposition. Lance Corporal James Stevenson (19 years of age) of the 3rd Bn. Irish Guards is hit in the Heerstraat by German rifle fire. In spite of the very best treatment he dies one day afterwards in the Clinic of the Holy Heart in Neerpelt. Trooper George Thomasson (26 years of age) of the Life Guards is hit in the same Heerstraat also by a German bullet . From 2005 on this cemetery honors are paid to those two soldiers of the Common Wealth as well as to the Canadian Pilot James Muir whose grave is situated just beside the double grave of James Stevenson and George Thomasson.

On September 17, 1944, the reconnaissance aircraft made in America P-51 Mustang FZ125-YT-C crashed on the Broeseinderdijk on Grote Heide in Neerpelt. The Canadian Pilot Henry James (Jimmy for his friends) Muir carried out an armed reconnaissance flight over Arnhem. During this flight he was hit by German anti aircraft guns. The RCAF pilot lost his life in doing so. He was laid to rest on the old churchyard of Neerpelt.