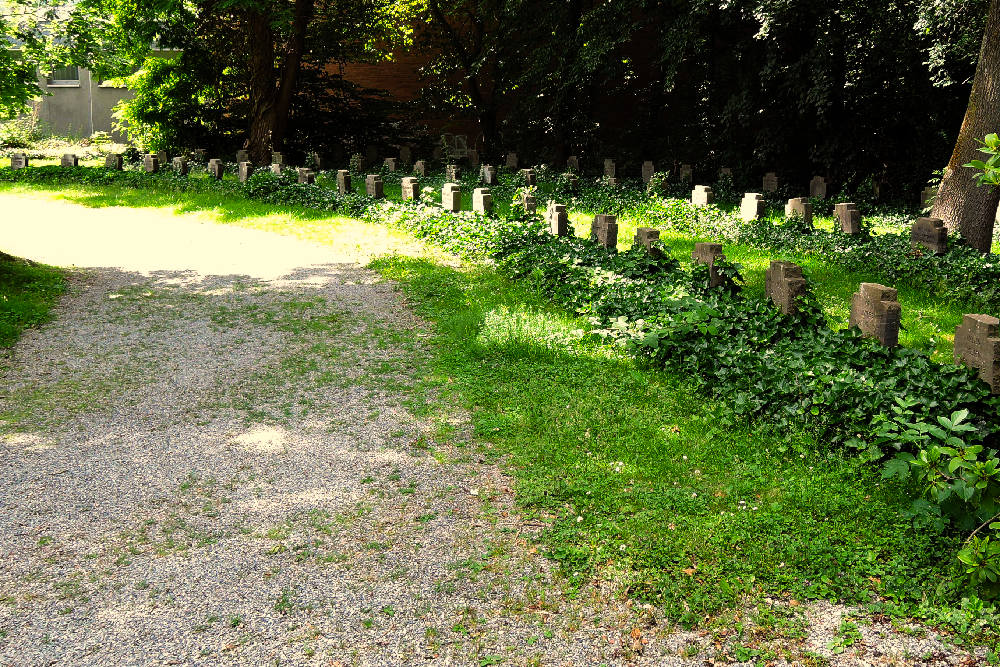 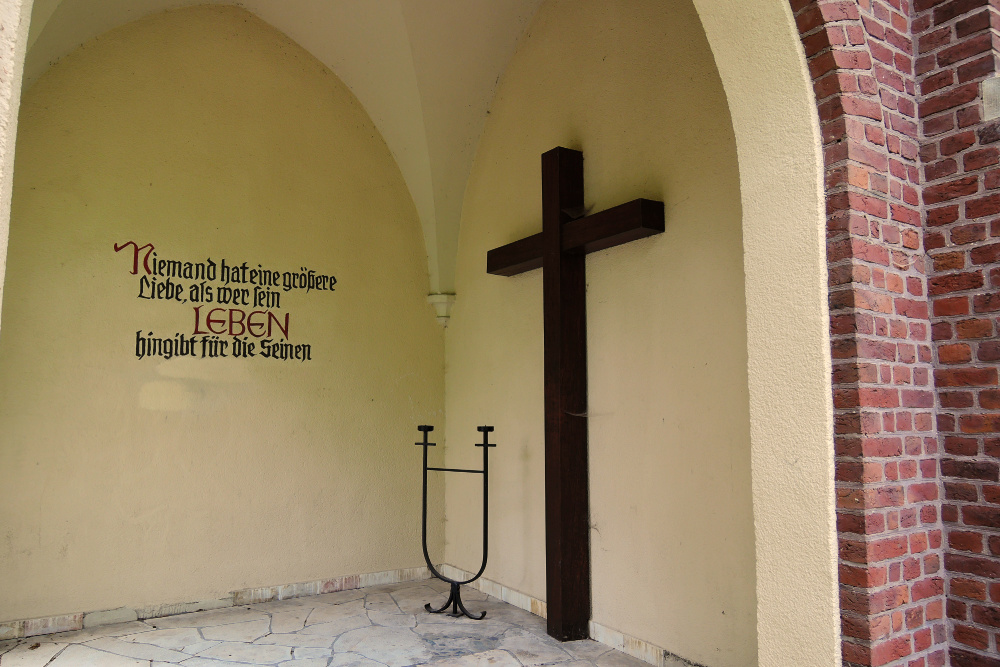 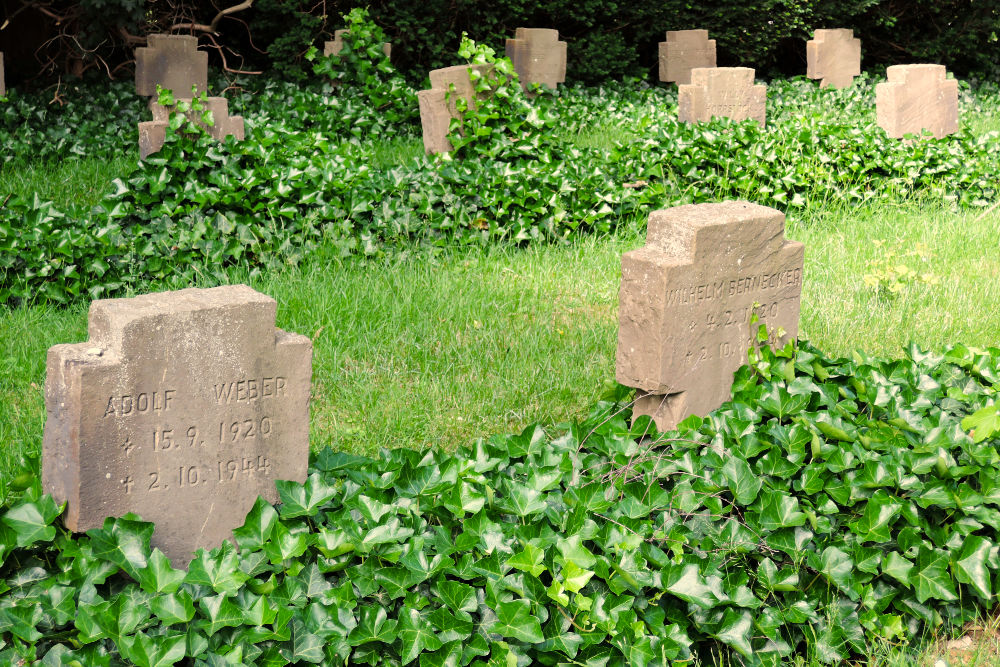 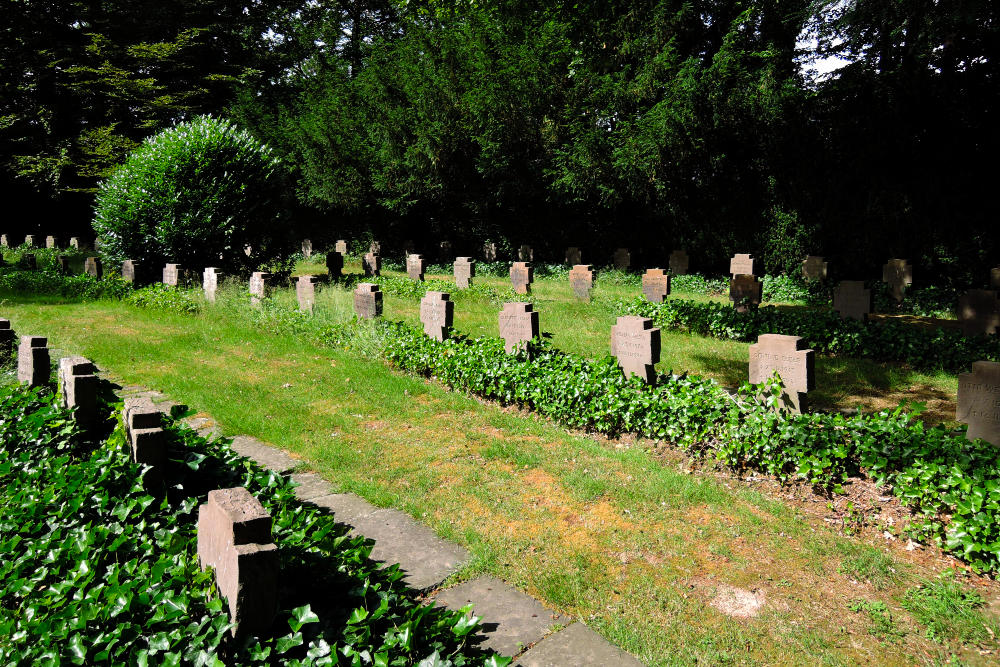 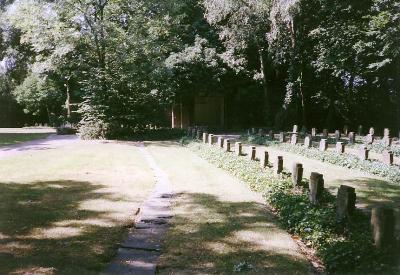 Most of them were soldiers who were killed during fights at the German border. Also civilians, including 15 women and 13 children, are brought here from other cemeteries after the war.