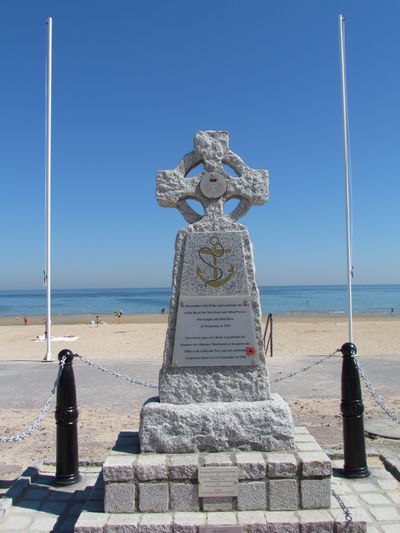 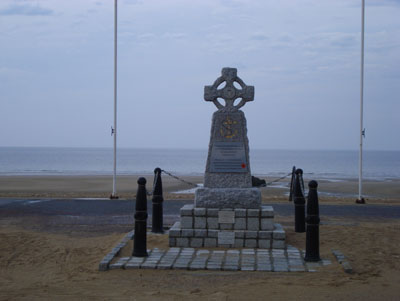 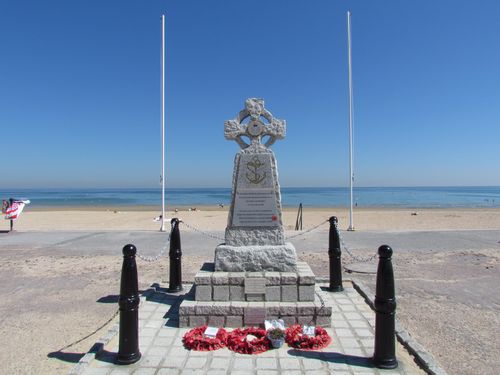 The memorial is located along the boulevard of Hermaville-sur-Mer

The text on the memorial:
This Memorial was Designed and Established
By
David E. Cottrel a Vetaran of H.M.S. Swift
On Behalf of the
23rd Destroyer Flotilla Asscociation
The
H.M.S. Hermanville Association

And The
Municipality of Hermanville-sur-Mer

This Memorial
Was Unveiled on the 6th June 2001
By
Captain John Gower DSC RN Retr
The Captain of H.M.S. Swift
of the
23rd Destroyer Flotilla

Operation Overlord unfolded in the heart of Sword as elsewhere. In the course of the night, the coastal defences were bombed by the air force and the naval artillery took over at daybreak. Then, under German fire, the landing craft came aground. The special tanks opened the way, followed by assault waves of 3rd Infantry Division under Major-General Rennie.

The Allies needed calm water to land men and equipment: the Gooseberries (codename) were old vessels that had been ballasted to a form a breakwater. Among 6 merchant ships and 3 warships sacrificed off Hermanville, the veteran battleship Courbet would not enjoy the glory of the Georges-Leygues and the Montcalm, which fought conspicuously before the Longues battery, but scuttled itself, with its flag flying, on the morning of 7 June, in three fathoms of water about 1.5 miles offshore.