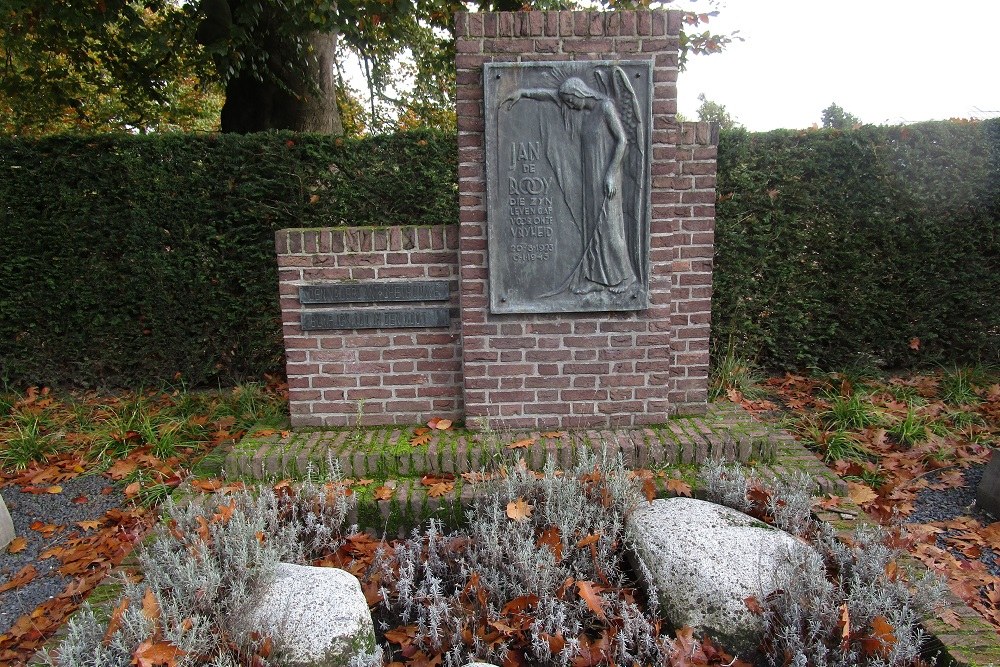 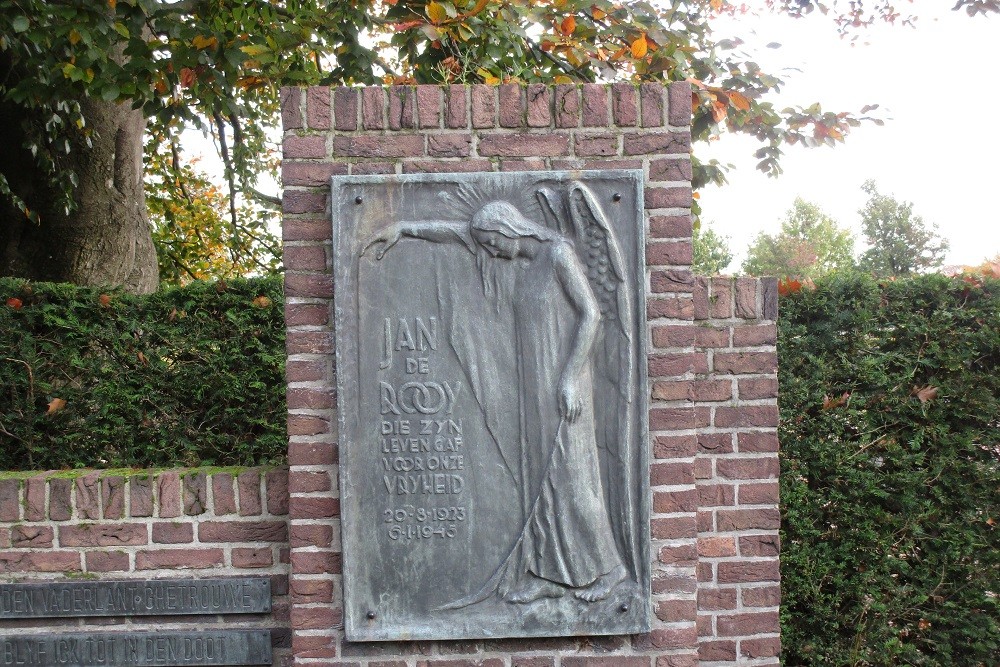 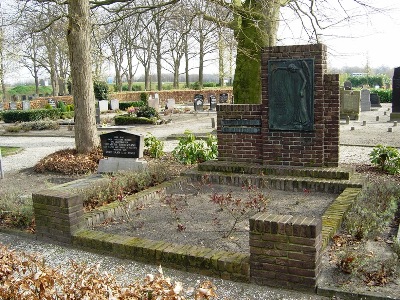 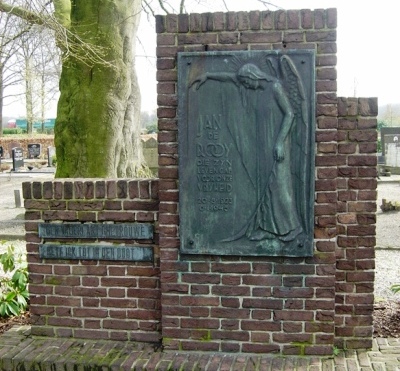 Sprang-Capelle General Cemetery contains the grave of member of the Resistance Jan de Rooy. He went to the Germans when he found out that they would kill the family where he hided his radio, knowing this would cost him his life.

"So mom, do not worry about me, I will survive
with God's help, I will come home again safe and sound "

From Germany where he was forced laborer,
Jan wrote these words to his parents.

On December 4th 1944, Jan de Rooij, goes along with another member of the resistance group Andre,
from the already liberated Sprang-Capelle trough the Biesbosch to the other side of the Bergsche Maas. From a farmer's barn, in Dussen he posts messages for weeks about large number of German forces in the still occupied land of Heusden and Altena. Which aims with a counterattack to retake the port of Antwerp from the allies. On December 22nd 1944 the Germans discovered the transmitter and threaten to kill the innocent residents of the farm. Jan voluntary went to the Germans and surrendered.
Ultimately without trial on he was executed on January 6th 1945