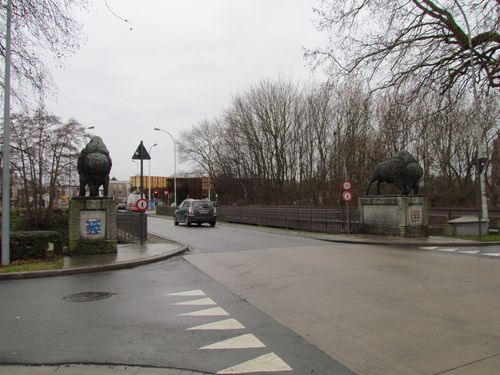 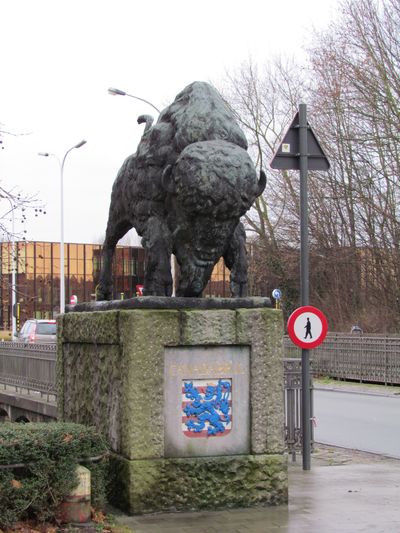 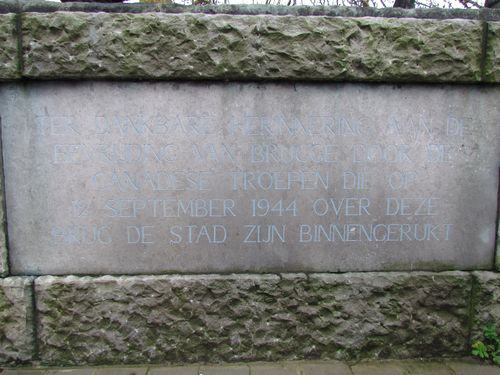 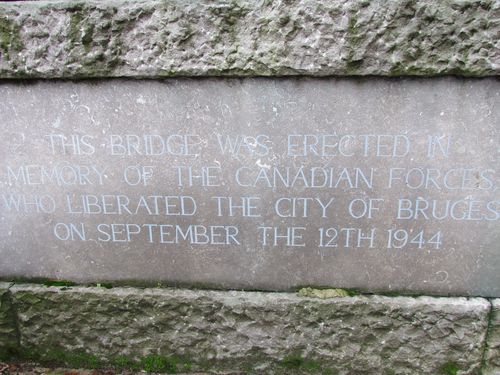 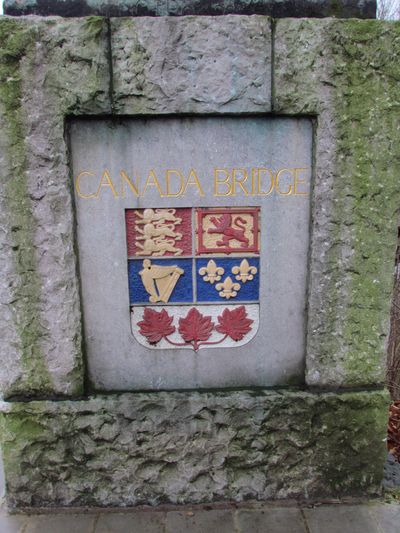 On the bridge the following text can be read:

This bridge was erected in memory of the Canadian forces who liberated the city of Bruges on September the 12th 1944.