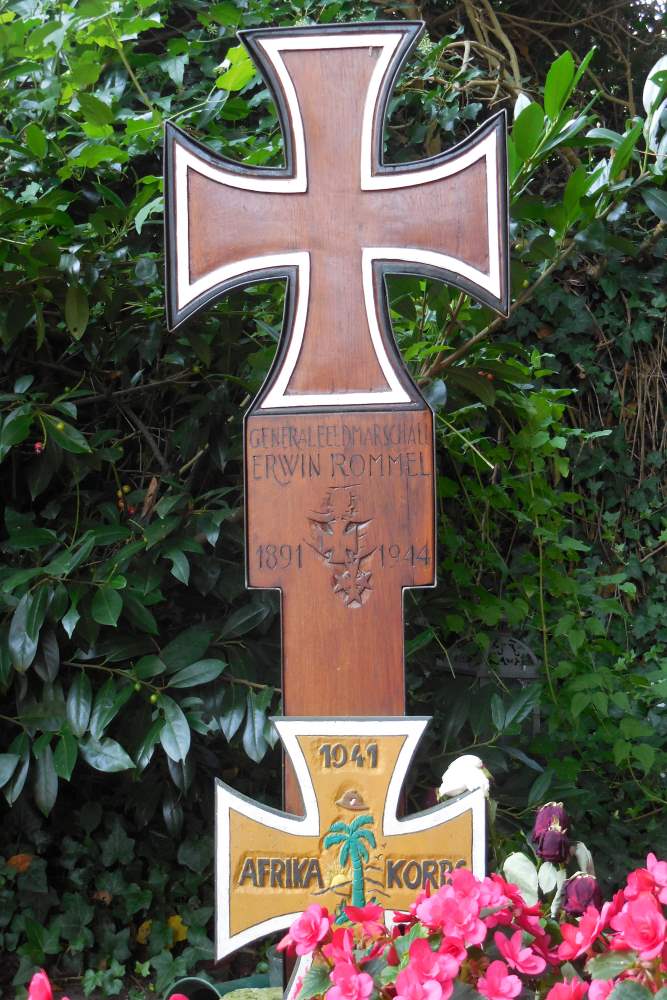 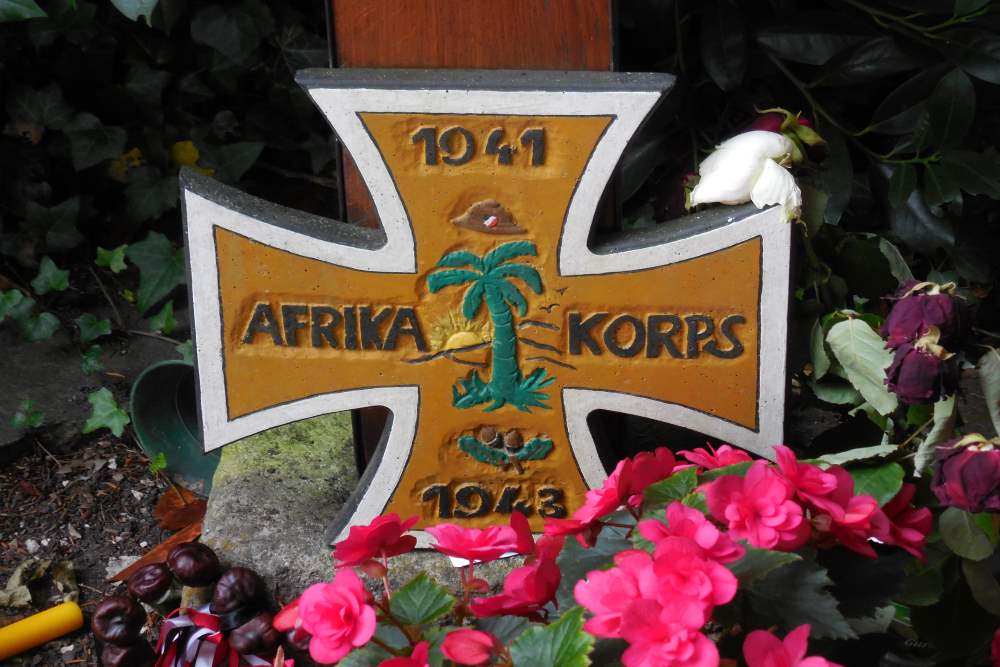 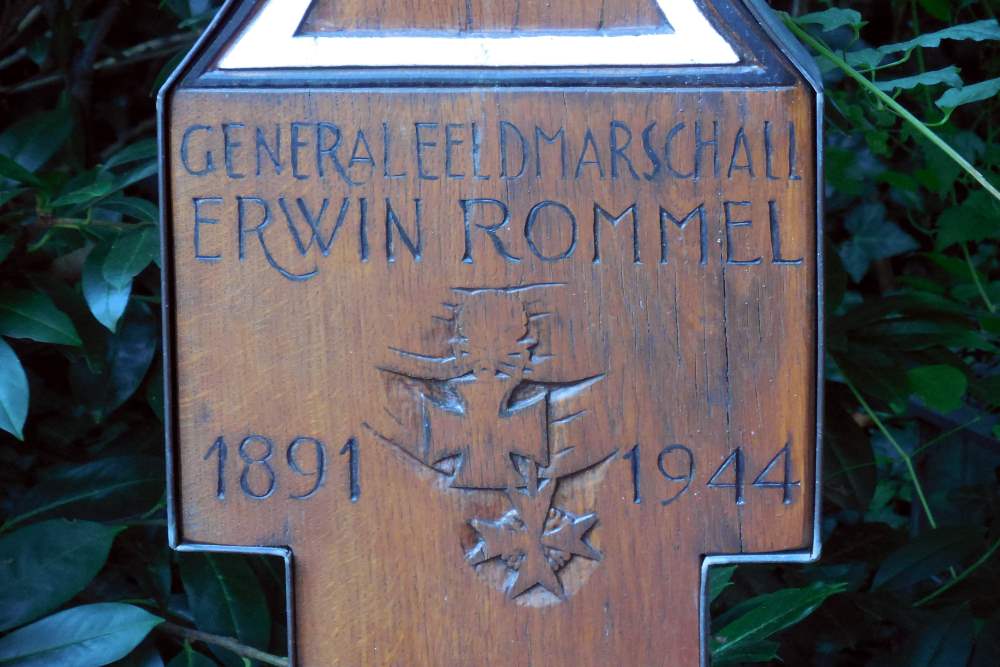 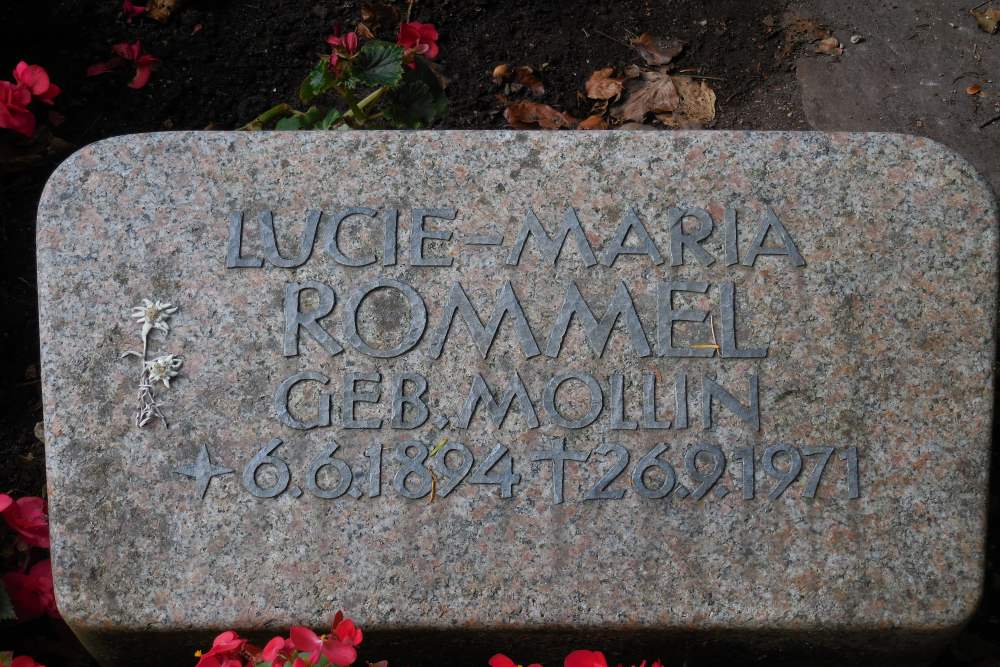 At the cemetery of Herrlingen rests Erwin Rommel, the "Desert Fox", together with his wife. He committed suicide in 1944, when he was a suspect in the treason against Hitler.

Erwin Rommel was born in 1891. He fought during the First World War. At the start of World War II in Western Europe, he led the 7th Armored Division that invaded France. In 1941, he became Commander in Chief of the Africa Corps. In this capacity he achieved many victories and was nicknamed the 'Desert Fox'. But in July 1942, the odds turned for Rommel. He returned to Germany a few months before the surrender of the Africa Corps, where he became commander of Army Group B and was responsible for the Atlantic Wall. Rommel was injured in an air raid during Operation Overlord. On July 20, 1944, a coup d'état against Hitler took place. During the interrogation of one of the conspirators, Rommel's name was mentioned. Because he was seen as an accomplice, he was given the choice: commit suicide and receive a state funeral or a show trial. He chose suicide. The reality surrounding Rommel's death was withheld. The German state cited the injuries he sustained in an air raid in Normandy as the cause of his death.