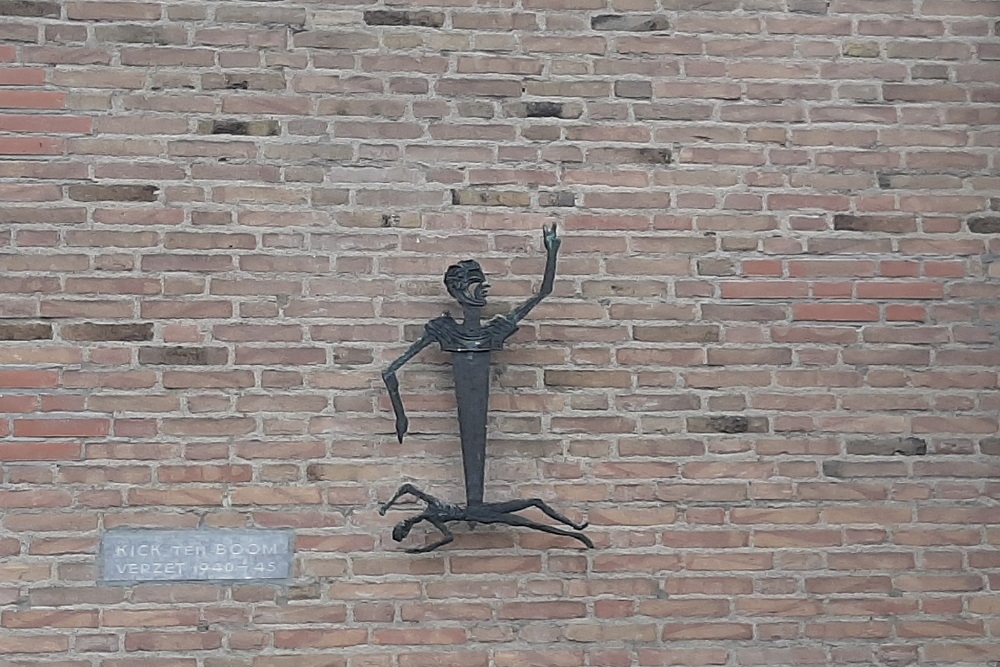 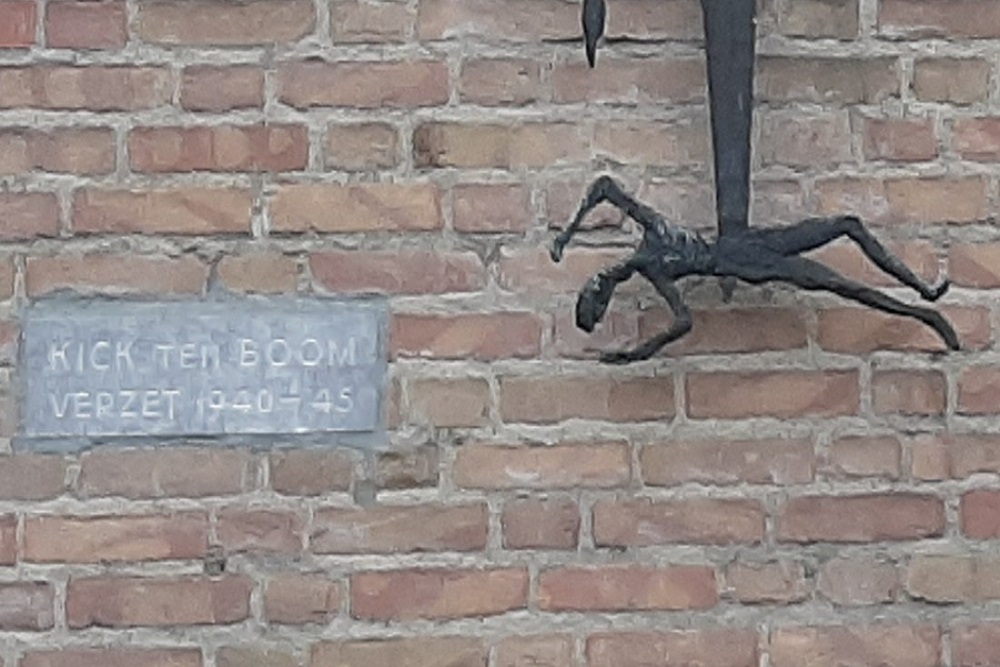 On the corner of Ten Boomstraat / Stroeslaan there is a monument in memory of the resistance fighter Kick ten Boom.
Kick (Christiaan Johannes) ten Boom was born on May 27, 1920.
He was the son of Rev. Willem ten Boom and Christina van Veen.
He was active in the national organization for help to people in hiding.
With false papers, he managed to free a number of men who had been arrested in the 1944 raid from the sports park.
He was arrested and died in Bergen-Belsen concentration camp in 1945.

A street in Hilversum is also named after Kick ten Boom, the Ten Boomstraat.