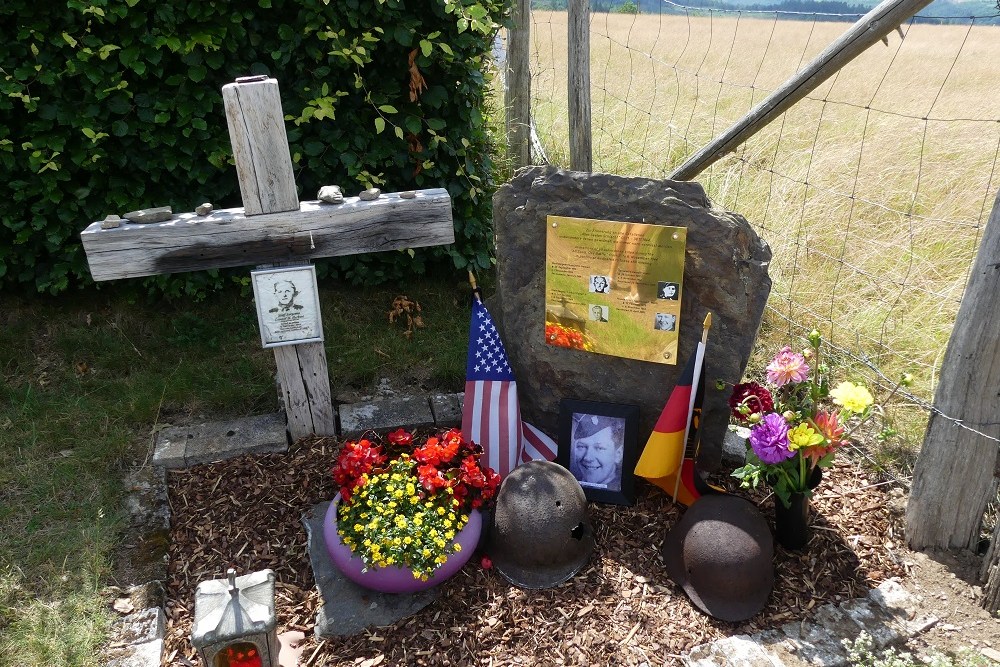 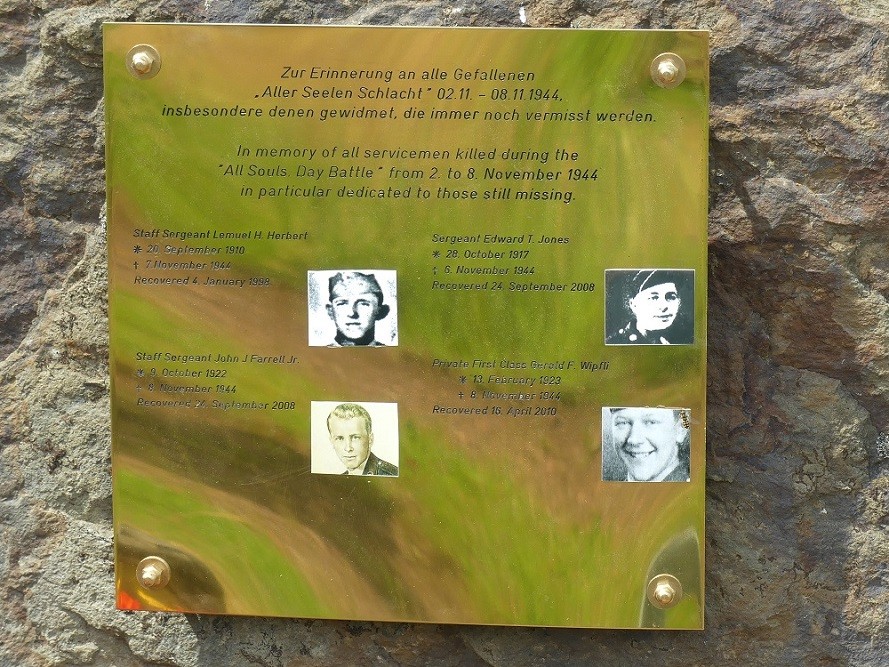 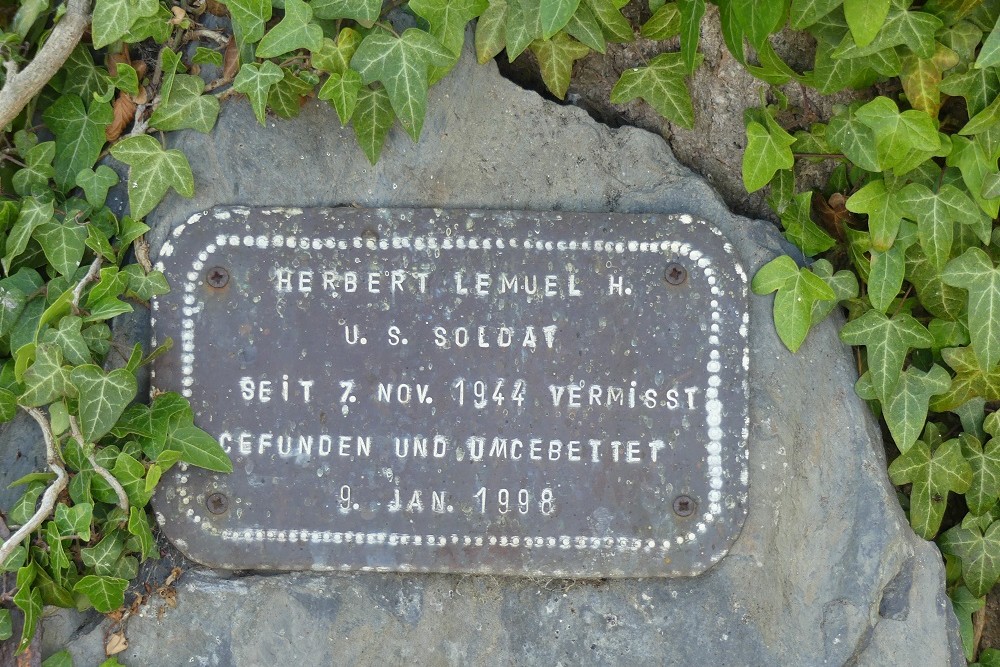 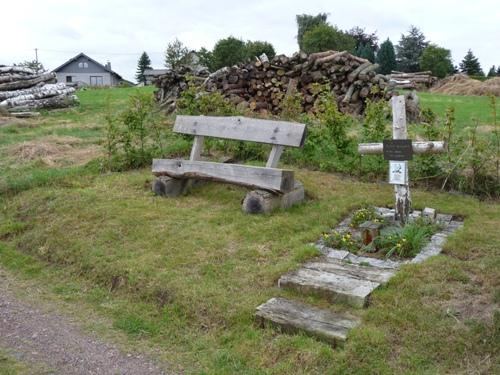 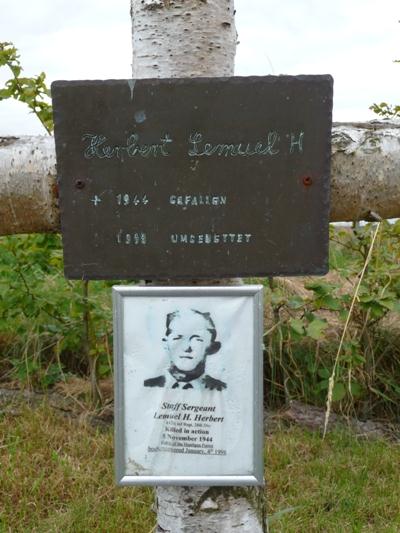 This cross commemorates Lemuel H. Herbert, who was killed in 5 November 1944. His remains were found on 4 January 1998 and were buried in the U.S.A. The cross was erected by Hans Dieter Naas.

In October 2020, a new monument was erected at the cross. It is dedicated to all the soldiers who lost their lives in the Battle of Schmidt, but especially those who are still MIA. The plaque contains the names of four soldiers found after 1998, including Herbert H. Lemuel.