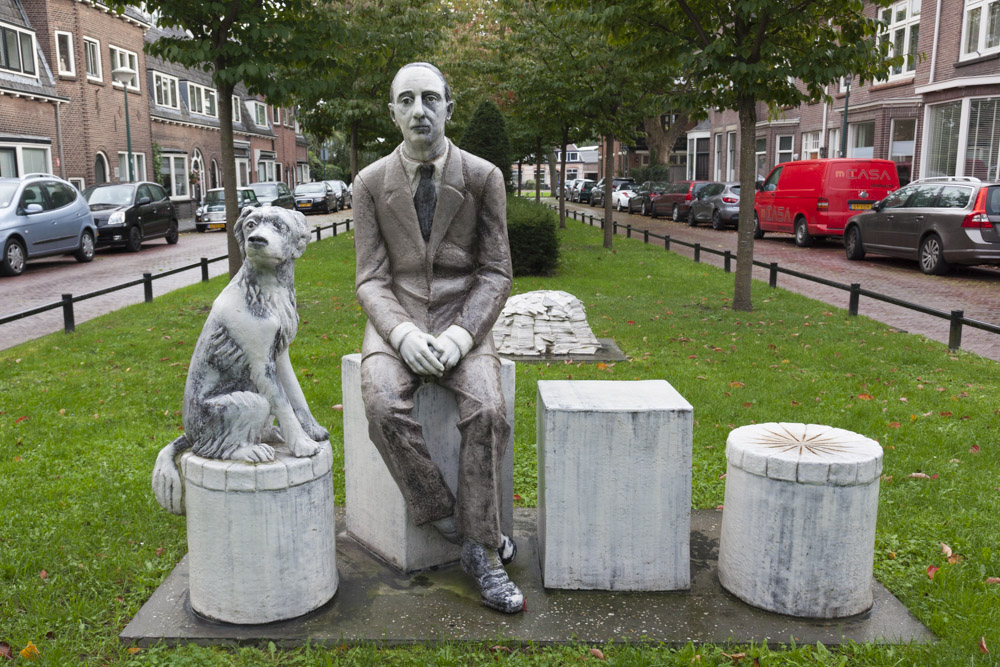 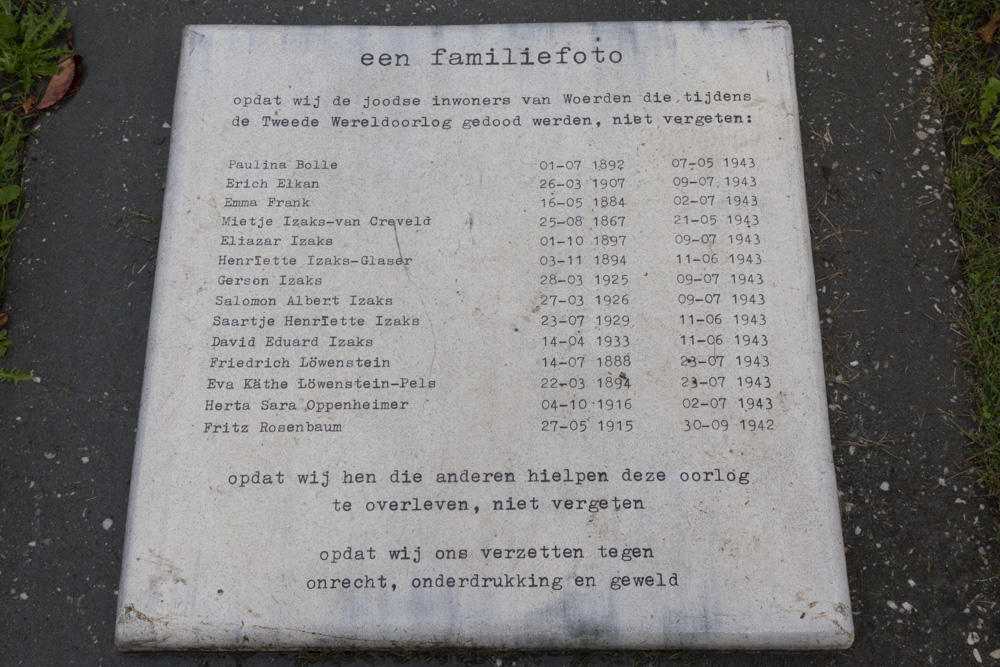 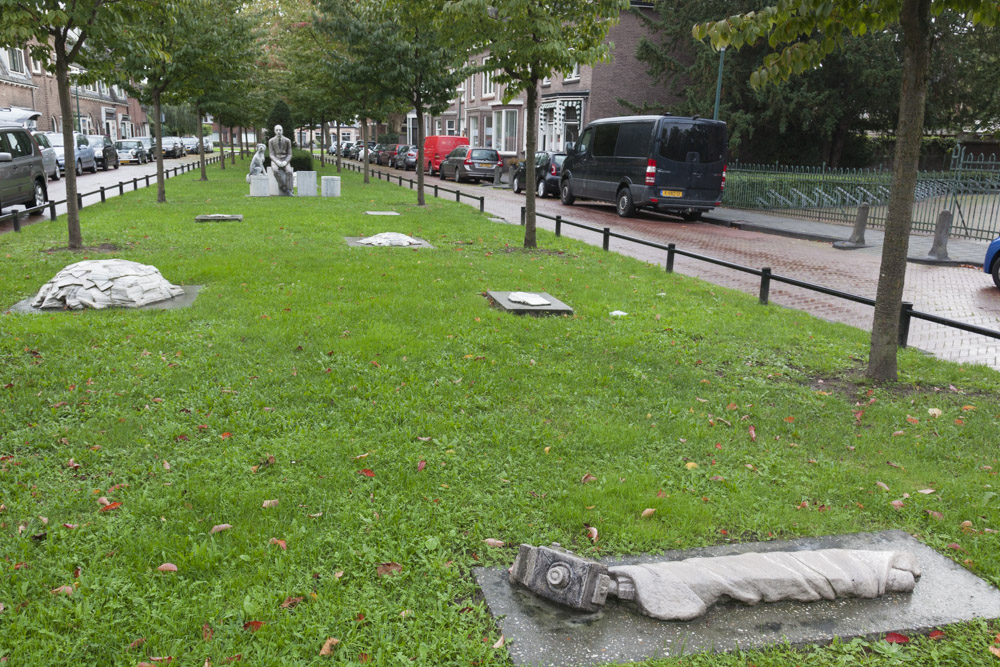 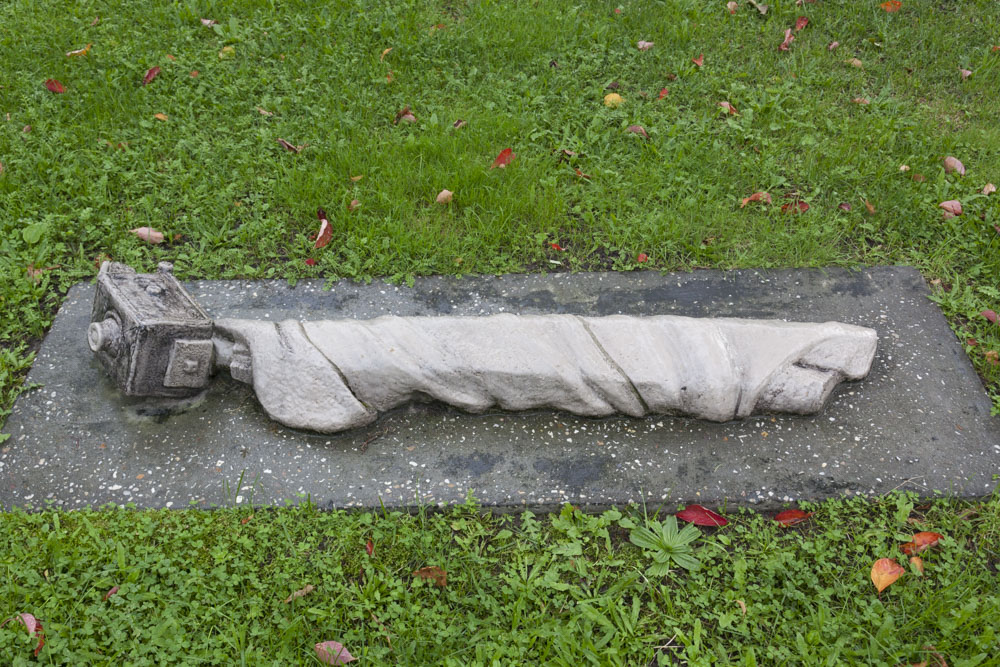 The Jewish Memorial "A Family Photo" is dedicated to the twelve in 1942 and 1943 in Auschwitz and Sobibor murdered Jewish residents of Woerden. This Memorial reminds also to those who have helped the survivors during the occupation in World War II.

Woerden had 42 Jewish residents at the beginning of the war. Twelve of the fourteen deported Jews, including the family Izaks, did not return.