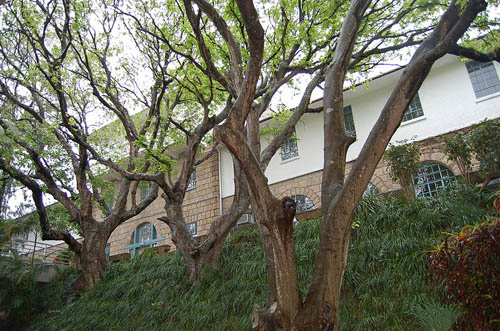 The St. Stephen's College was one of the last main British strongholds during the Battle of Hong Kong in 1941. It also served as military hospital. After the British defenders surrendered, Japanese troops stormed the school and massacred all Allied wounded inside. It was merged with part of Stanley Prison to form the Stanley Internment Camp during the Japanese occupation of Hong Kong.