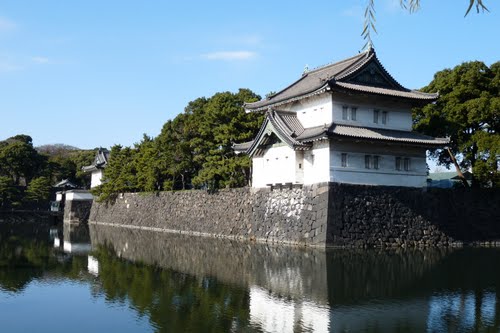 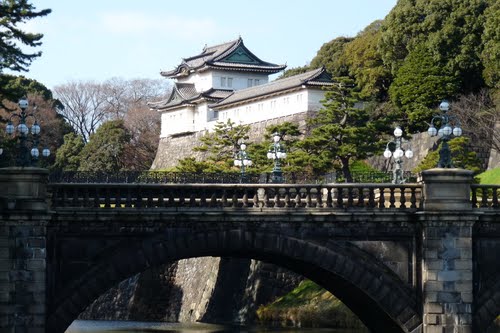 The Imperial Palace in Tokyo was the residence of the emperor of Japan, Hirohito, during the Second World War. The palace was largely destroyed during an American air raid on 25 May 1945. It was from the basement of the concrete library that Emperor Showa (Hirohito) declared the capitulation of Japan on 15 August 1945. The palace was rebuild after the war.