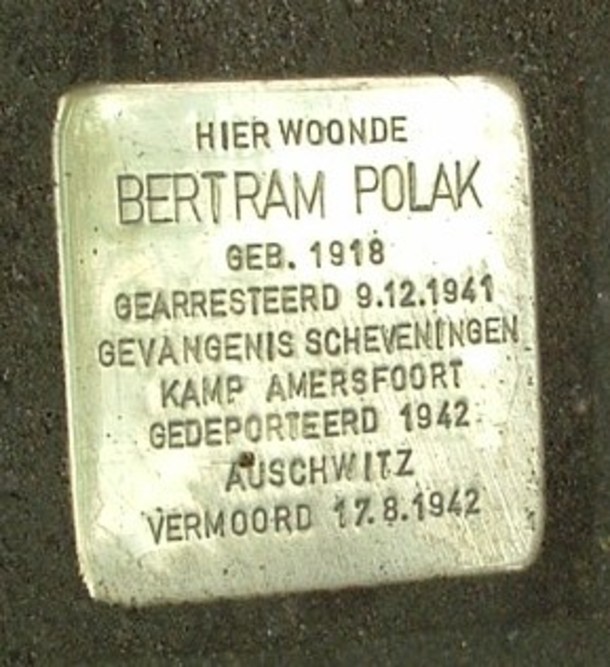 In the spring of 2011, the fifth stumbling block was unveiled in Tilburg. The stone was placed as a memorial for Professor Dondersstraat 77, the former residence of Bertram Polak (1918-1942), who died in 1942. Unlike the rest of his family, he was unable to find a safe haven in the United States. In May 1940 Bertram was mobilized as a soldier and two years later, in August 1942, he was murdered in Auschwitz.

The initiator behind this stumbling block is Prof. Dr. Arnoud-Jan Bijsterveld. He lives in this building and went in search of the former residents. This is how he found out about the history of the Polak family and decided to place a stumbling block.

The small copper plaques, in the pavement in front of houses of which the (mostly Jewish) residents were persecuted and mostly murdered by the Nazis, mention the name, date of birth and place (mostly a concentration camp) and date of death. 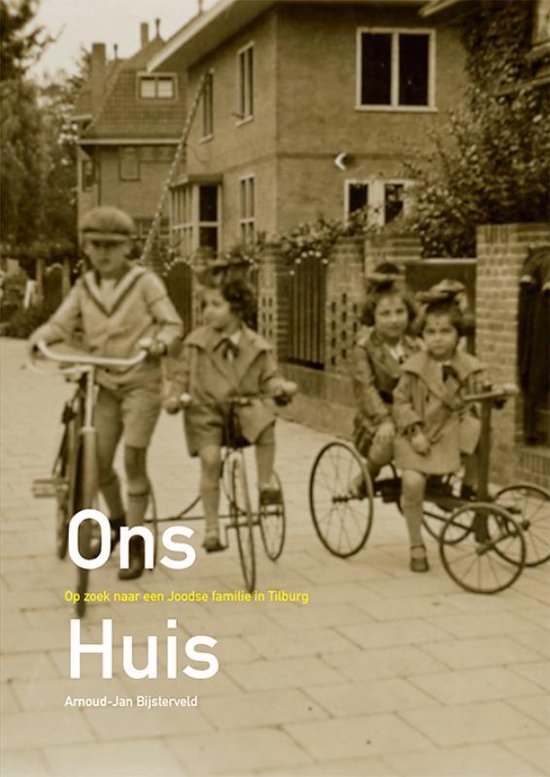