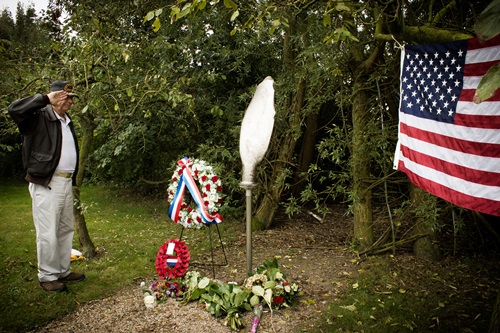 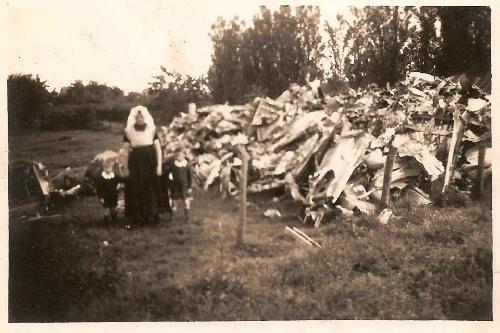 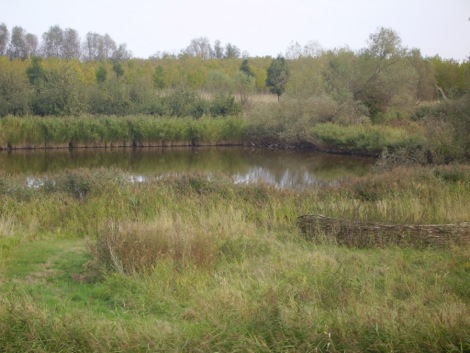 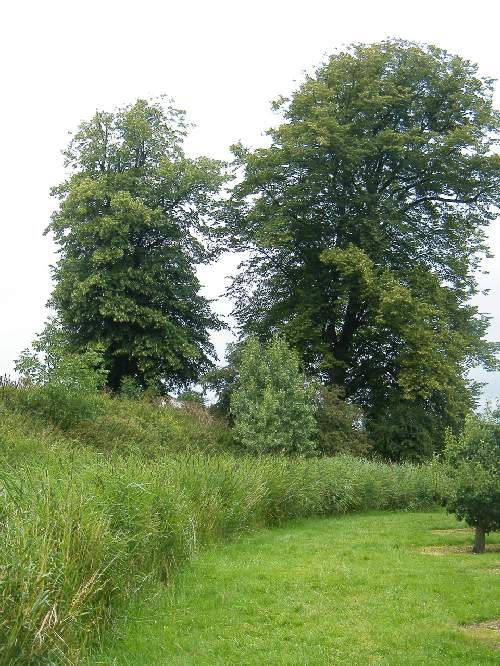 On 17 September 1944 Operation Market Garden began. The next day the Airborne troops had to get supplies by air. For this purpose bombers were converted to transport aircraft. By removing the ball turrets, an opening was created through which the supplies could be dropped. One of the crews that took part on the 18th of September 1944 was the crew of pilot 2/Lt. James Gerow. This was crew of the 579nd Bomb Squadron. This Squadron was part of the 392nd Bomb Group, nicknamed Crusaders. The Crusaders were based at Wendling Air Base (U.K.).

The dropmaster was added to the standard crew. His role was to conduct the dropping.

Over Goeree-Overflakkee the formation was hit by FLAK. The aircraft lost one engine. The aircraft suffered more hits, but succeeded to drop its load on the dropzone at Groesbeek. During the return flight the aircraft was hit again by FLAK. A second engine failed. With the Nordsee in sight James Gerow realised that they wouldnt make it to Engeland. He decided to divert to Brussels.
Over Zuid-Beveland in the Heinkenszand area, the aircraft was set on fire in the bomb bay by more Flak hits. James Gerow orderded the crew to bail out.

At that moment Eugene Kieras was in the back of the aircraft, while his parachute was in the front. Because of the fire he couldnt get there, so he tried to clamp himself to Ben Brink. Unfortunately he didnt survive this tandem jump.
Ed Yenso died in the crash, because he didnt dare to bail out. The other eight crew members came down safely. Shortly later the aircraft made a turn and crashed just outside the town of Heinkenszand. Six crew members were captured by the Germans. The officers were sent to Stalag Luft I in Germany. The NCOs were transported to Stalag Luft IV in Poland. They all survived the war.

Two crew members, Loyce Ely and Joseph Sulkowski, were able to evade capture. With the help of the local resistance group (Group Griep, named after the local doctor Kees Griep), they got safe hiding places. They stayed there until the area was liberated by the Canadians.

Piet van den Dries was one of the members of Group Griep. His grandson Mark inherited all his documents, pictures etc. Mark studied the crash and wrote a book about it: Noodsein boven Zeeland (the crash of an American bomber in a Zeelandic polder). This book was first published in december 2012.