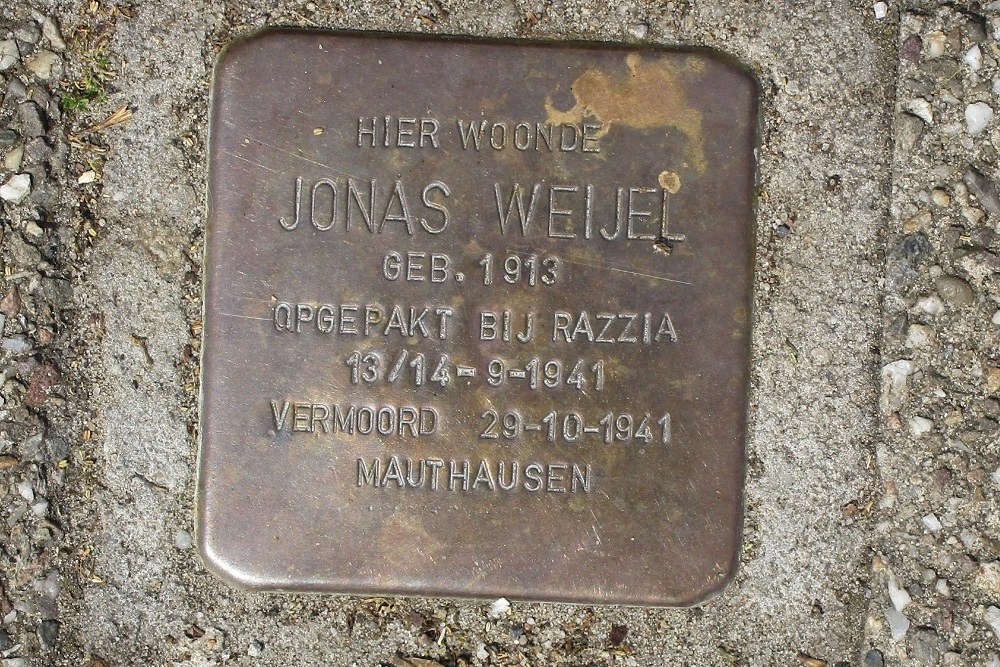 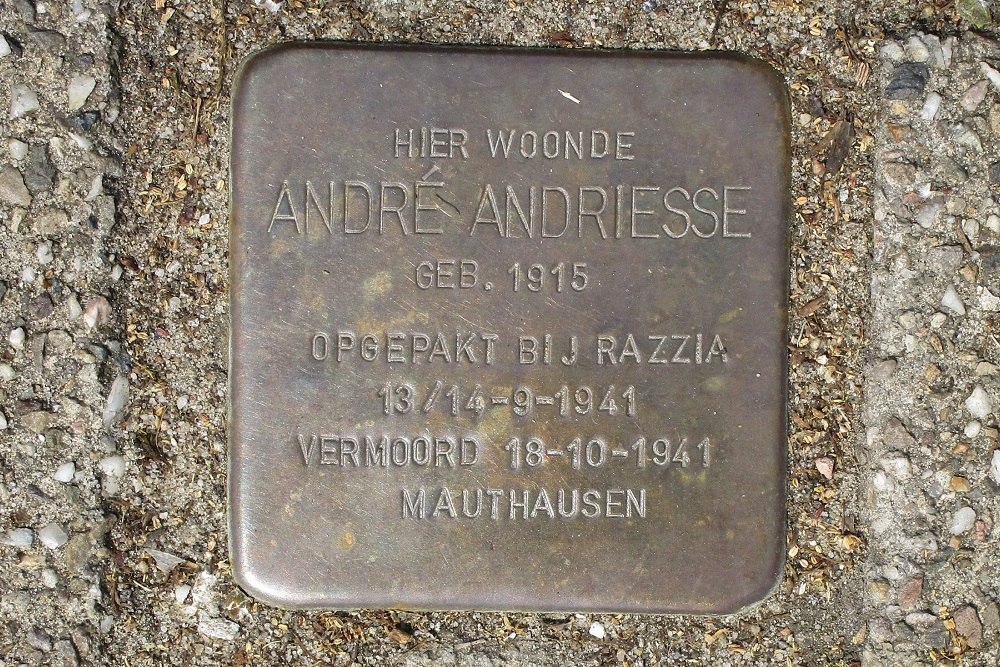 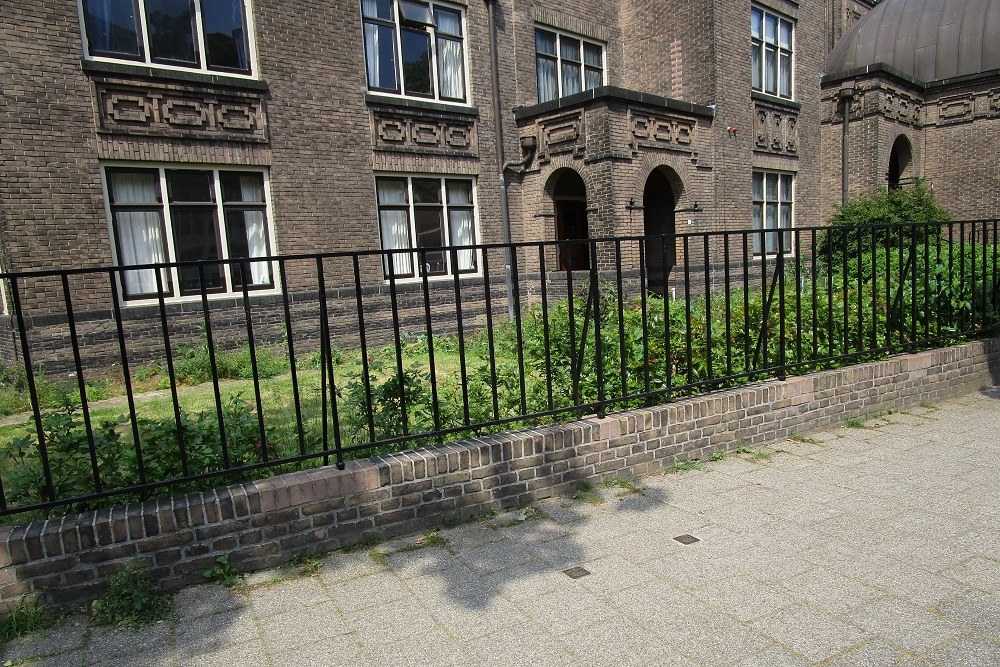 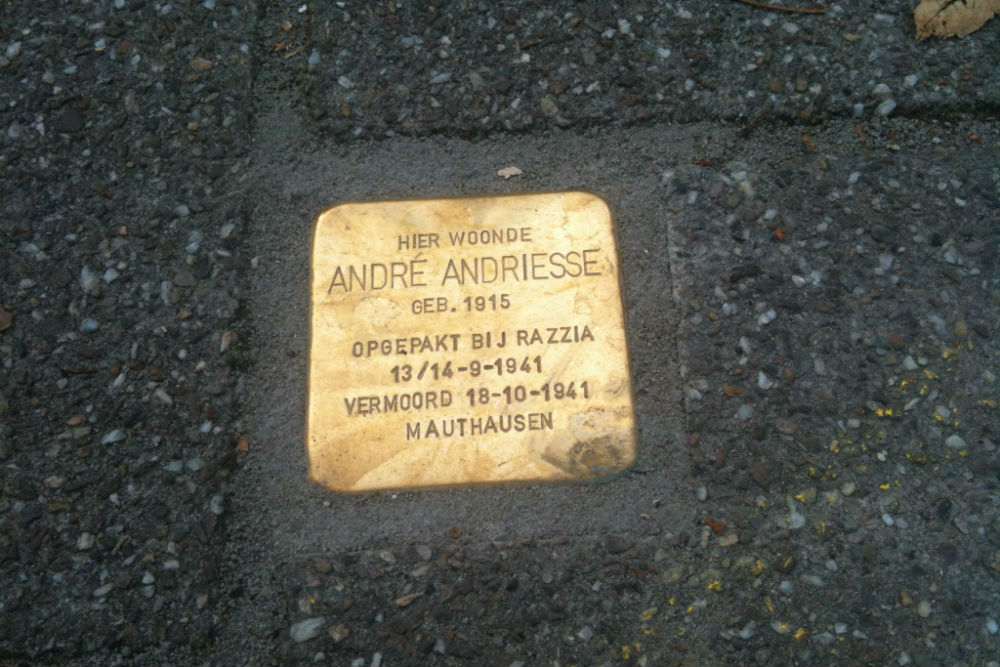 These Remembrance Stones have been laid on the sidewalk of the synagogue for:

Both were arrested during the raid on September 13/14,1941. From here they were transferred by train directly to Mauthausen on 16 September. From all over Twente, 105 men were deported to Mauthausen in this way.