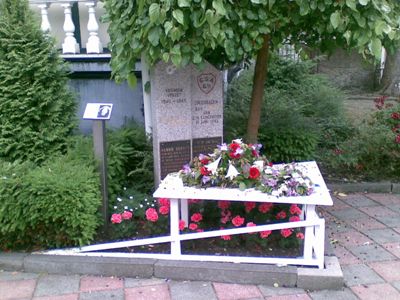 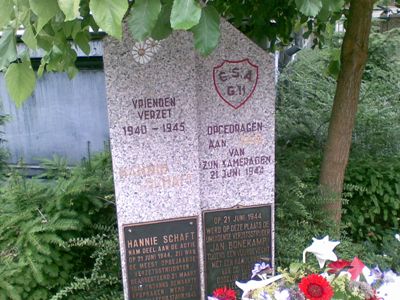 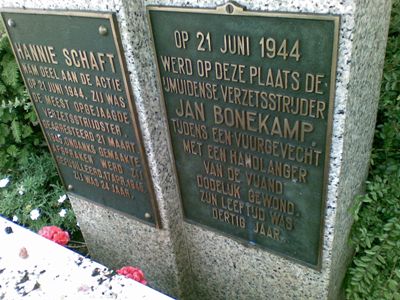 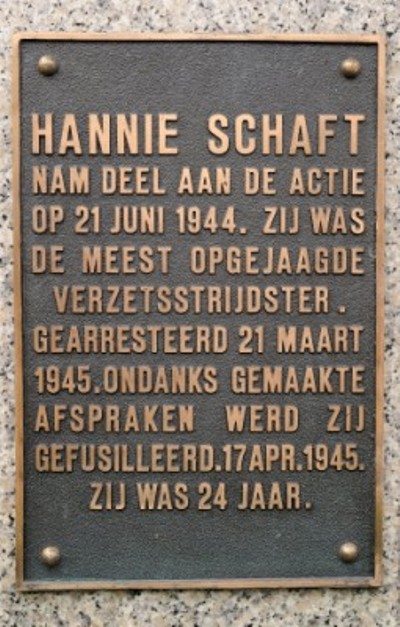 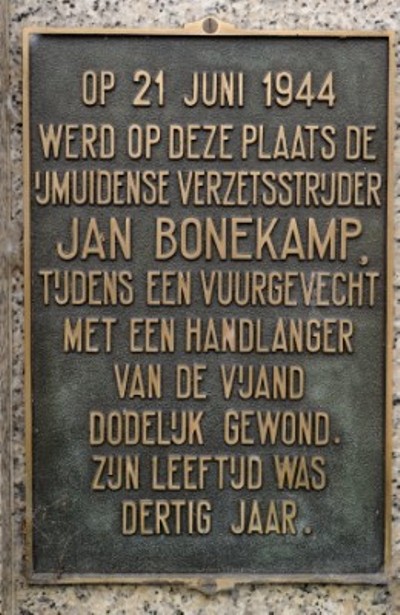 Hannie Schaft, born on September 16, 1920 in Haarlem, studied International Law at the University of Amsterdam. In the first years of the war she already did resistance work against the German Nazi rulers as a student. She finished her studies in 1943 and contacted the Haarlem resistance group of the Council of Resistance. She, along with others, committed many acts of resistance and became known to the Germans as "the girl with the red hair".

During a routine check, she was caught in possession of resistance forces and a gun. Hannie Schaft, 24 years old, was shot dead in the dunes near Overveen on April 17, 1945, 3 weeks before the liberation. On September 27, 1945, Hannie Schaft was reburied at the in the presence of Queen Wilhelmina, Princess Juliana and Prince Bernhard. She was posthumously awarded the Resistance Cross from the Queen. She also received an important posthumous award, the "Medal of Freedom" from General Eisenhower.

The text on the left half of the memorial stone reads:
Friends
Resistance
1940 - 1945

The text on the right half reads:
Dedicated
to Jan
from
his comrades
June 21, 1944.

The text on the left plate reads:
Hannie Schaft
took part in the action
on June 21, 1944. She was
the most hunted
resistance fighter.
Arrested March 21
1945. Despite made
she became appointments
executed April 17, 1945.
She was 24 years old.

The text on the right plate reads:
On June 21, 1944
became the
IJmuidense resistance fighter
Jan Bonekamp
during a firefight
with an accomplice
of the enemy
mortally wounded
his age
thirty years. 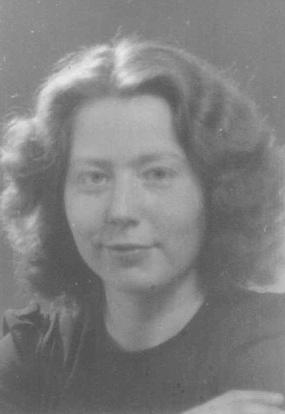