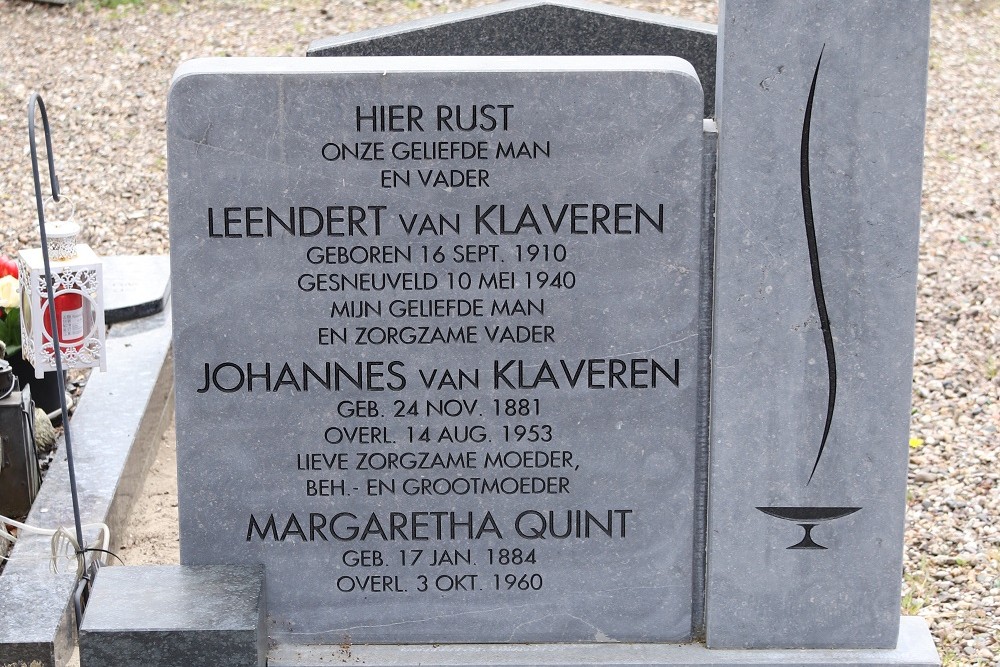 At the Municipal Cemetery in Zaandam are the grave of a victim who died in World War II.
This is the grave of:

Leendert van Klaveren was born in Alphen aan de Rijn on September 16, 1910. He was a soldier of the Voluntary Landstormkorps Motor Service at Schiphol station where he was added to 1/2 - II 1 LvR. Military Aviation Department.
Just after 4:00 am on the morning of May 10, 1940, the Luftwaffe carried out a heavy bombardment at Schiphol, the main target of a first wave of attacks by the German Fall Gelb, which was to begin the occupation of the Netherlands. The attack on the airport lasted for nearly two hours, dropping about 600 bombs. However, the Germans failed to destroy the Dutch military aircraft as a surprise. They had been previously informed and had already chosen the airspace.
Leendert van Klaveren was killed in the first attack wave. His body was temporarily entrusted to the earth in Hoofddorp and later reburied at the Municipal Cemetery on the Zuiddijk in Zaandam.
(Source: Zaanwiki.nl)