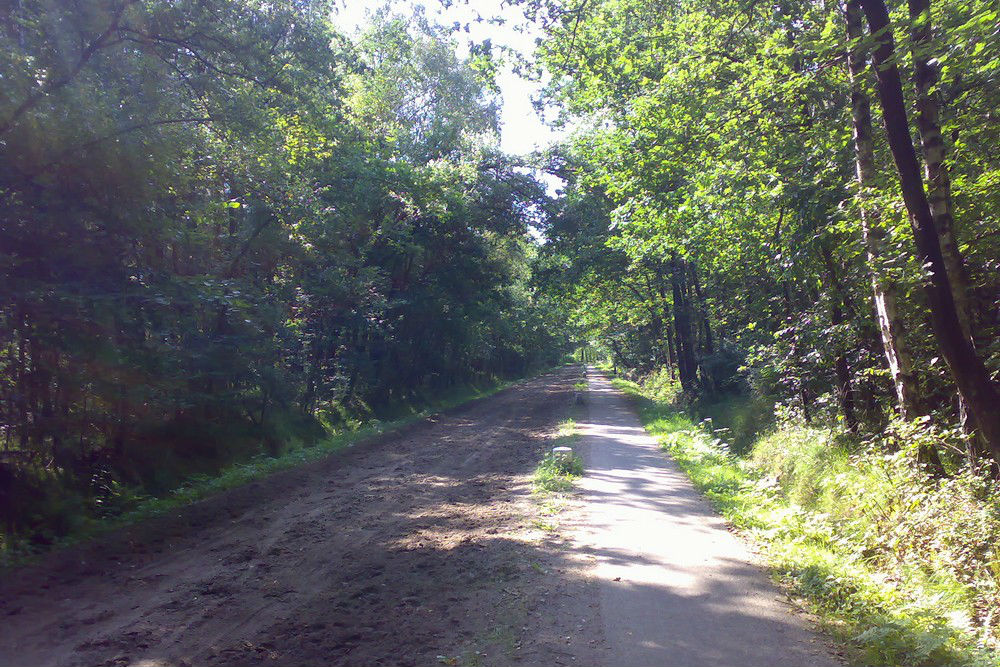 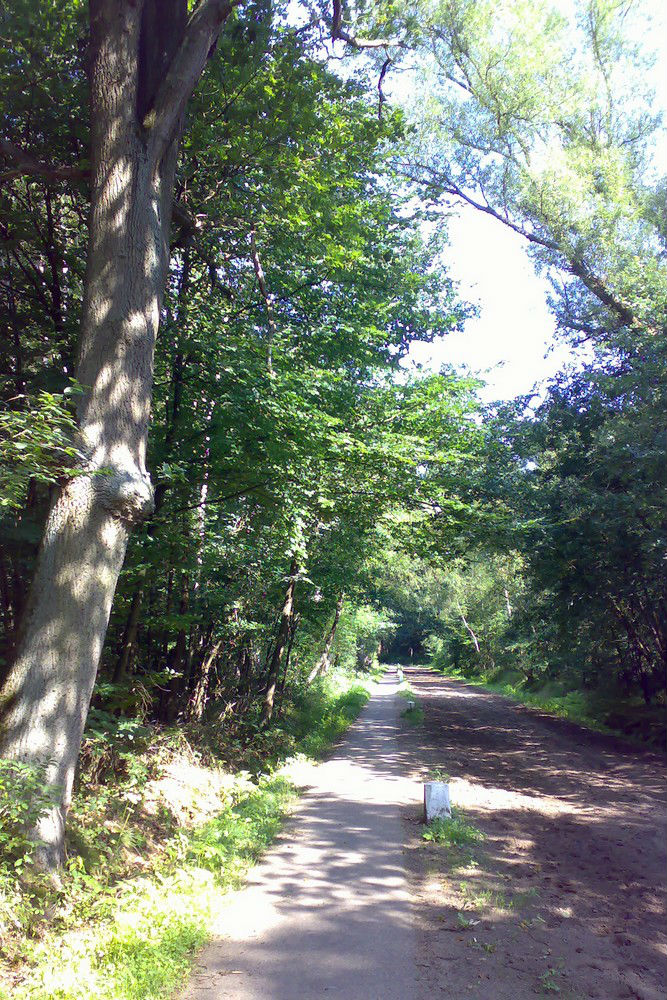 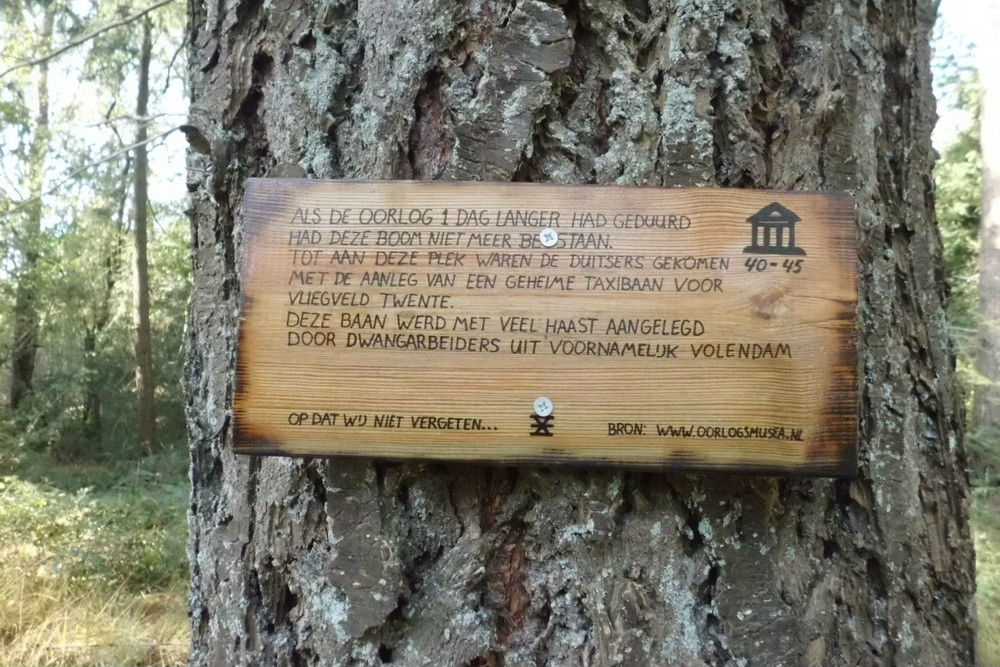 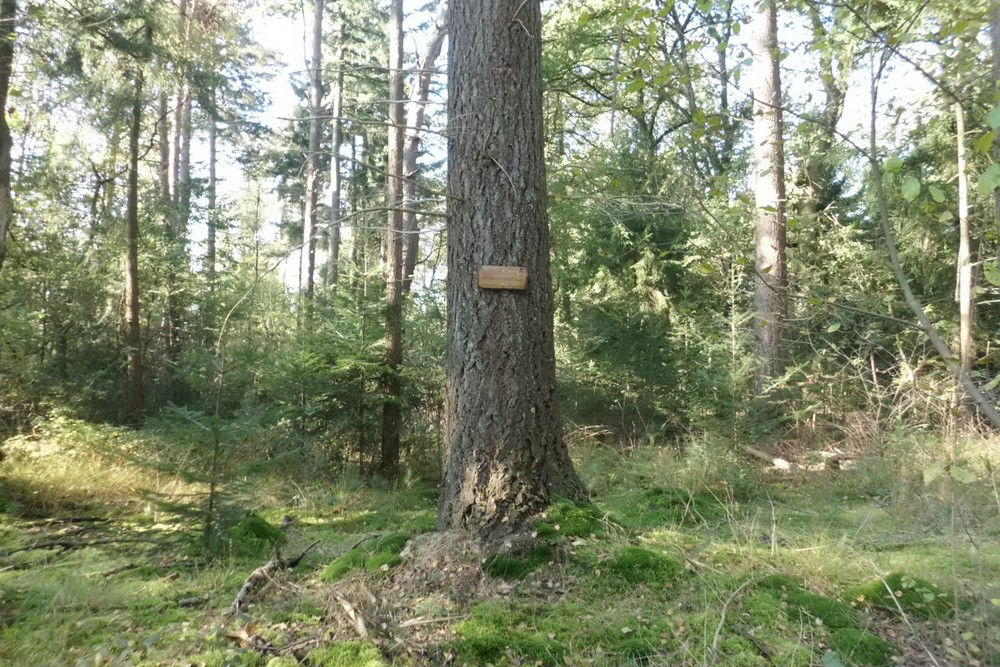 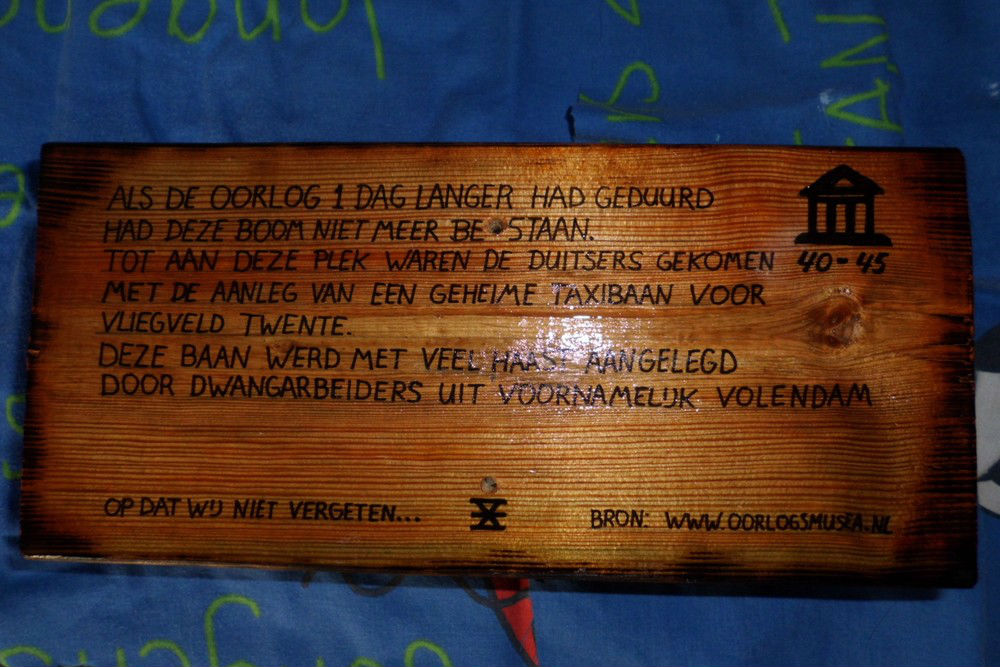 By the end of Second World War the airbase at Twente, which was occupied by the Germans, become unusable because of the many bombings. The German planes were therefore moved southwest of the base hidden in the woods at Drienerlo.

The Germans built with great haste a new runway in the woods at Drienerlo using forced labourers mainly come from Volendam. This taxiway was used by the aircraft (mostly night fighters) as a link road to the airport from the so called splitter boxes in which they were stalled in the forest.

The course ran through Espelo Court to Driene and a large part was already paved. At the edge of the street Wiedicksbeekweg, there is an oak on a place where essentially Birches stand.

If the war had lasted one day longer this Oak wouldn't stand here anymore, because the construction of the runway wasn't completed at the end of the war. The tree is marked with a circle with boulders and a sign with explanation why this tree is so special. The sign is not very notable, it fits into the landscape. To protect the tree, short stainless steel screws were used.