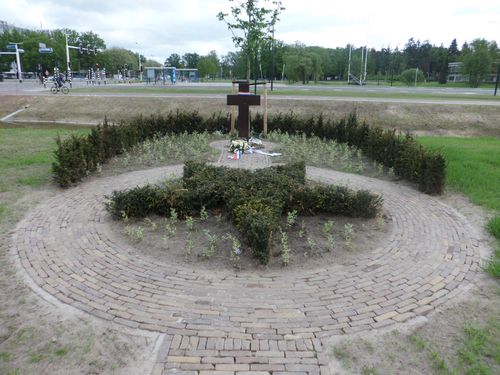 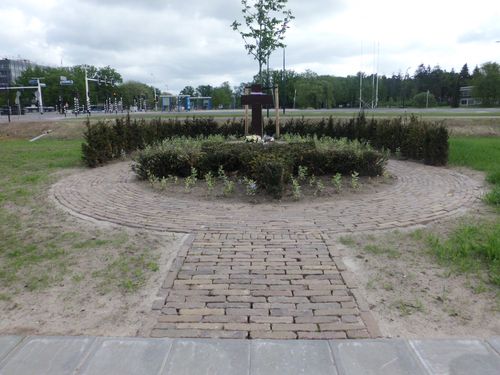 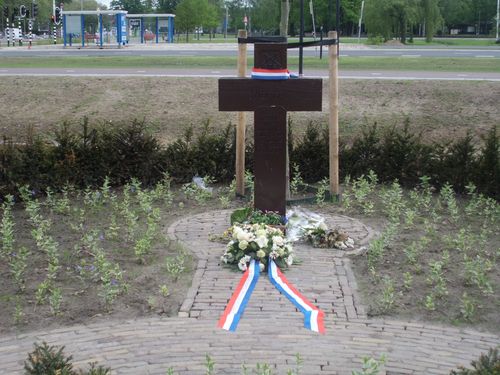 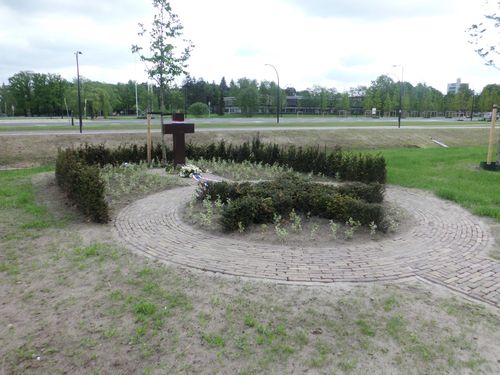 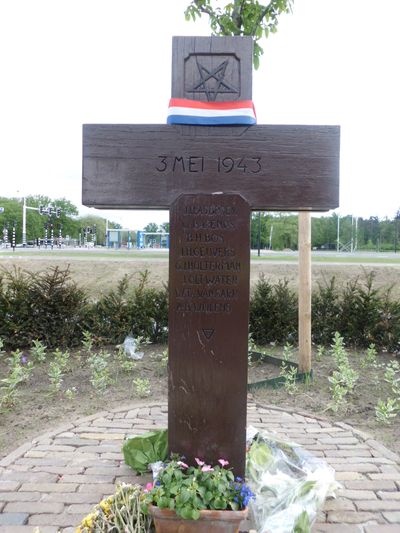 In Enschede, near Hotel de Broeierd in the Hengelosestraat, there can be found a memorial. This cross stands in memory of the execution in 1943 of a number citizen of Haaksbergen, who worked at the textile fabric Jordaan.

In the fabric Jordaan, was protesting on May 3 1943 against the various measures taken by the German occupiers. This was also done by Odink & Koenderink, Twents Cable factory, the Town Hall, the dairy and textile Ten Hoopen and others. The Germans seized and eventually arrested 9 workers and brought them to the location of the Hotel de Broeierd. Seven of them were shot, because "the were fleeing", two of them escaped, which one of them was later on arrested and shot.

In Haaksbergen is also a memorial, erected for the same brutal action done by the Germans.