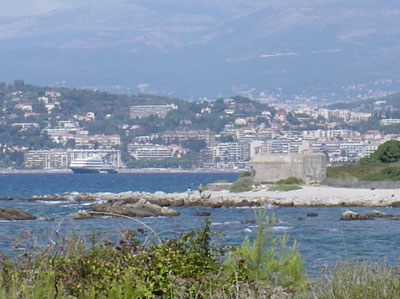 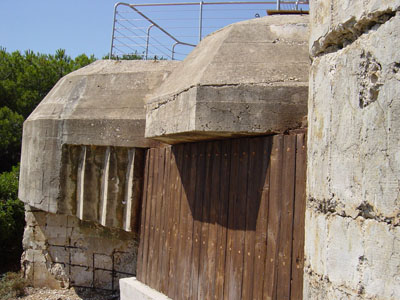 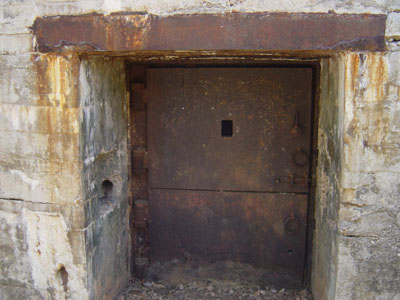 On the island of Sainte-Marguerite (largest island of the Lérins Islands), that lies near the coast of Cannes, there are a number of German artillery bunkers.Because the bunkers were located on the island, these could very easily fire on surrounding beaches.

When Operation Dragoon started on August 15, 1944, these cannons fired in the direction of Saint-Raphael. Soon, the battery on the island was made harmless by fire from the allied navy.

The island has besides the small cemetery of North African soldiers who fought during WWII also a well known fortress. The Fort Royal, which was built in 1612, was later converted into a prison. This prison is still a tourist attraction, because the so called "Man in the Iron Mask" was imprisoned here in the 17th century.