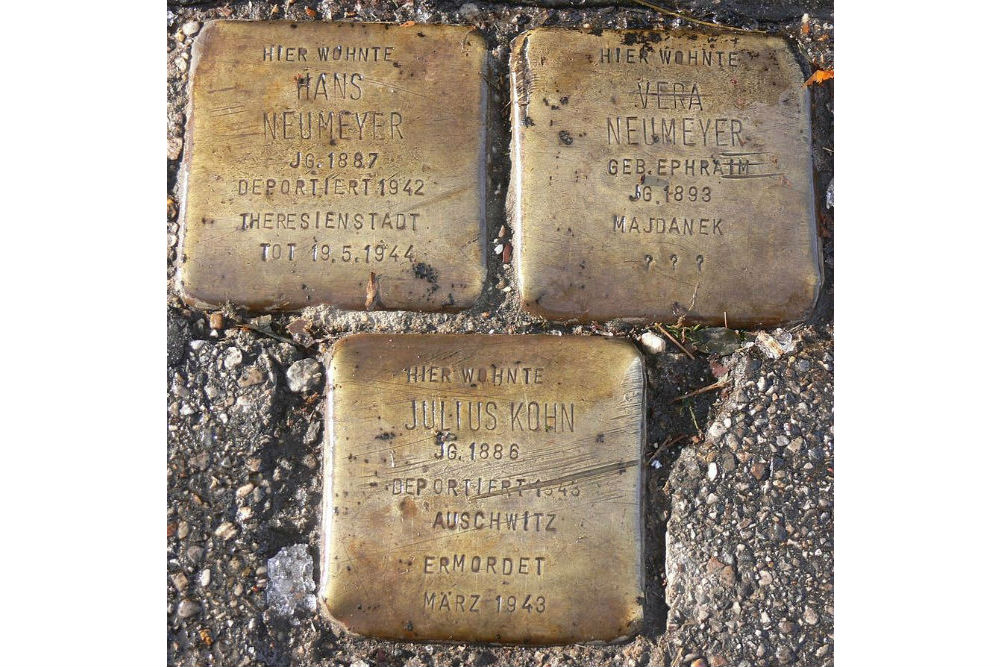 Hans Neumeyer was blind and a teacher of musical harmony and composition. Most of his own compositions are lost, although two of his chamber pieces survived, both of which he composed in 1940 after the family had been evicted from their Dachau house on Kristallnacht. They went to Munich.

Hans was married to Vera Neumeyer née Ephraim, a teacher of improvised dance. They had two children, Ruth and Raimund. The parents recognized early the dangers of the Reich. Through her work, Vera had made contacts in England and was able to get both children on a Kindertransport on 9 May 1939.

Vera and Hans wrote the children frequently. Veras last brief message to them was written on 9 July 1942 just before deportation: "Going on journey, but cheerful and happy, healthy. Father same. Keep in touch with aunt Dora Böse, Dresden, Leipzigerstrasse 147. Keep happy! Mother"
Veras final message was to her sister, written the Sunday night before the 13 July 1942 deportation. She expressed her thoughts for others  for her family and for the people in the deportation whom she hoped to give support.

Julius Kohn, an accountant and office worker, was their lodger. He was a WW1 veteran and had no family. In 1939, the Nazis, in order to stop the performance of a play in the house, took Julius to Dachau concentration camp for 2 weeks. He did not speak of what had happened there. His deportation to Auschwitz in 1943 followed those of the Neumeyers.