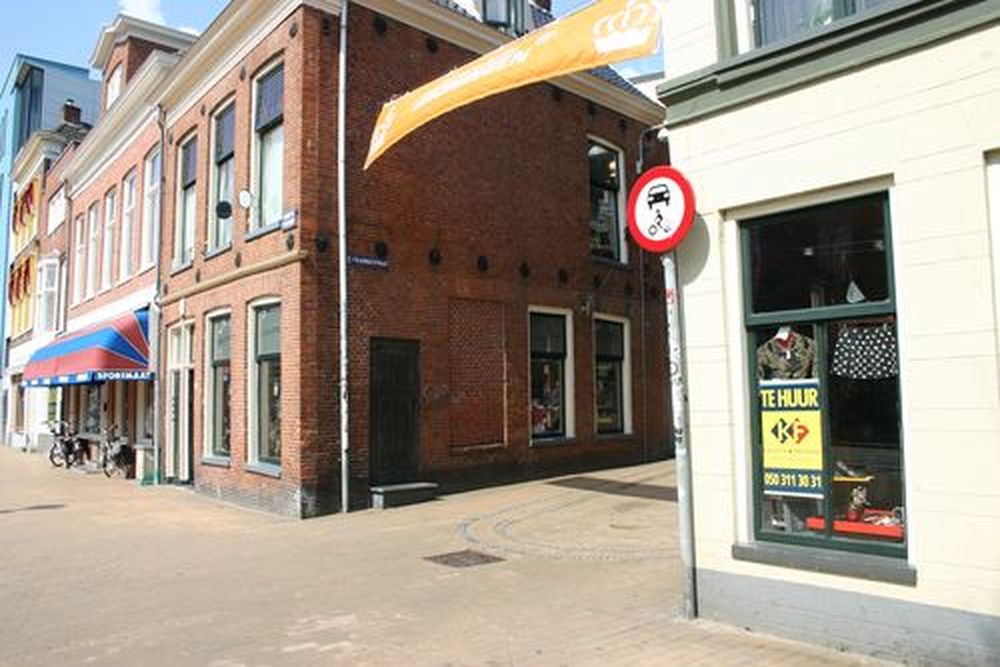 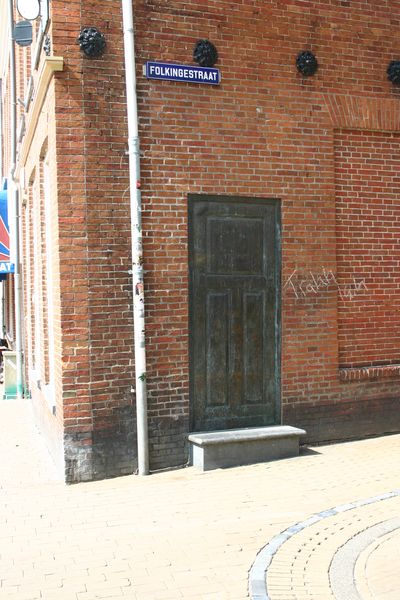 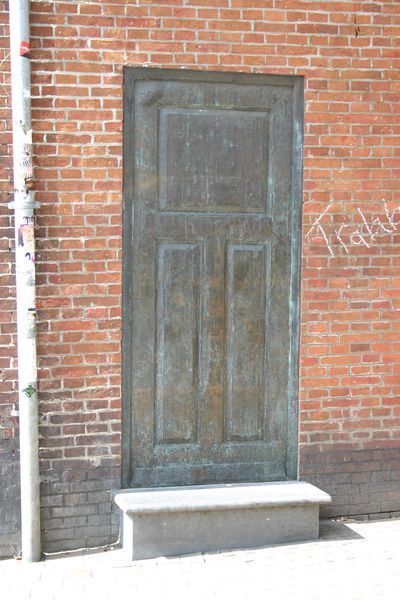 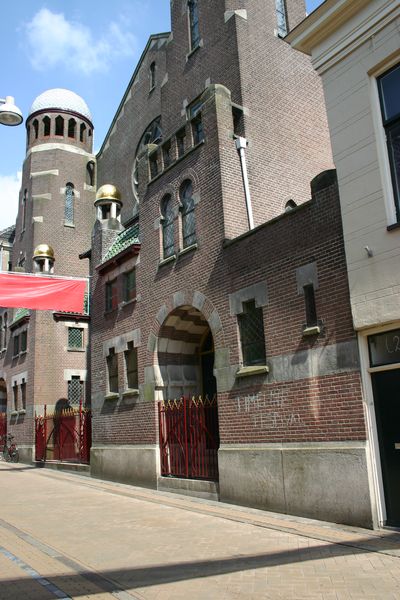 The Folkingestraat in the center of Groningen runs from the Vismarkt to Zuiderdiep. Until 1942 the street was the center of the Jewish quarter. In 1942, 2,450 Jews deported Groningen, in the following year further than 300. According to the population had the city in 1941 2.850 Jewish residents who met the definitions used by the occupier to be eligible for deportation into account. Only a dozen survived the concentration camps. In Folkingestraat were 191 Jewish residents. The last part of the Folkingestraat, breakthrough to the Zuiderdiep, was called from 1756 to 1890 Jodenstraatje, also Sjoelgasse, therefore Small Folkingestraat.
Known addresses were:
house number 36 Old Jewish school
house number 59 birthplace singer Julia Culp
house number 60 Jewish Synagogue

The "Portal" is a door with no handle, which leads nowhere.
Behind the closed door is the history of Folkingestraat hidden. A history that may be not retold because the people who once lived, were deported during World War II.