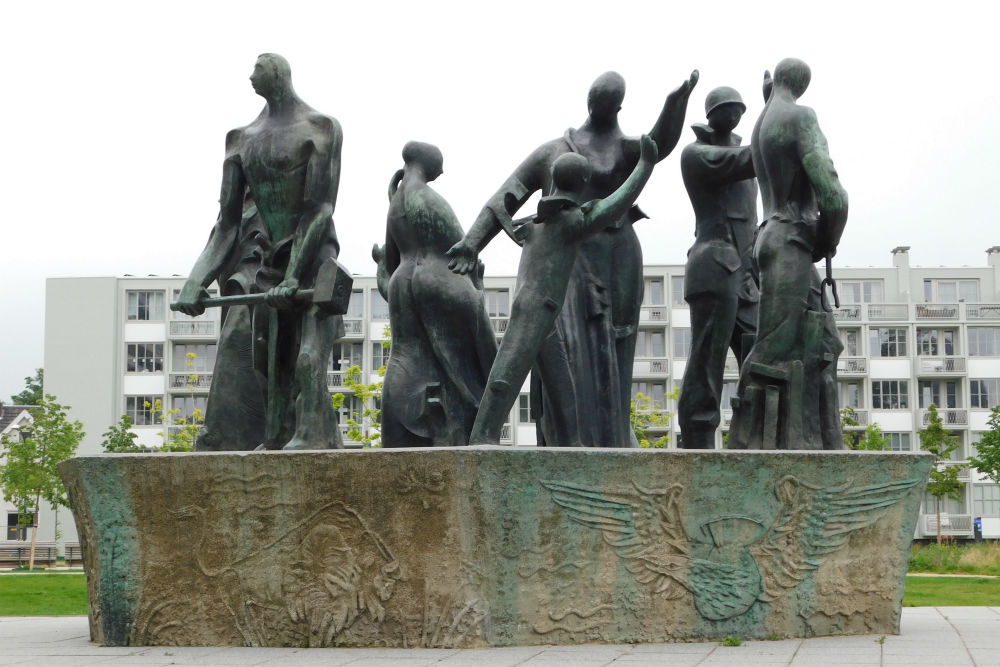 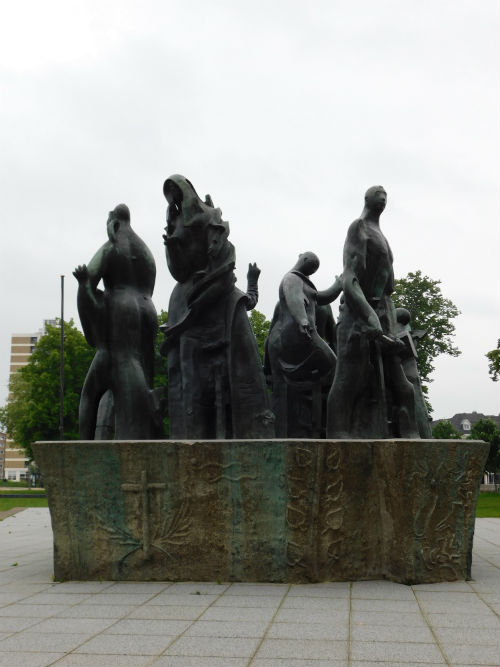 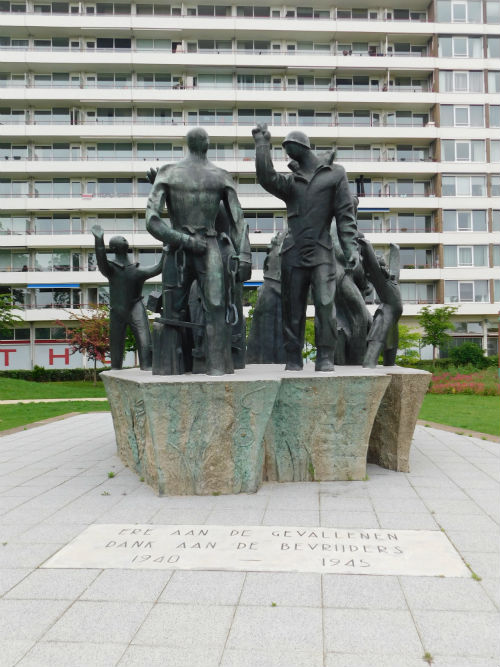 The War Memorial in Maastricht is a bronze group of statues existing of eight partying human figures. The statue was placed on a concrete socle. Decorations were placed on the socle. Portrayed in relief are: a leif, flower tendrils, a star, a cock, a French lily and a climbing lion. A bronze dish was placed in front of the memorial plaque in which a liberation fire can be set to fire.
Each of the figures portray a different aspect of the war:
- the liberation by the American army
- the activities of resistance organisations
- the come back of Dutch civilians in imprisonment
- the joy of new found freedom
- the resume of labour and rebuilding
- the grieve for the war victims

In front there is a man who broke his chains of suppression. Next to him an American soldier makes the V sign ("Victory"). On the left and right side on the back are two dancing children. Behind the children are their mothers, of whom one still has her scared child in her arms. On the other side there is a workman with a hammer in his hands. He portrays the stubbornness and the will to rebuilt. Next to him is a woman in grieve, she portrays the suffer and grieve.