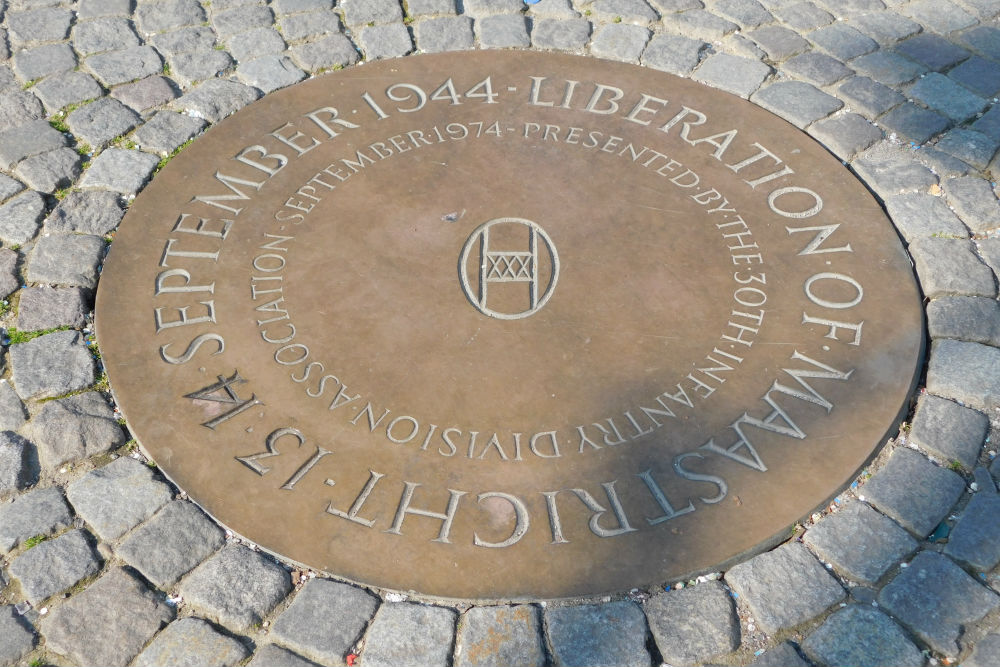 The Memorial Plaque was placed at the corner of Vrijthof in Maastricht.

The Plaque for the 'Old Hickory Division' in Maastricht was made out of bronze. The memorial plaque was manufactured in the shape of a medallion. The plaque has a section of 1 meter 20.
The text on the plaque is as following:
'13-14 SEPTEMBER 1944
* LIBERATION OF MAASTRICHT *
PRESENTED BY THE 30TH INFANTERY DIVISION ASSOCIATION'.

The American Troups of the 30th Infantry division called 'Old Hickory', liberated the city of Maastricht on the 13th and 14th of September 1944.

After a succesful advance through Northern France and Belgium the Americans of the 30th infantry 'Old Hickory' succeeded to liberate the biggest part of Southern Limburg. On the 19th of September 1944 the American advance in Southern Limburg stagnated a few kilometers North of Sittard. The frontlines were right in the middle of Limburg. The months following there was a rough and bloody battle emerged in this area, of whom the civilians suffered heavily. In this last phase of World War Two the Germans gave many people in Limburg the order to evacuate.