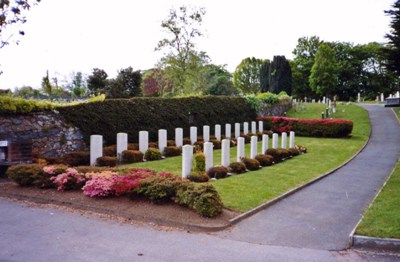 Foulon Cemetery in St. Peter Port contains the graves of 28 members of His Majesty's Forces who either died while serving on the island or who were washed ashore on the coast, 1 of the naval burials is unidentified. There are also four 1914-1918 War graves. The graves of the Royal Naval casualties, crewmen of H.M.S. Charybdis, which was sunk by the enemy in the English Channel on 23rd October, 1943 and of one soldier, are in a small reserve plot. There is also 1 French soldier buried on this cemetery.