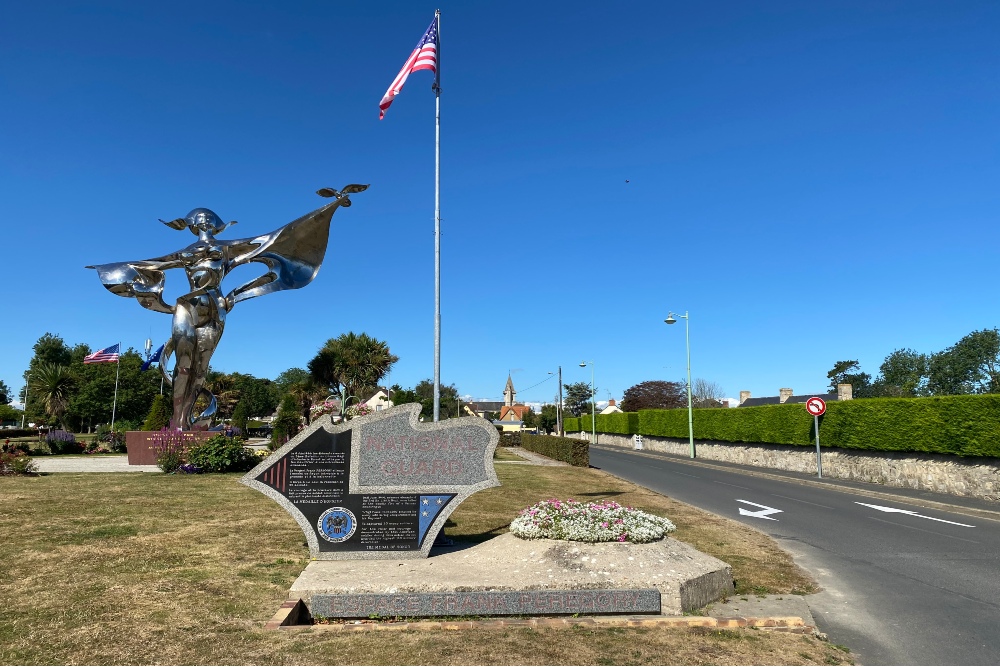 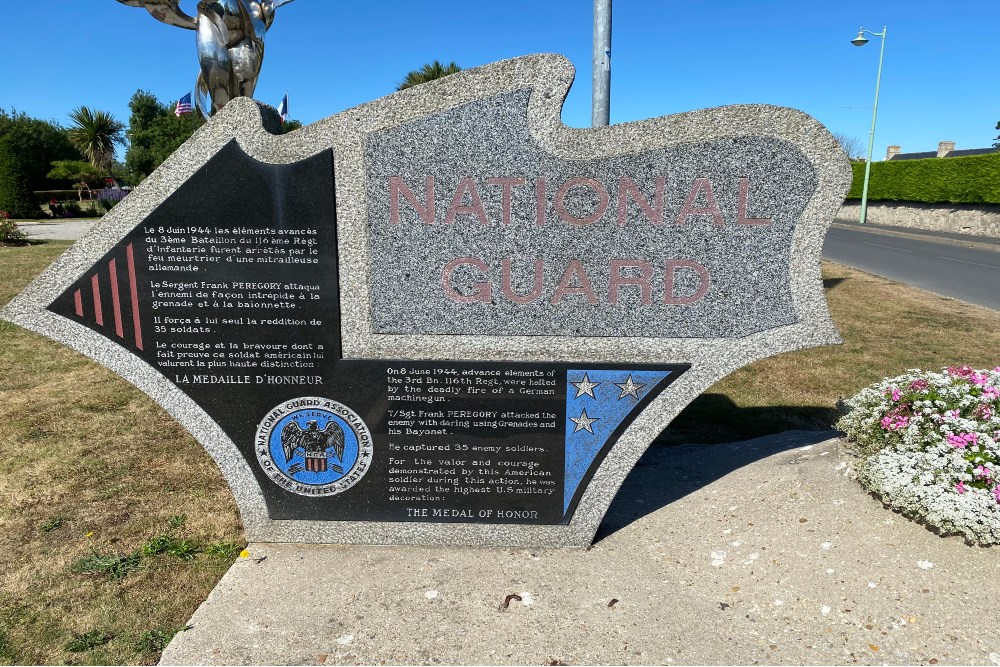 The memorial is located near the Statue de la Paix. It is a small memorial, commemorating the US National Guard.

The text on the memorial:
On 8 June 1944, adance element of the 3rd Bn 116th Regiment were halted by the deadly fire of a German machinegun.

T/Sgt Frank Peregory attacked the enemy with daring using Grenades and his bayonet.

For the valor and courage demonstrated by this American soldier during this action, he was awarded the highest U.S. military decoration: The Medal of Honor.