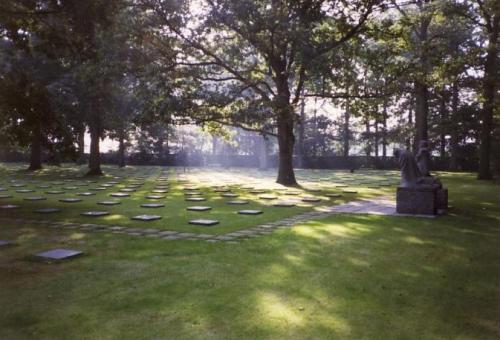 After World War II it was decided to merge almost all German war graves from the First World War in West Flanders together in four major cemeteries: Hooglede, Vladslo, Langemarck and Menen.

The cemetery Vladslo is very famous for its impressive statue "Grieving Parents" by Käthe Kollwitz, which she made to commemorate her son who is buried here.