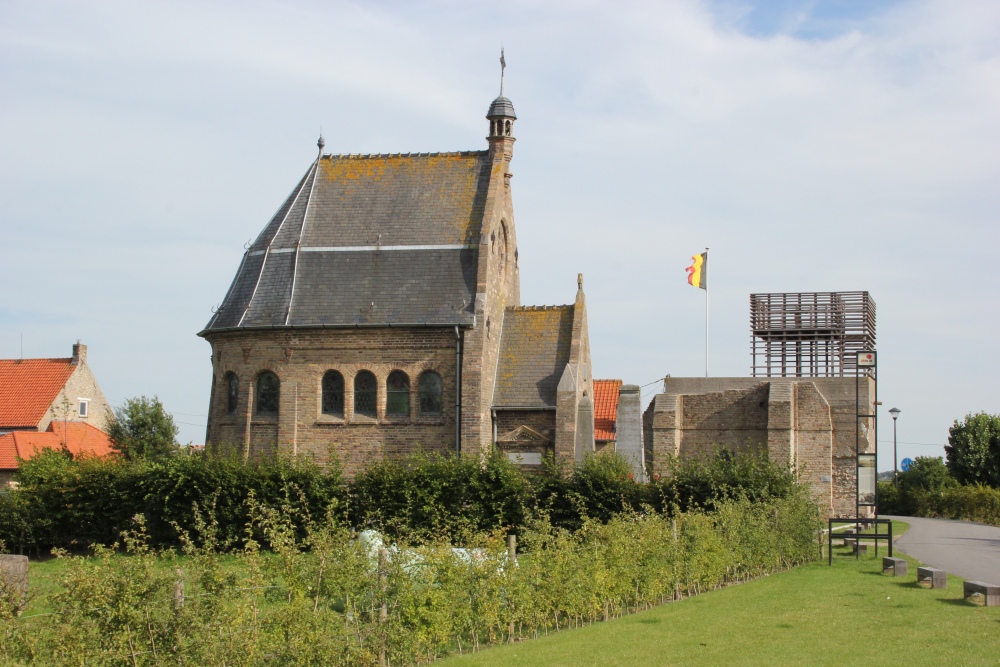 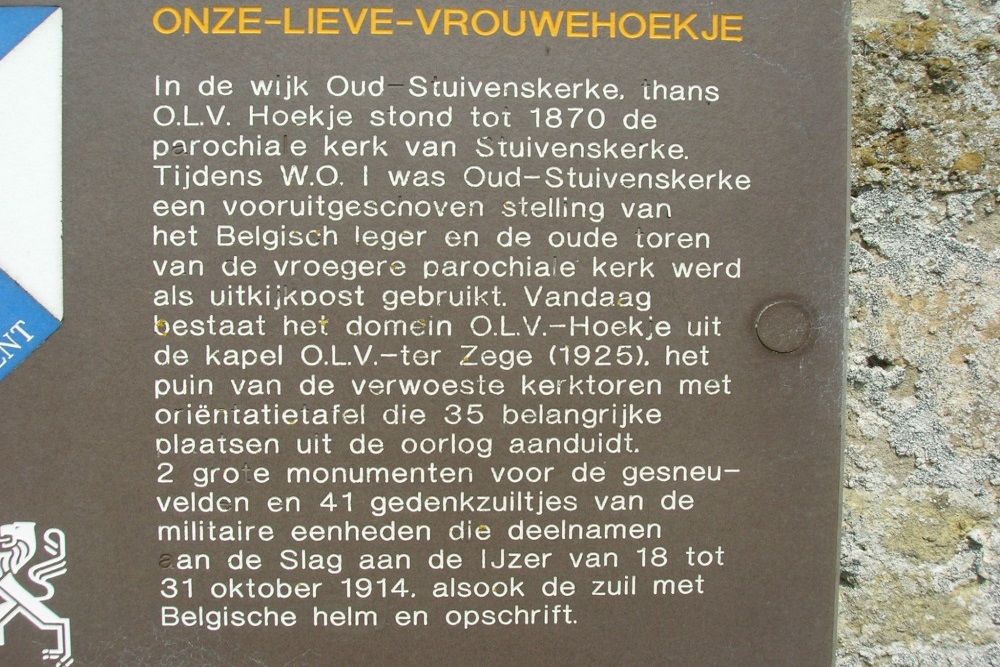 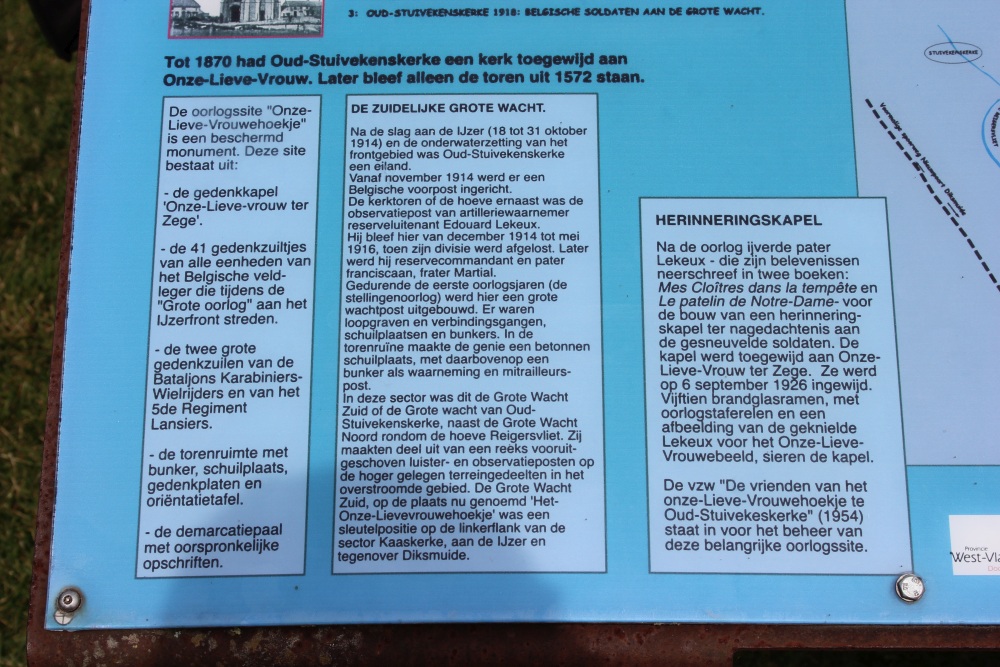 The Onze-Lieve-Vrouwhoekje consists of the Onze-Lieve-Vrouw ter Zege Chapel, the ruins of the church tower, one demarcation stone, two commemorative columns and 41 remembrance stones for the military units that took part in the Battle of the Yser from 18 to 31 October 1914. 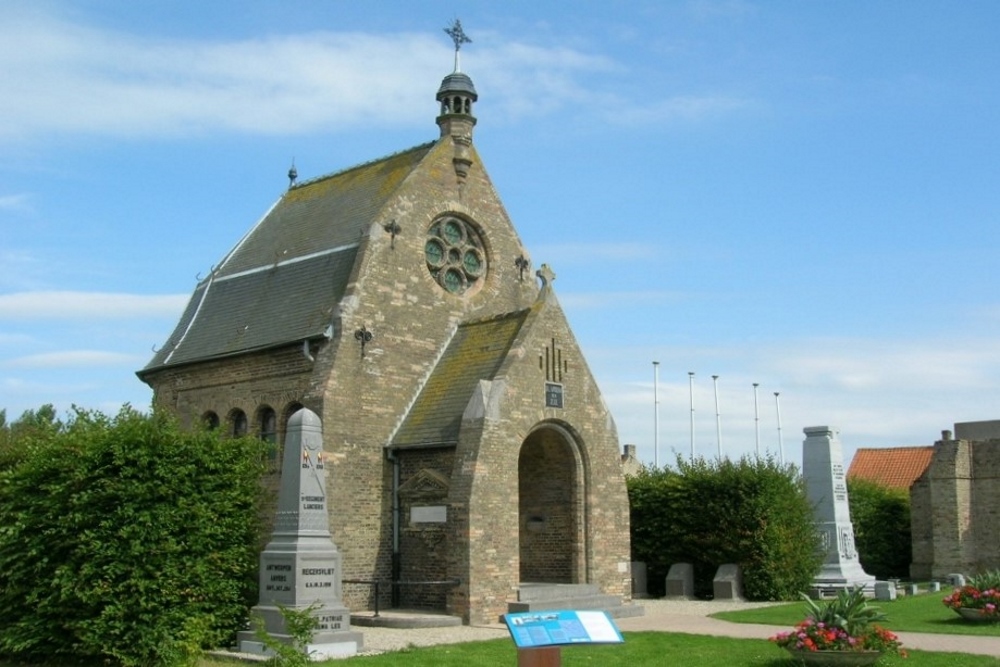 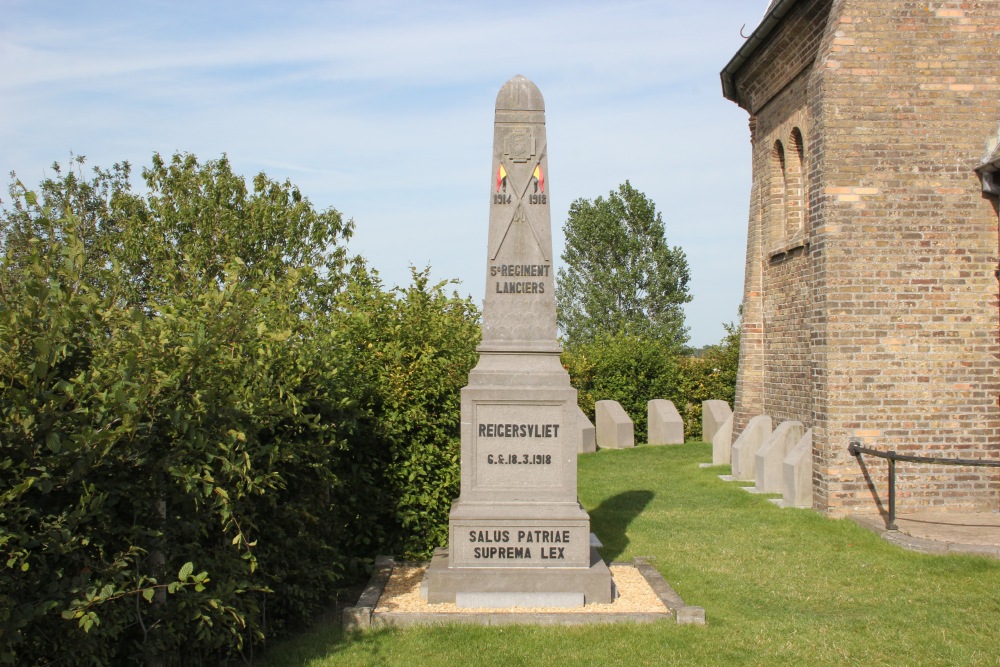 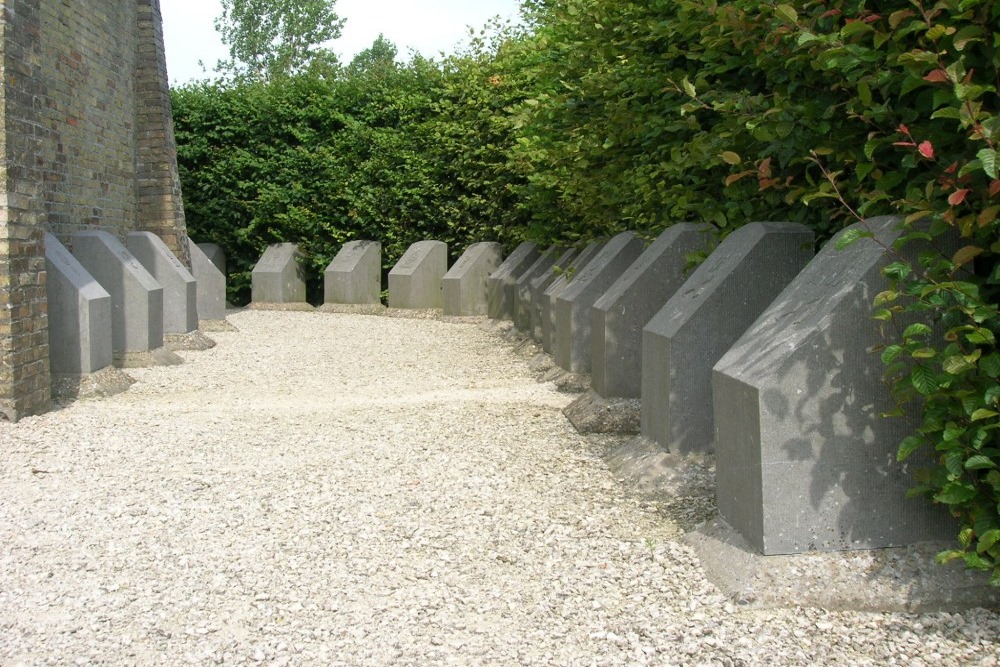 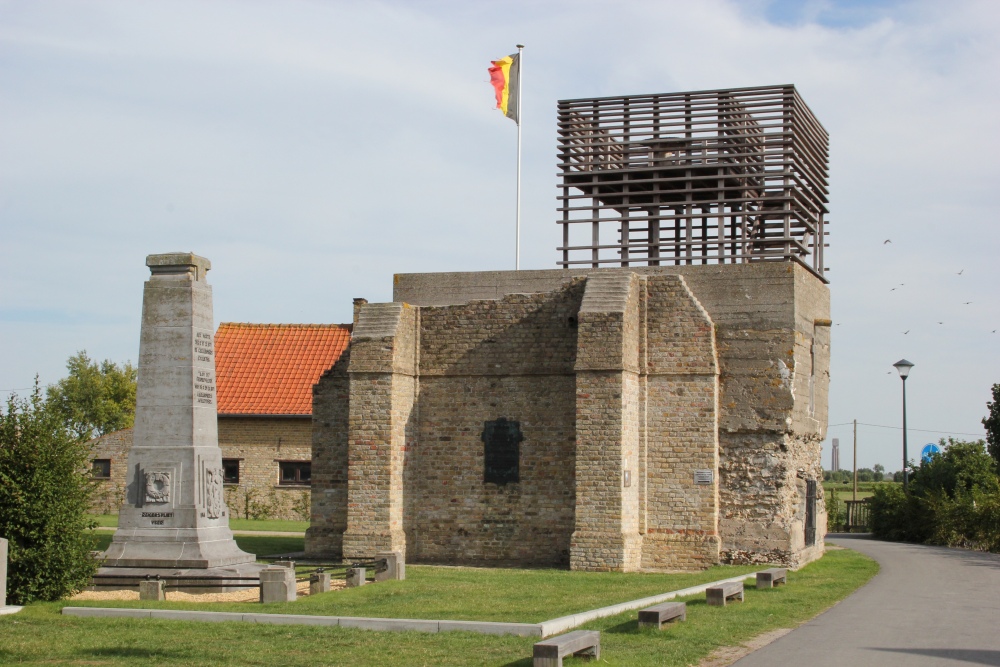