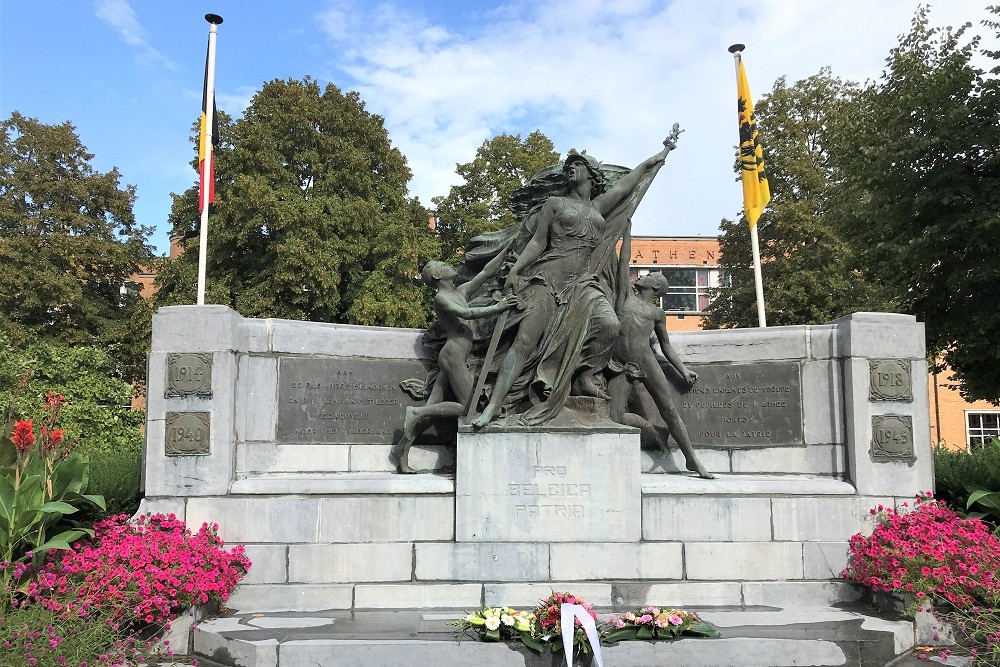 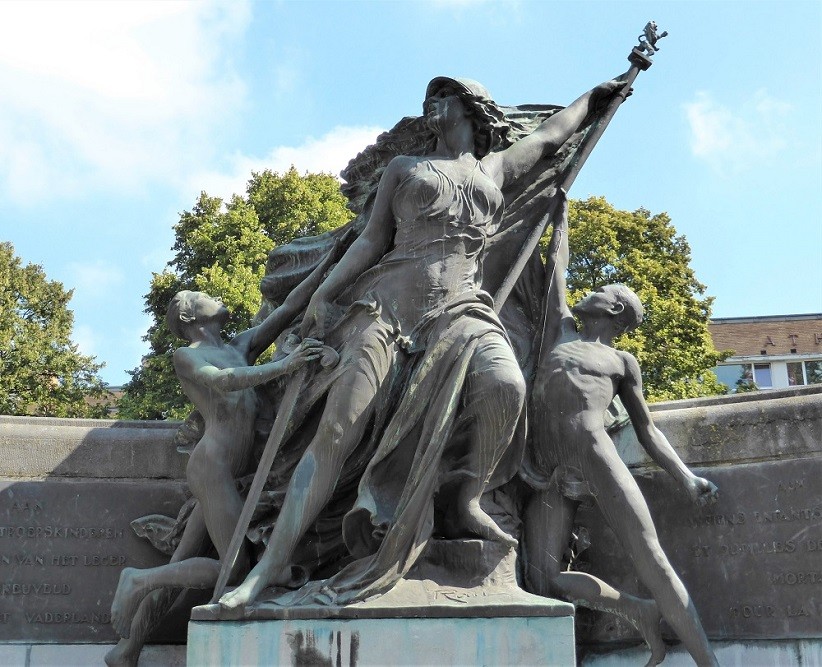 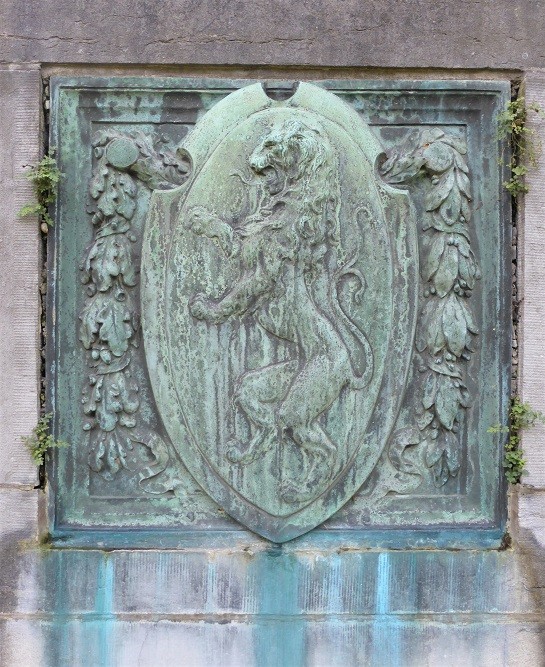 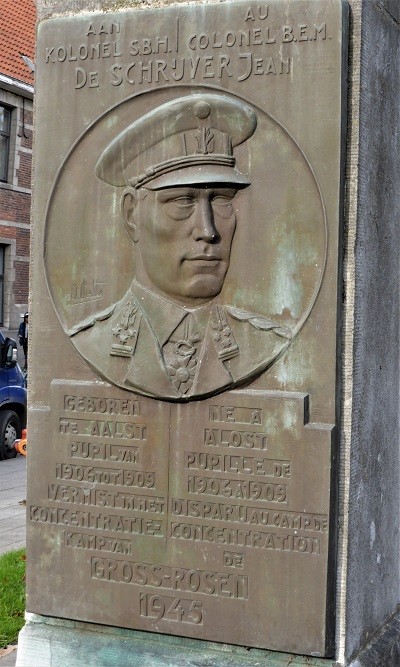 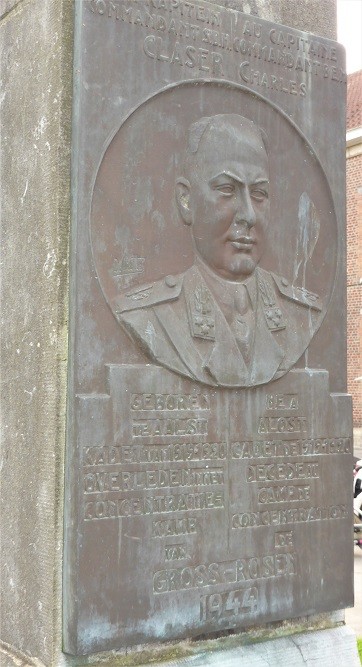 The national military war memorial 'Old Pupils, the Troop Children and Army Pupils' was erected in 1921-1922 on the Graanmarkt, opposite the entrance of the former Pupillenschool in Aalst, where boys received military training until the 1960s. inaugurated in July 1922 by Prince Leopold.