Roma and Sinti Memorial The Hague 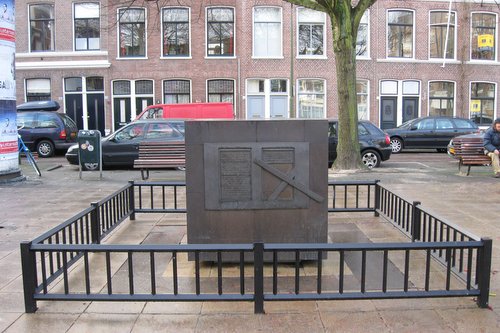 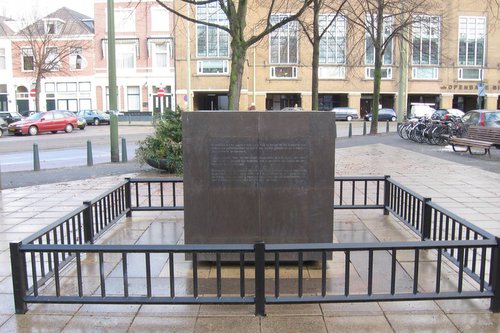 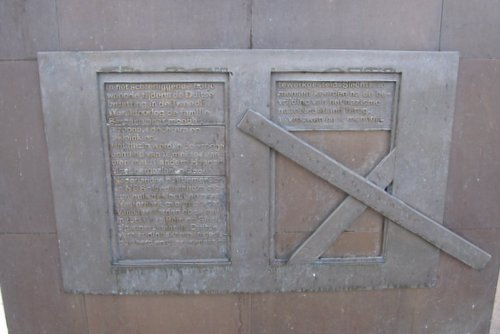 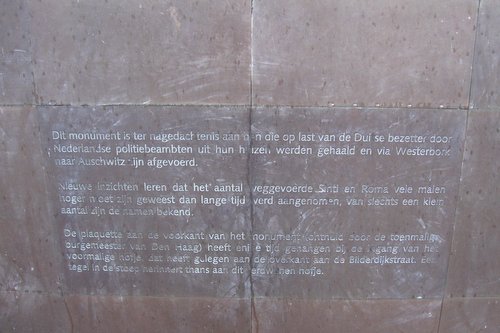 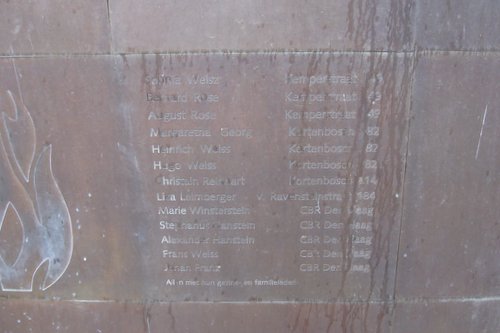 This monument can be found in the turn of the Vondelstraat opposite the Bilderdijkstraat and it has been erected in memory of the deportation of 112 Gypsies, Sinti and Roma from The Hague. The monument is a cube with a bronze plaque.

The text on the bronze memorial plaque at the front of the monument reads:
"During the Second World War under the German occupation the family Berger lived here in the court behind: father, mother, 3 sons, 4 daughters and 1 grandchild. The family was dragged from their home early in the morning of May the 16th, 1944 and sent to Westerbork together with 18 other Gypsy families from The Hague by Dutch police officers and NSB-Home Guard *."
On May 19th in total 245 Roma and Sinti were deported from Westerbork to the German destruction camps and either gassed or forced into hard labor. Only 30 people returned after the liberation from the Nazism. 16 women and 14 men.

The text on the backside of the monument reads:
"This monument memorizes those that were dragged from their homes by Dutch police officers on the orders of the German occupying forces and have been deported through Westerbork to Auschwitz."
New insights teach us that the number of deported Sinti and Roma must have been many times higher than had been assumed for a long time; only a few names are known.
The plaque at the front of the monument (unveiled by the mayor of The Hague at that time) was for some time placed at the entrance of the former enclosed yard, which was situated at the Bilderdijkstraat on the opposite side. A flagstone in the sidewalk reminds of this courtyard which has disappeared.

On the two sides of the monument the names of the deported victims can be read.

* A paramilitary Dutch force from members of the political National Socialist Party.