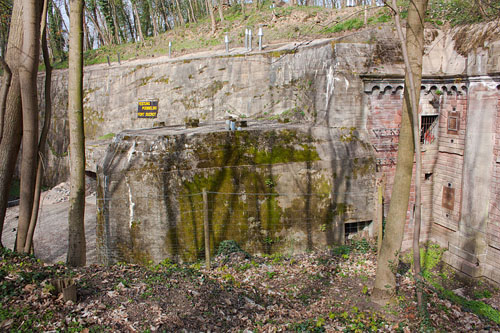 This German fort was built from 1879 to 1882 and modernized in 1911. The fort saw no action during the First World War, but was used by the German army. In 1918, French troops occupied the fort.

During the '30s, the fort became part of the Maginot Line and a concrete bunker was built here. It was used as storage site during the German occupation. In 1945, elements of the U.S. VII Army used this fort as bridgehead during the Battle of Gambsheim.