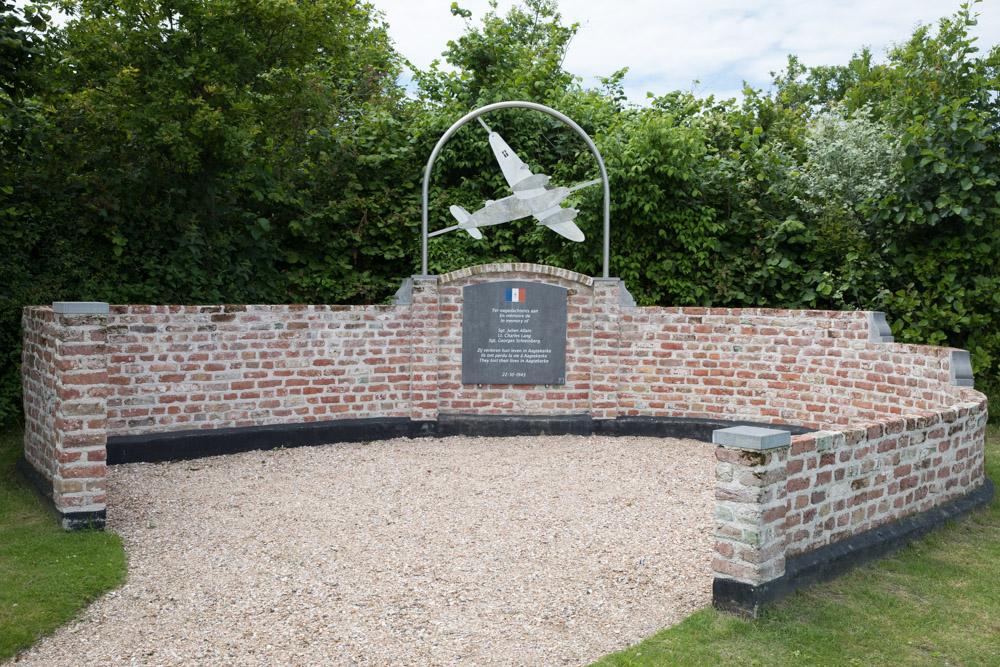 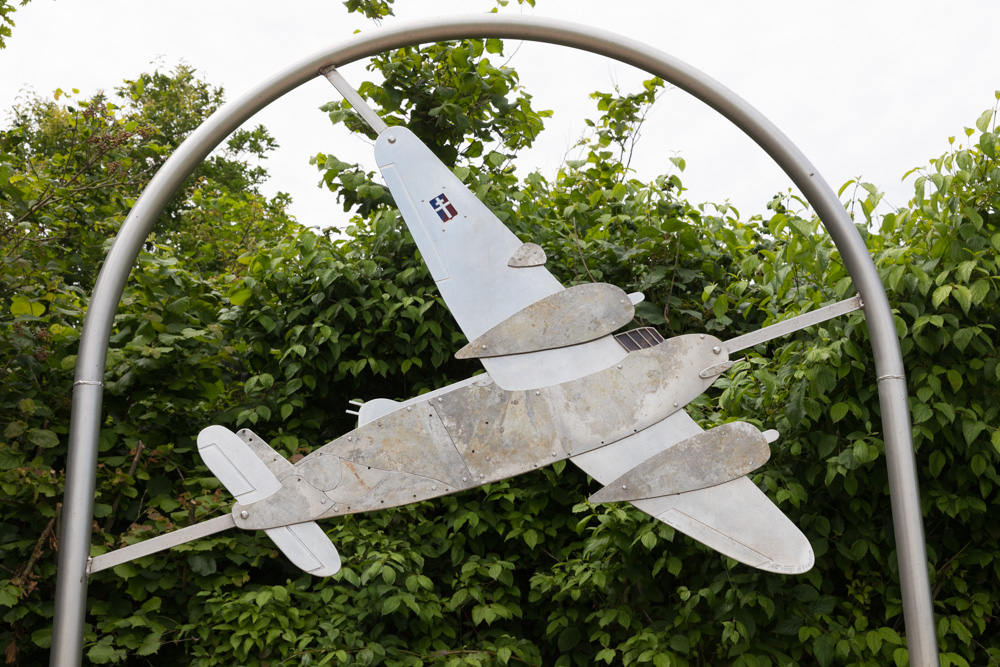 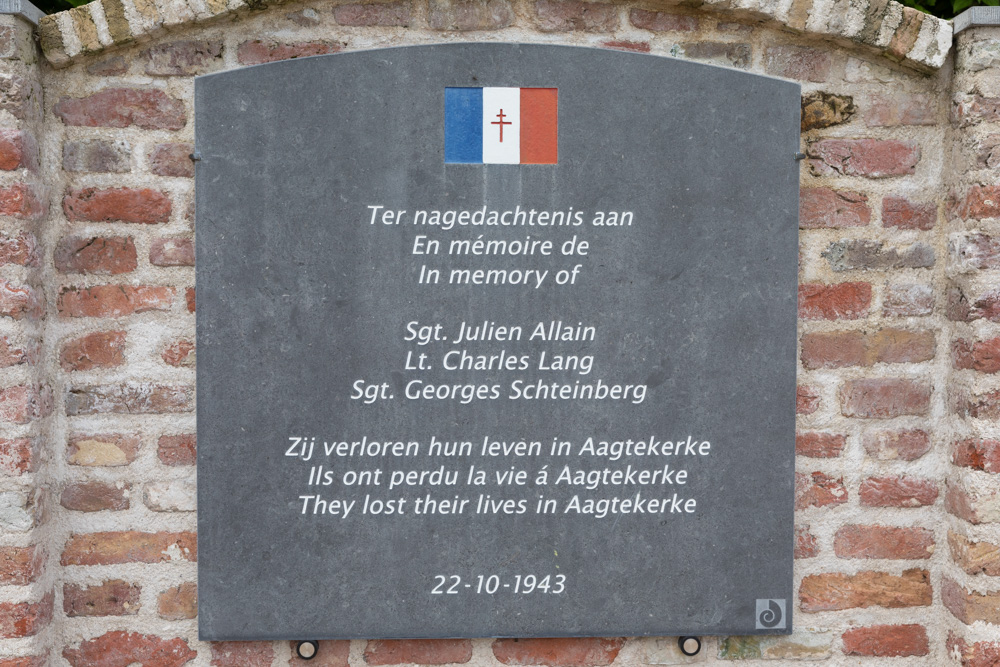 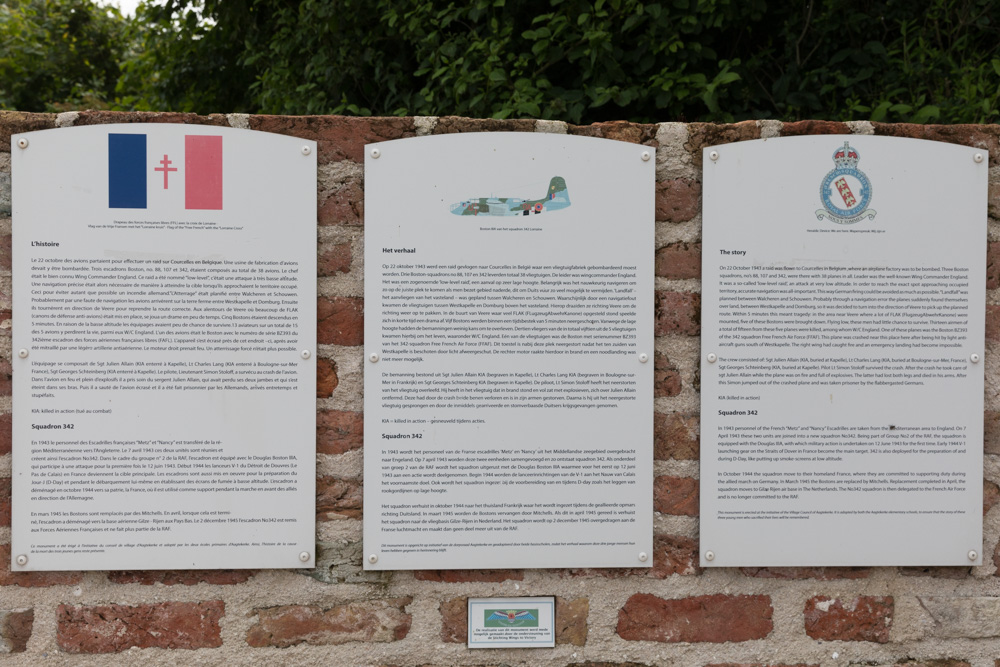 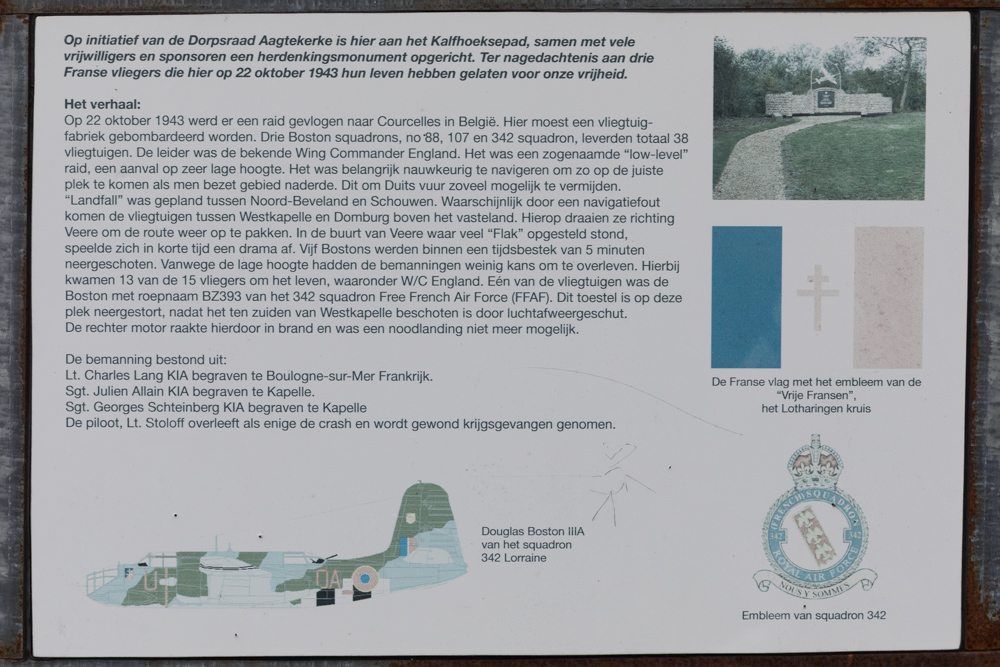 A monument at the place where the Boston IIIA of the Lorraine Squadron 342 crashed.

The story of the crash at Aagtekerke:
On October 22, a raid was flown to Courcelles in Belgium. Here an aircraft factory had to be bombed. Three Boston squadrons, no 88, 107 and 342 squadron, delivered a total of 38 aircraft. Its leader was the Wing Commander England. It was a so-called "low-level" raid, an attack at a very low altitude. It was important to navigate accurately in order to get to the right place when approaching occupied territory. This is to avoid German fire as much as possible. Landfall was between Walcheren and Schouwen. Probably due to a navigation error, the planes between Westkapelle and Domburg come above the mainland. They then turn in the direction of Veere to resume the route. A drama took place in a short space of time near Veere, where many Flak installations were situated. Five Bostons were shot within the space of 5 minutes. Due to the low altitude, the crews had little chance of survival. 13 airmen of the total 15 of the 5 aircraft were killed, including W / C England. One of the aircraft was the Boston with serial number BZ393 of 342 squadron Free French Air Force (FFAF). This aircraft crashed near this location, after it was shot at by light anti-aircraft guns south of Westkapelle. The starboard engine caught fire and an emergency landing was no longer possible.

Next to this memorial is a memorial for civilian .