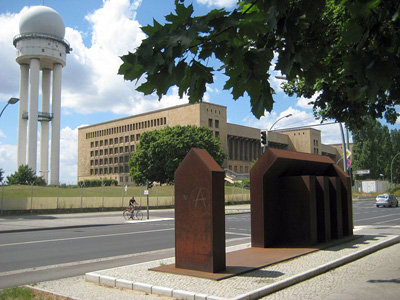 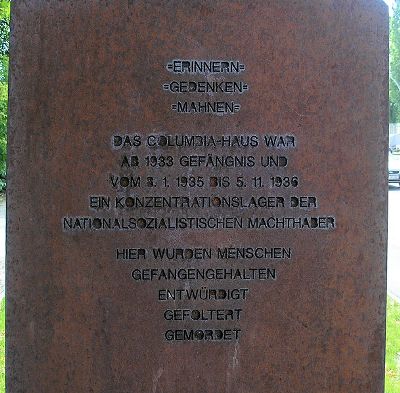 Concentration camp 'Columbia' was established on 27 December, within walls of the infamous Gestapo-prison 'Columbia-Haus'.

The camp population consisted of 400 prisoners, who were 'dangerous elements' in the eyes of the Nazi's. It was officially closed on 5 November 1946 and demolished in March 1938 due the expansion of the Berlin-Tempelhof airport.

The camp today:
There is nothing left of the 'Columbia-Haus', but on the spot where the camp once stood stand today a memorial in memory of KZ 'Columbia' and it's victims.