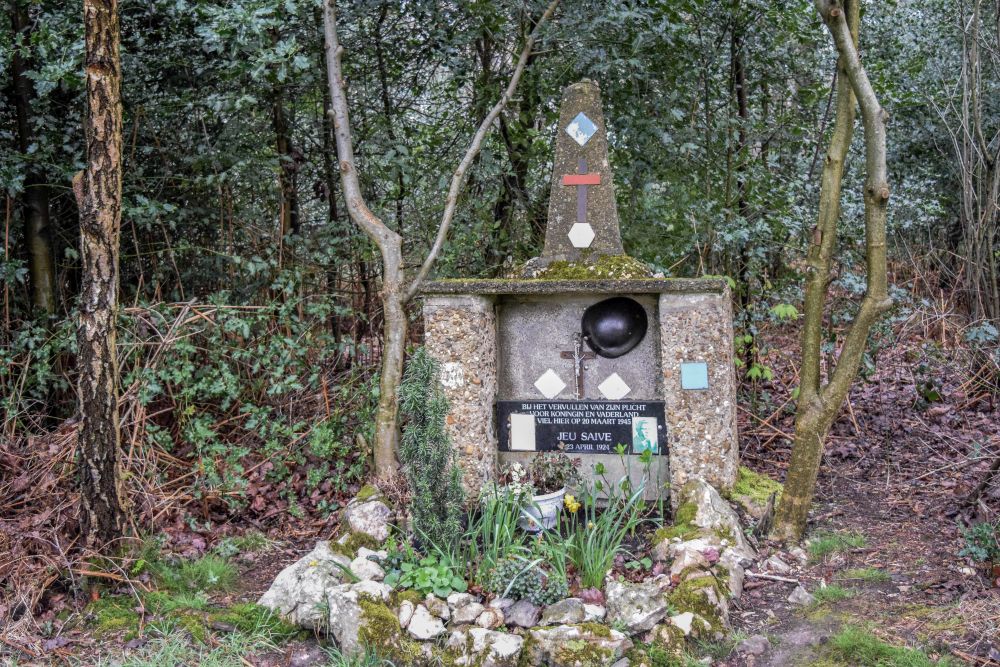 Jeu Saive was shot by members of Unternehmen Werwolf, a national socialist organization established by Himmler in 1944 to carry out attacks behind enemy lines. One of those attacks was on the mayor of Aachen, Franz Oppenhoff, who was appointed by the allies.

The planned assassination attempt on Oppenhoff was named Unternehmen Karneval. On March 20, a B-17 bomber seized from the Americans took off from German territory. That day, young Jeu Saive was on guard at the Wolfhaag border post at Vaals. During his checkout between 5 and 6 o'clock he would meet his girlfriend Tiny. Just as he was talking to her, Jeu saw a number of Germans walking. He asked his girlfriend for help and went after the Germans himself. Shots followed, in which Jeu was hit in his knee, groin and right side of the chest. A few hours later Jeu Saive died of his injuries at the border office. He was buried on Saturday 24 March in the Catholic cemetery in Vijlen.

On the spot where Jeu Saive was shot, near border post 4, is the memorial that is made up of different parts of coarse gravel and other types of artificial stone. Between two uprights of coarse concrete a helmet is mounted on a concrete slab, with a cross with crucifix underneath and again a granite slab with the text: Saive / April 23, 1924 '. The monument is maintained by local residents.