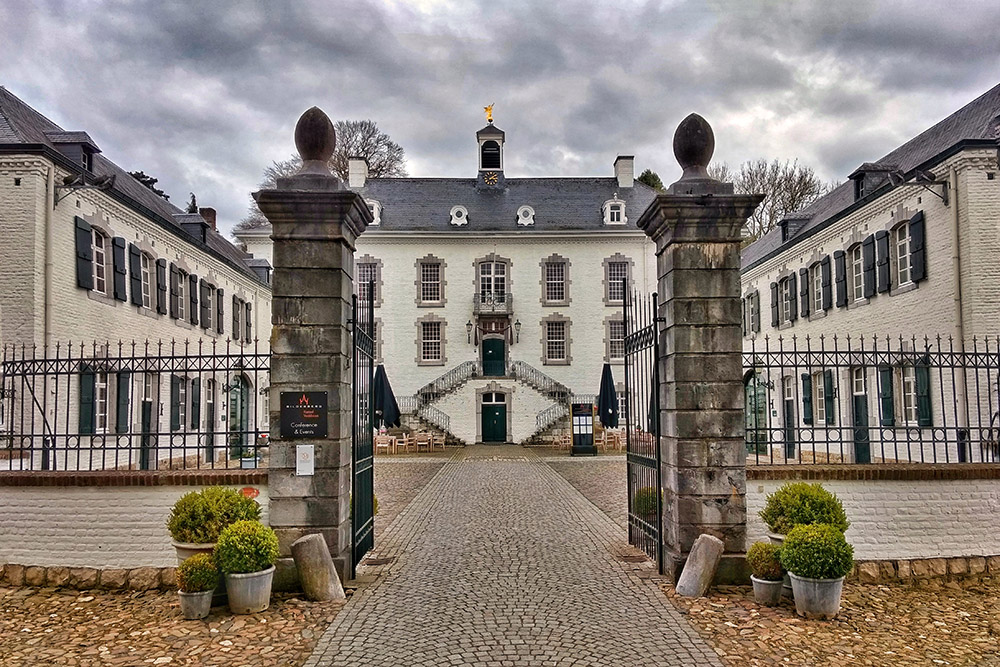 During World War II lived at Castle Vaalsbroek the elderly Otto von der Mosel, the only German in this area.
The castle on the border was with small interruptions inhabited by Dutch, German and Allied officers.
Chaplain Wermeling had led a resistance group in this area. In July 1944, by treachery ten members of the resistance group Gulpen-Wittem-Vaals were arrested. Seven of them were killed in the concentration camps.
With the liberation of Vaals in September-October 1944, the residents of this area took revenge on Otto van der Mosel and damaged a lot to the Castle Vaalsbroek.
The castle was confiscated after the Second World War as enemy property and transferred to the Dutch Administration Institute.
The castle is now used as a Hotel-Restaurant by Bilderberg.