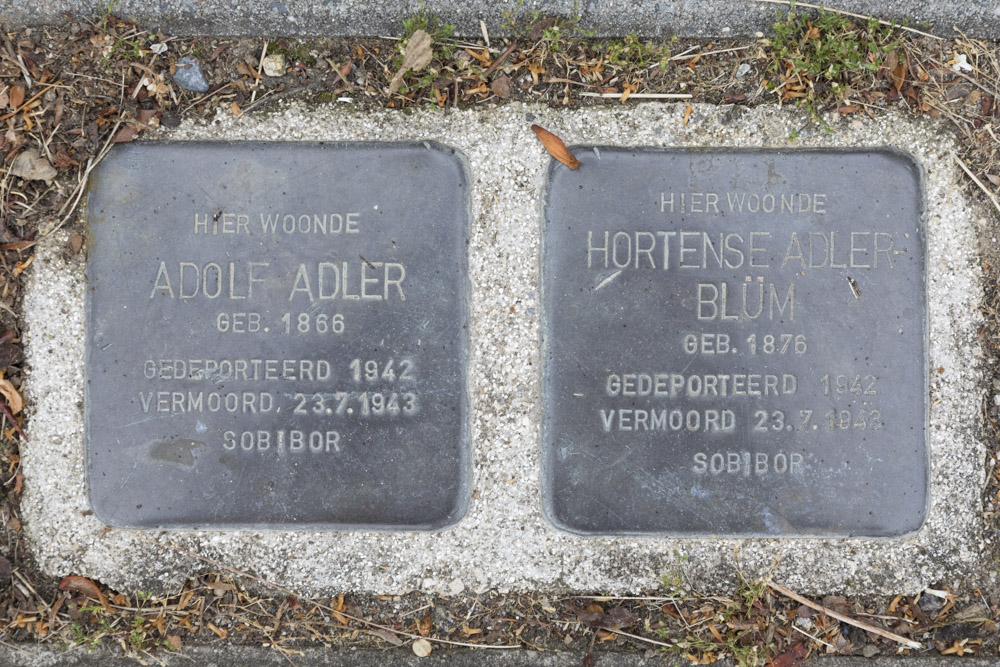 From the house at Maastrichterlaan 153 in Vaals are Adolf Adler, born in 1866 and Hortense Adler-Blum, born in 1876, deported in 1942 and murdered on 23 July 1943 in Sobibor.
By reconstruction of the street are the Stolpersteine ​​temporarily removed. According to the present residents they come back into the pavement for the house placed.