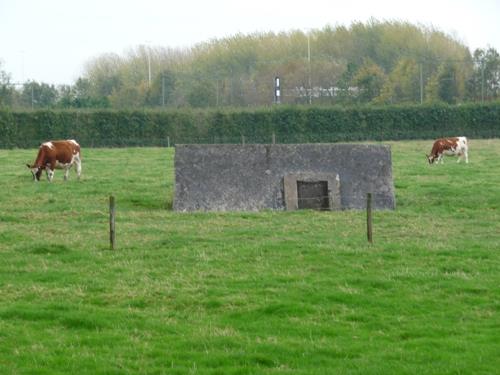 The Dutch group shelters, part of the New Dutch Water Line, were designed as a shelter by shelling and bombing, if the trenches between the shelters did not give enough coverage.

Some group shelters are equipped with a loophole so that they could also be used as casemate for a machinegun.