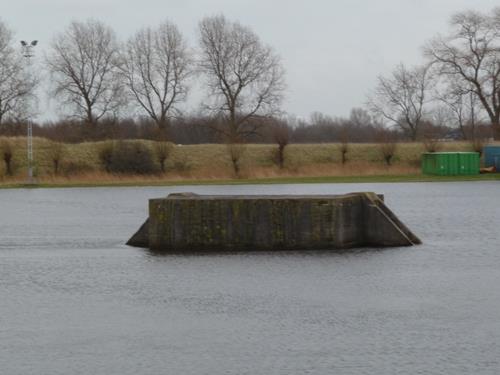 The bunkers were built during World War I. There were several different types; these are 1918 I (mirrored to each other). The shelters were built as an extra defense line between both forts in Spaarndam.